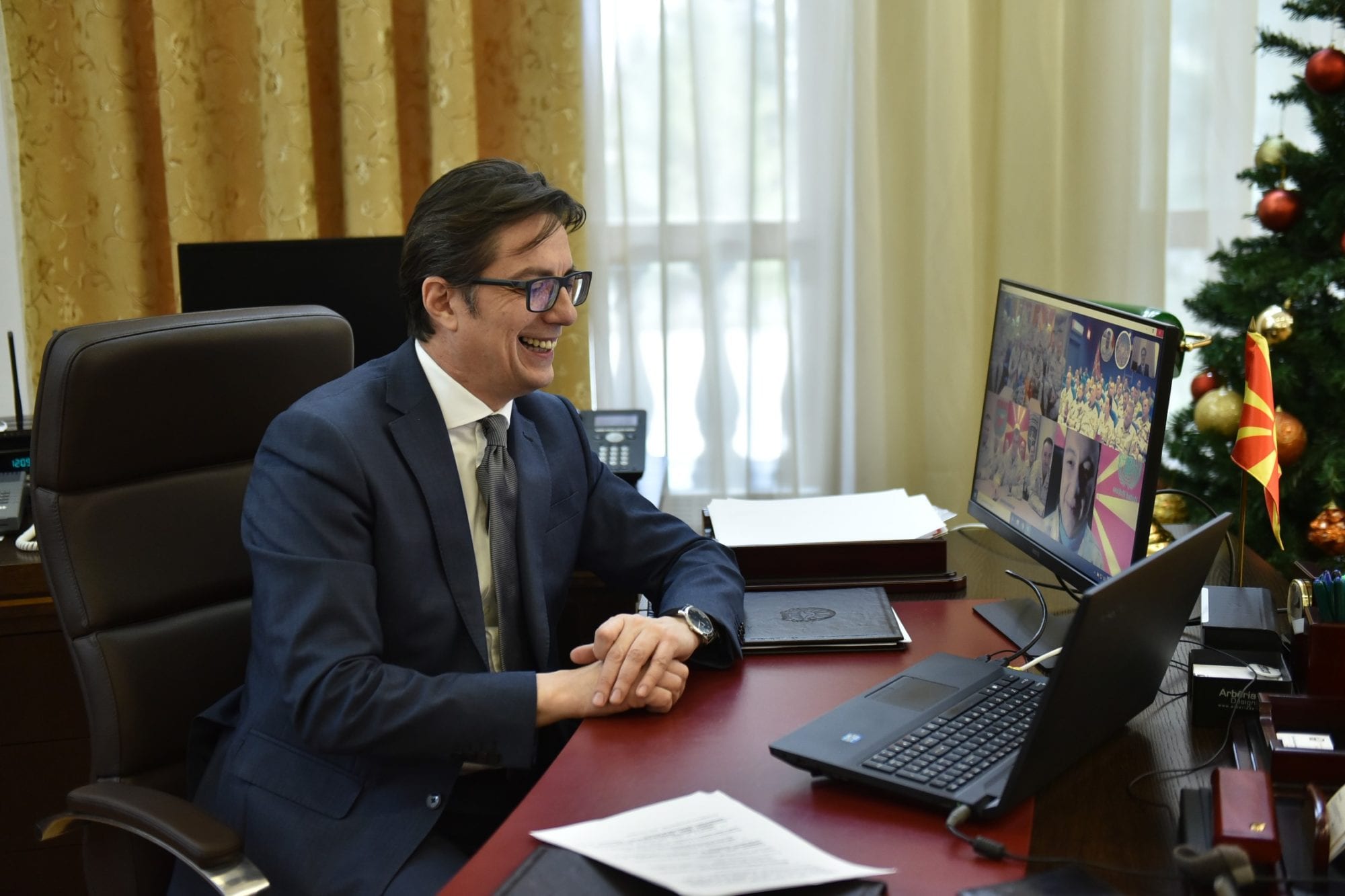 Members of the Macedonian contingents that are part of international peacekeeping operations “Resolute Support” in the Islamic Republic of Afghanistan, UNIFIL in the Republic of Lebanon and ALTHEA in Bosnia and Herzegovina briefed President Pendarovski on the current situation and presented their activities in the framework of the missions, expressing readiness to continue their professional, responsible and dedicated duties in the future.

President Pendarovski emphasized the extremely important contribution of the Army personnel to international missions, as a confirmation of our active involvement in the collective security system. The President noted that with the professional and motivated performance of their tasks, the participants in international peacekeeping operations consistently prove to be equal partner to the NATO allies, contributing to our country becoming the 30th member of the NATO Alliance. According to President Pendarovski, few areas in our country can be said to be at the European or world level, as is the case with our Army.

“If we look at all the reforms implemented since the 1990s, in your part, in the Army, where international missions are a crucial part thereof, we have by far the best reforms. No other area in the country can be compared to the reforms that have been made in your area and it is indisputable that Army members set the highest possible criteria”, President Pendarovski said.

Congratulating them the upcoming holidays with wishes for health, peace and prosperity, President Pendarovski wished the Army members a successful and peaceful mission, as well as safe return home to their loved ones.