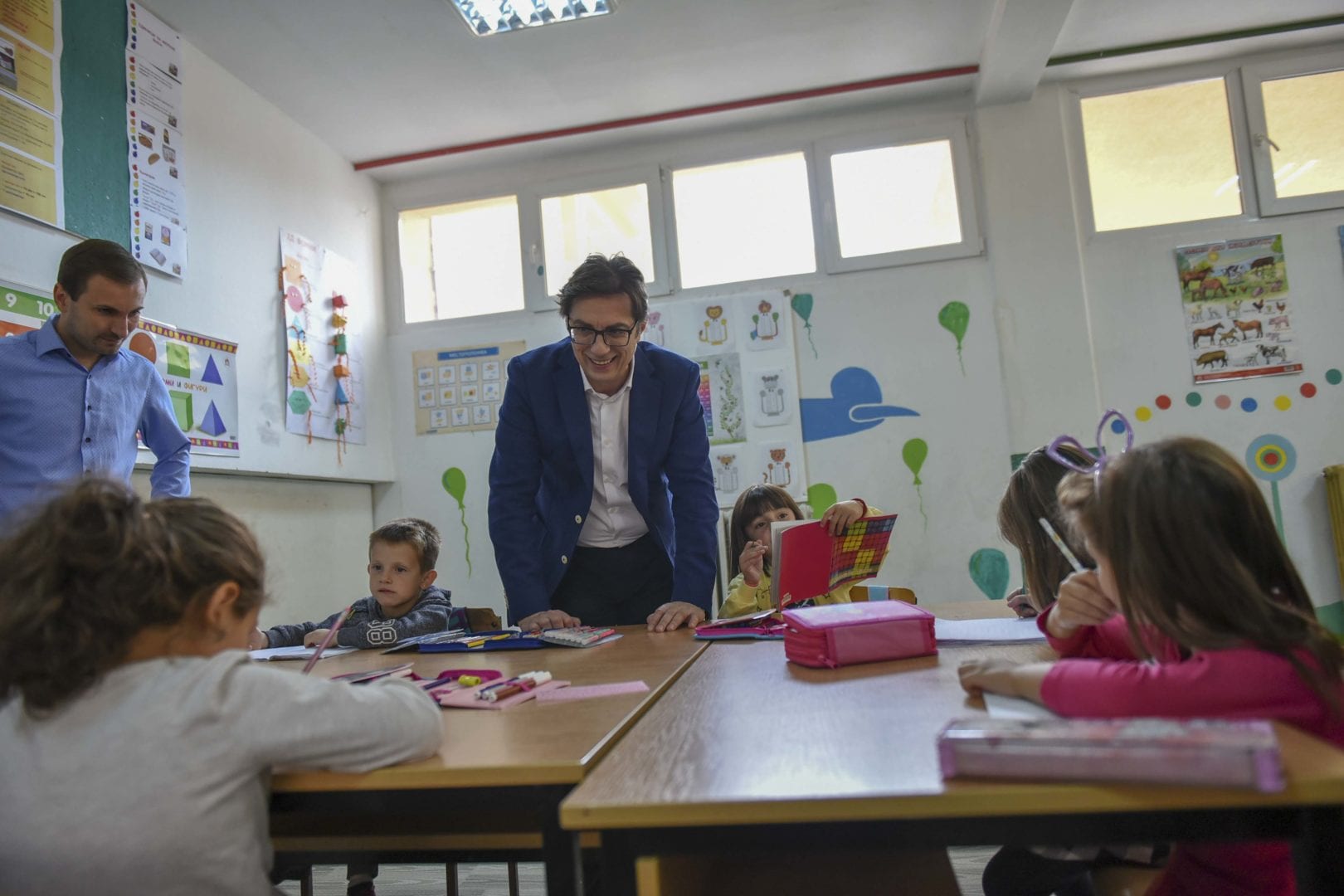 The President of the Republic of North Macedonia, Stevo Pendarovski, as part of the “Face to face with the President” project, visited today the Municipality of Veles.

President Pendarovski at the outset of the visit, together with Mayor Ace Kocevski, planted seedlings on the burned sites near Lake Mladost. It is an area of ​​409 ha caught by fire in late August. Currently, the site is being cleared and prepared for forestation.

The idea of ​​such visits, as President Pendarovski said, is to meet the citizens in their homes, workplaces, institutions, to talk about their problems and the opportunity to help them.

“I know that I have no direct competence for many of their problems, but of course, I can speak out loud, warn the relevant institutions, and appeal to them speed up the things. Since main goal of politicians is to make life easier for the citizens, I think it is good that we go to them and talk to citizens across the country on a daily basis, not waiting for them to write us a letter”, the President said.

President Pendarovski stressed that in this way he gives his support to the mayors in fulfilling their duties.

It happens sometimes that the mayor’s voice fails to reach Skopje, the central government and if there is such miscommunication between the ministries and some of the municipal authorities, I can help”, President Pendarovski said, adding that although he, as President, has no direct authority in resolving problems of local nature, does not prevent him from communicating with the municipalities and trying to help.

During his visit to Veles, President Pendarovski visited the Territorial Fire Brigade in Veles, where he became closely acquainted with the working conditions. At the meeting with the unit commander and firefighters, the need for investment in human capital and material assets was identified. The meeting was also attended by firefighter Nihat Bajrovic, who was injured during the fire-fighting intervention in Sopot in August.

“I generally agree that the situation with the personal protection and equipment used by these units is not satisfactory, but efforts are being made in that direction and I hope it will be visible in Veles and elsewhere where necessary”, President Pendarovski emphasized the importance of talking about these problems in a timely manner, not only when such unfortunate events occur.

President Pendarovski in Veles visited the Bogdanovski family, famous for making violins. Svetozar Bogdanoski is a painter, self-taught violin maker who started making this instrument more than three decades ago for his son’s needs.

During his visit to Veles, President Pendarovski met with representatives of civil society organizations and visited the Goce Delchev Library, where he met with Peace Corps volunteers who assist citizens of Veles in learning English and with local media journalists.

The “Face to Face with the President” project was announced in President Pendarovski’s election program. The aim is through visits to municipalities in North Macedonia, President Pendarovski to meet as many citizens as possible and to listen closely to the problems and challenges that the citizens face, as well as share ideas for overcoming them.