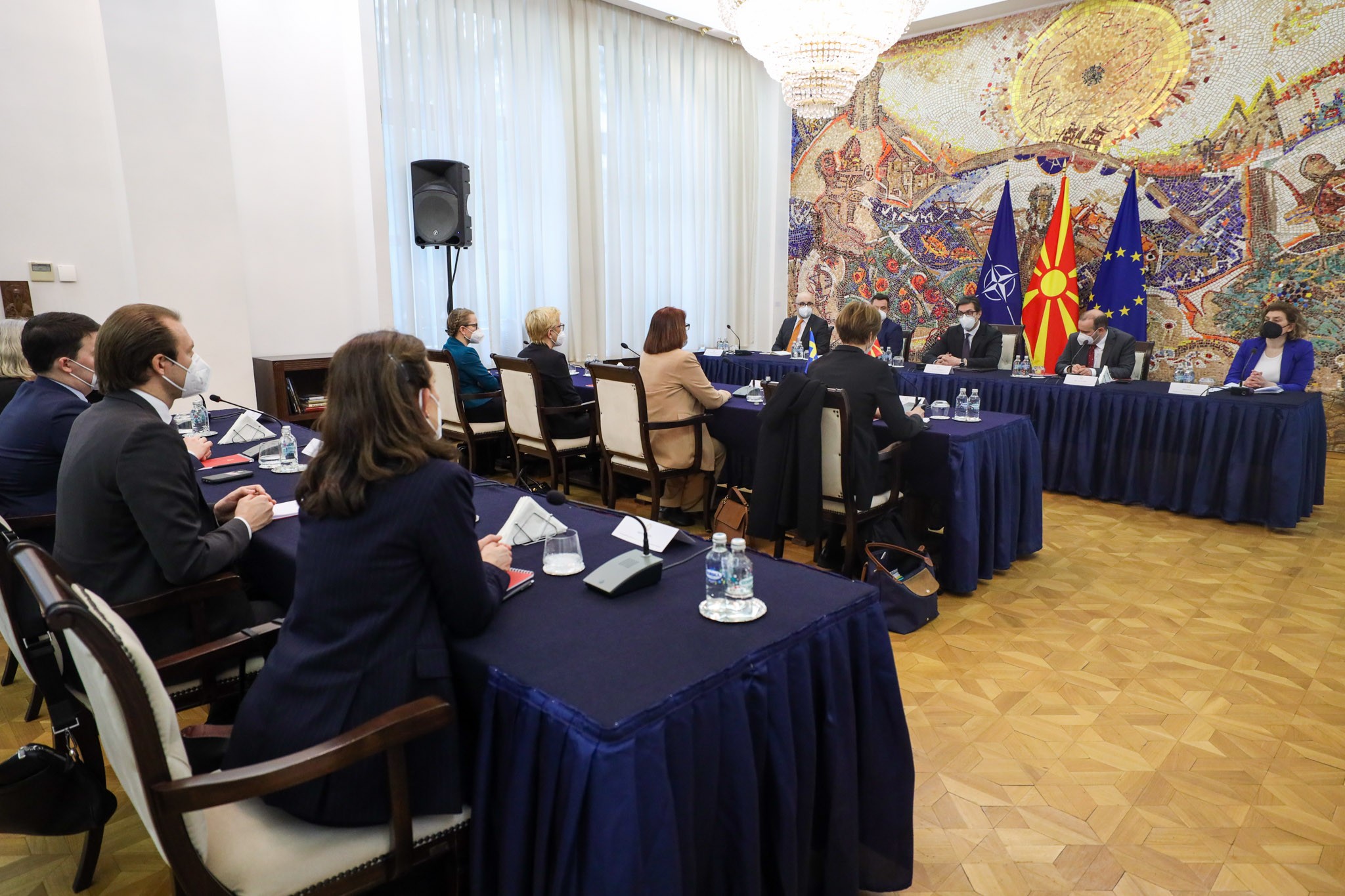 President Stevo Pendarovski received today a delegation of the Steering Group for Democratic Development of the Parliament of the Kingdom of Sweden (Riksdag), which is paying a working visit to the Republic of North Macedonia, within the framework of bilateral cooperation between the parliaments.

It was concluded at the meeting that North Macedonia and Sweden are developing dynamic and friendly relations and also issues related to the utilization of the potential for enriching the mutual cooperation in several spheres were discussed.

President Pendarovski expressed his gratitude for the Swedish principled support, for the continuous commitment to the EU enlargement process and the efforts to overcome the challenges in the Macedonian file. He said that the opening of accession talks with North Macedonia is crucial for encouraging progress and creating favorable conditions for other open files and for the stability and prosperity of the entire region.

The President also thanked Sweden for the continuous development support in sharing experiences and strengthening the capacities of the institutions in the country, especially in the field of democracy, rule of law, human rights, gender equality, climate change, protection of ecosystems and inclusive economic development.

Political and security developments in the region and beyond were also discussed at the meeting.