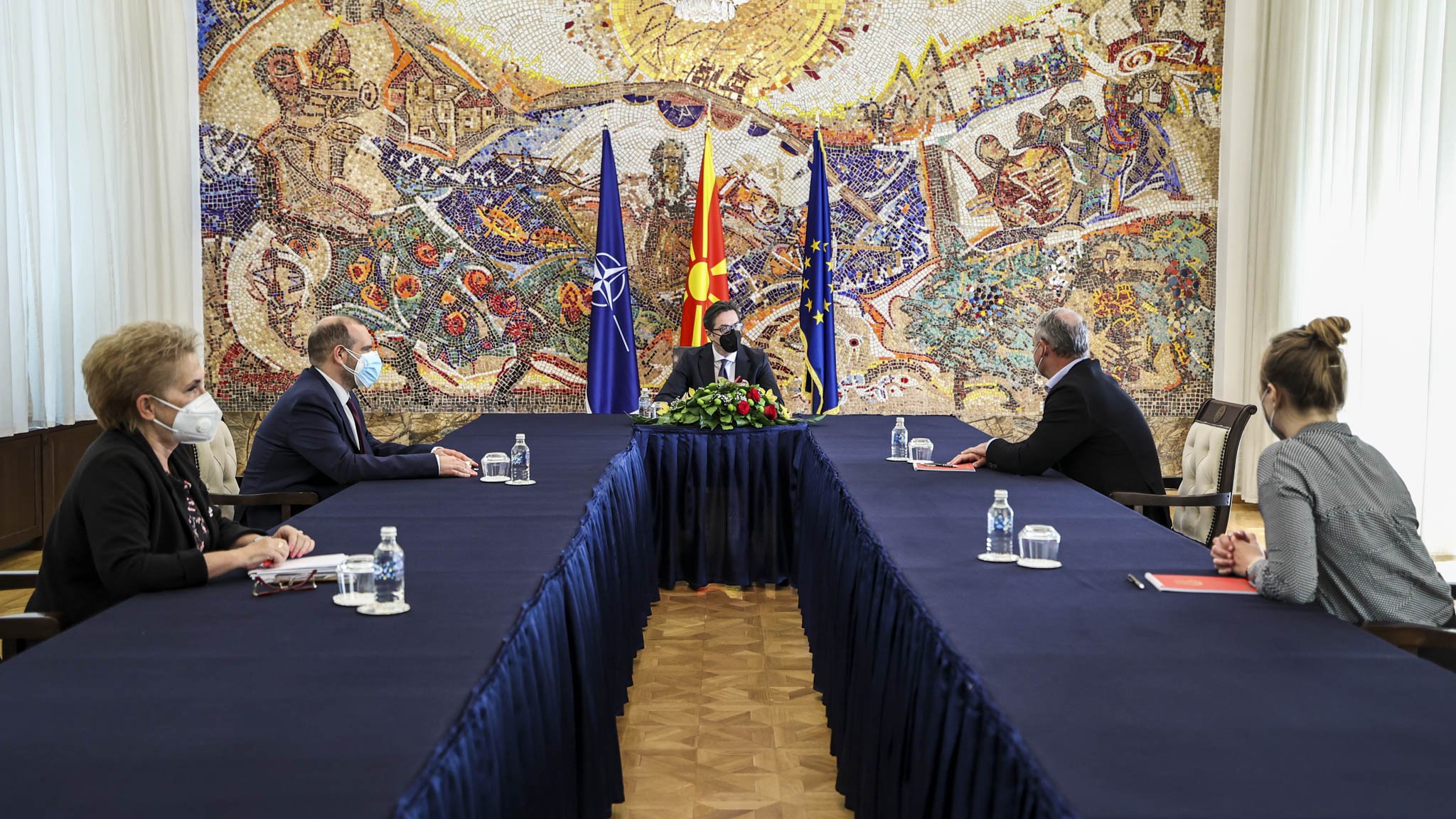 At the meeting, President Pendarovski stressed that the Republic of North Macedonia highly appreciates the strong support of the European Parliament and that it contributes to improving the political atmosphere in the country and accelerates the process of accession to the European Union. In that regard, the President expressed satisfaction with the latest Resolution adopted by MEPs, which impartially notes the real picture of the reforms achieved and the political situation in the country.

It was pointed out in the talks that despite the difficulties caused by the Covid-19 pandemic, North Macedonia remains strongly committed to the European integration process.

President Pendarovski thanked for the engagement of the Austrian MEP Schieder and reaffirmed the expectations for the soonest possible adoption of the Negotiating Framework and the holding of the First Intergovernmental Conference with the European Union during the Portuguese Presidency.