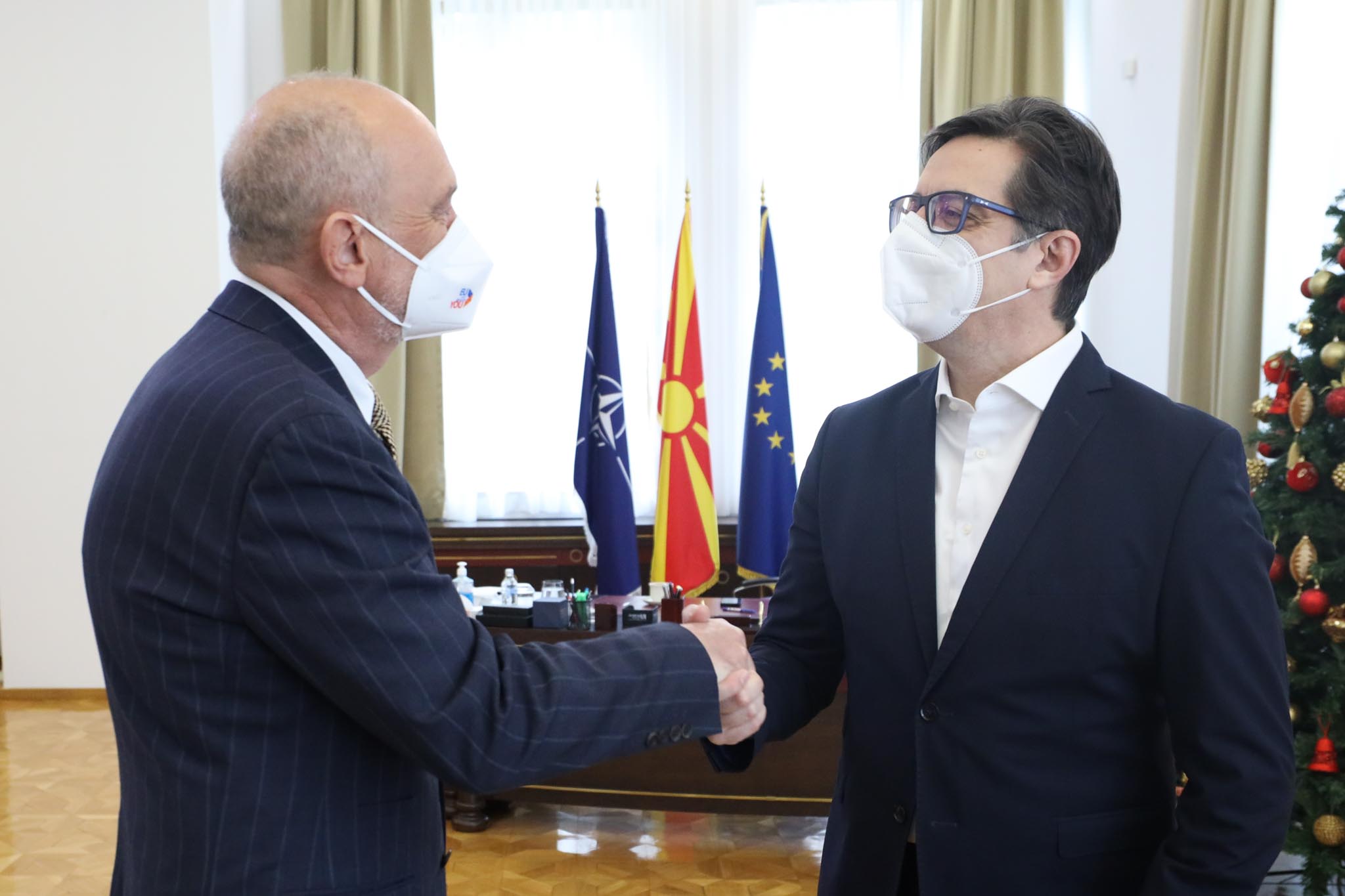 At the meeting, the interlocutors discussed the political developments in the country ahead of the formation of the new government, as well as the expectations and opportunities for progress regarding the European perspectives of North Macedonia.

In that context, President Pendarovski stressed that North Macedonia remains focused on the European agenda and ready for dialogue with the Republic of Bulgaria in order to overcome the current situation. At the same time, President Pendarovski stated that the valorization of our country’s progress and the start of accession negotiations, in accordance with the recommendations of the European Commission, will be an additional impetus for the reform process, especially in key areas such as combating corruption and the rule of law.

It was pointed out at the meeting that the start of accession negotiations with the European Union will significantly affect the regional cooperation, stability and progress of the region.