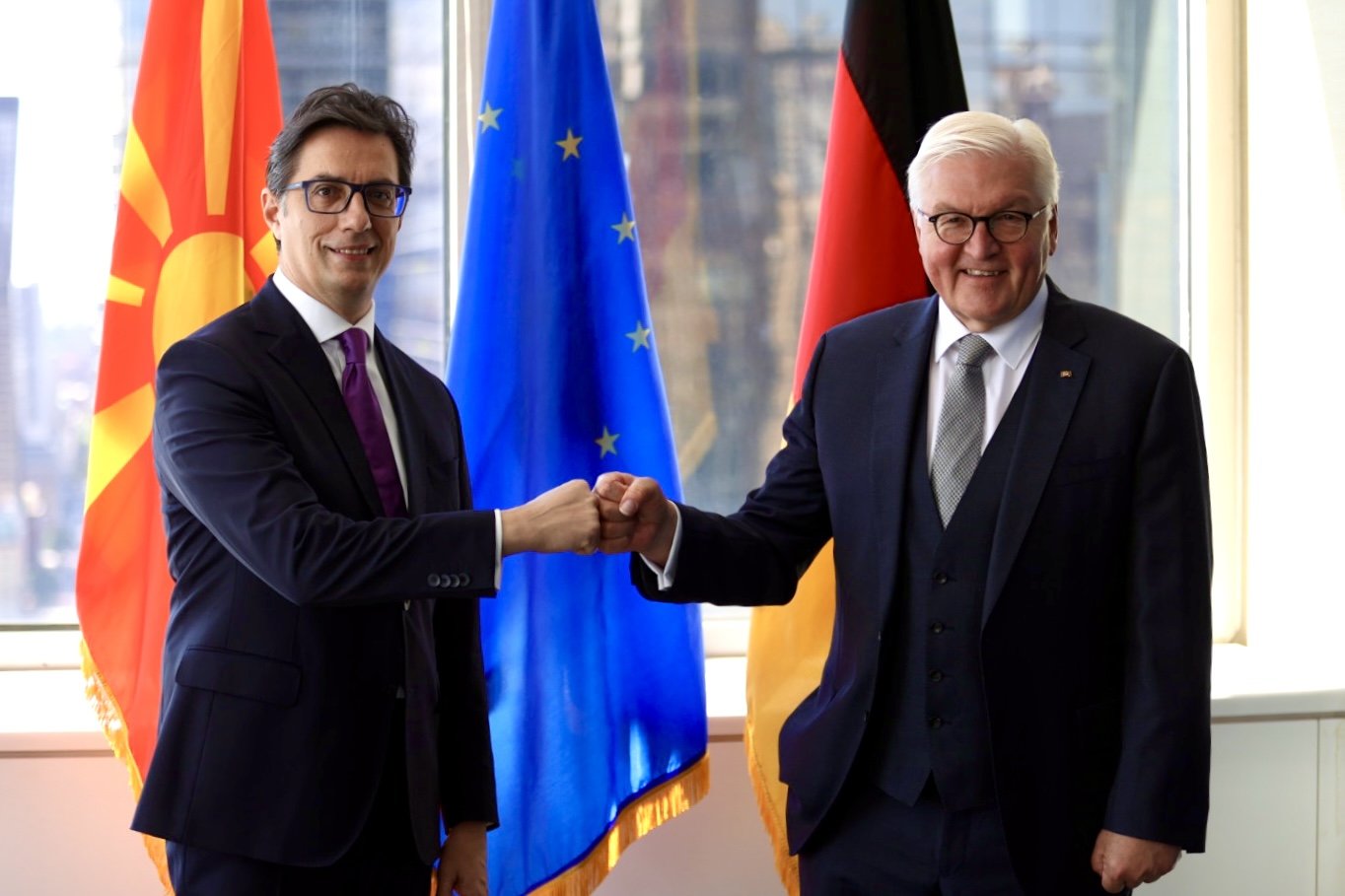 During his visit to the United States on the occasion of his participation in the 76th United Nations General Assembly, President Stevo Pendarovski met with the President of the Federal Republic of Germany, Frank-Walter Steinmeier, in New York.

The two presidents exchanged views and information on the current situation in both countries. President Steinmeier expressed his deepest condolences for the tragedy in the Tetovo modular hospital.

President Pendarovski thanked President Steinmeier for his personal efforts and engagement, as well as for Germany’s continued support for our European integration.

President Pendarovski stressed that building friendly relations with Germany, based on an honest and trustworthy approach, are of exceptional importance for the Republic of North Macedonia.

In that context, the interlocutors exchanged views and information on the latest developments related to our European integration and concluded that the start of accession negotiations between North Macedonia and the European Union will positively affect the overall socio-political climate in our country and will further stabilize the situation and bring prosperity to the region.

The interlocutors exchanged views and information on the latest developments in the Western Balkans region.