President Pendarovski meets with Niko Peleshi, Minister of Defense of the Republic of Albania 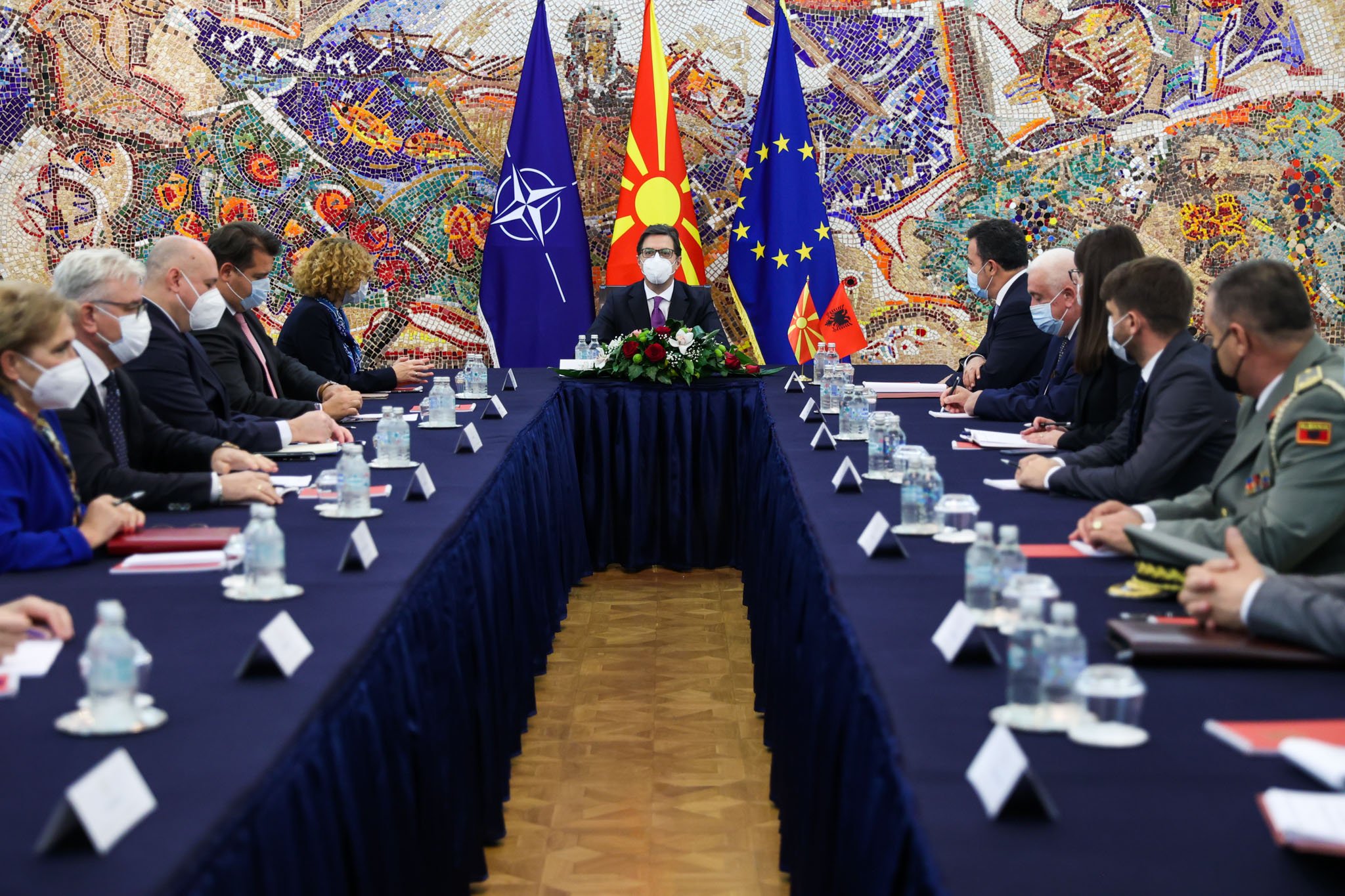 The meeting focused on the promotion of bilateral defense cooperation between North Macedonia and Albania, which is now at a satisfactory level, and expressed expectation for strengthening this cooperation through open and constructive dialogue on issues of mutual interest.

In the context of cooperation in NATO, as two full-fledged members and neighbors, the interlocutors concluded that the harmonization of positions between the two countries is positive and expressed expectation that it will continue in the future.

The latest developments related to the European integration of North Macedonia and Albania were also discussed at the meeting and opinions and information were exchanged on the expectations in both countries ahead of the European Union meetings to be held until the end of this year.

President Pendarovski and Minister Peleshi also referred to the cooperation within the regional initiatives, aimed at promoting and advancing regional stability and security.