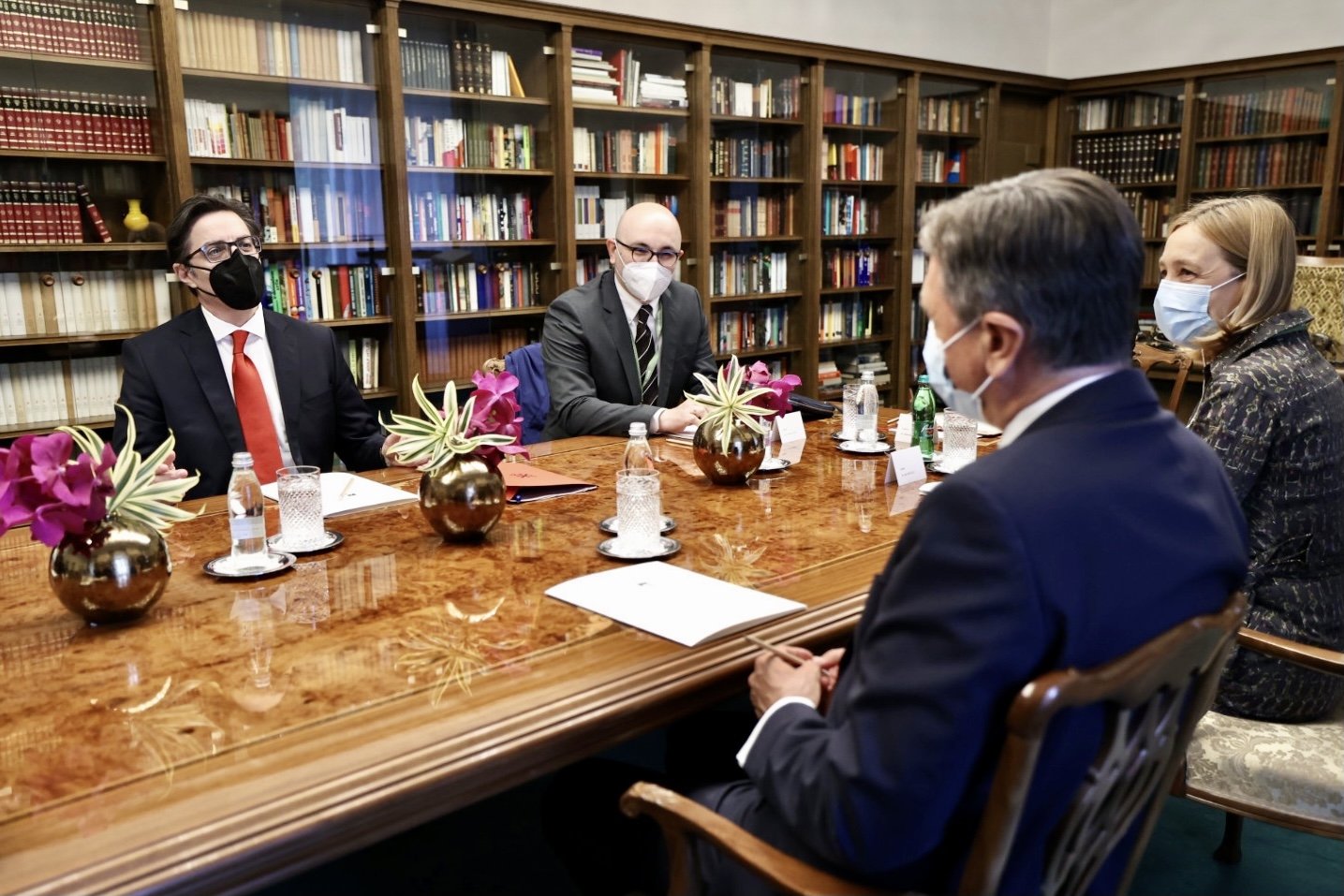 At the meeting with President Pahor, President Pendarovski stressed that the country strongly values ​​Slovenia’s determination and support for the EU enlargement policy with the Western Balkan countries, as well as the announcement that it will be among the top priorities in the agenda of the Slovenian Presidency of the Council of the European Union in the second half of 2021.

The two presidents also discussed the situation with the COVID-19 pandemic and dealing with its consequences.

At the meeting with the President of the Republic of Croatia, Zoran Milanovic, President Pendarovski thanked for the strong and continuous support for the European aspirations, confirmed during the six-month Croatian presidency of the Council of the European Union, when the decision to open accession negotiations for membership of North Macedonia in the EU was made.

The integration of North Macedonia and of other Western Balkan countries into the EU, as was emphasized at the meeting, will contribute to the permanent stabilization of the region, as well as its prosperity.

The two interlocutors exchanged information on the current situation in both countries in the context of dealing with the COVID-19 pandemic, as well as the challenges in dealing with the health, economic and social consequences.

At the meeting, it was agreed that President Pendarovski will pay soon a visit to the Republic of Croatia and thus the dialogue between the two countries at the highest level will continue.