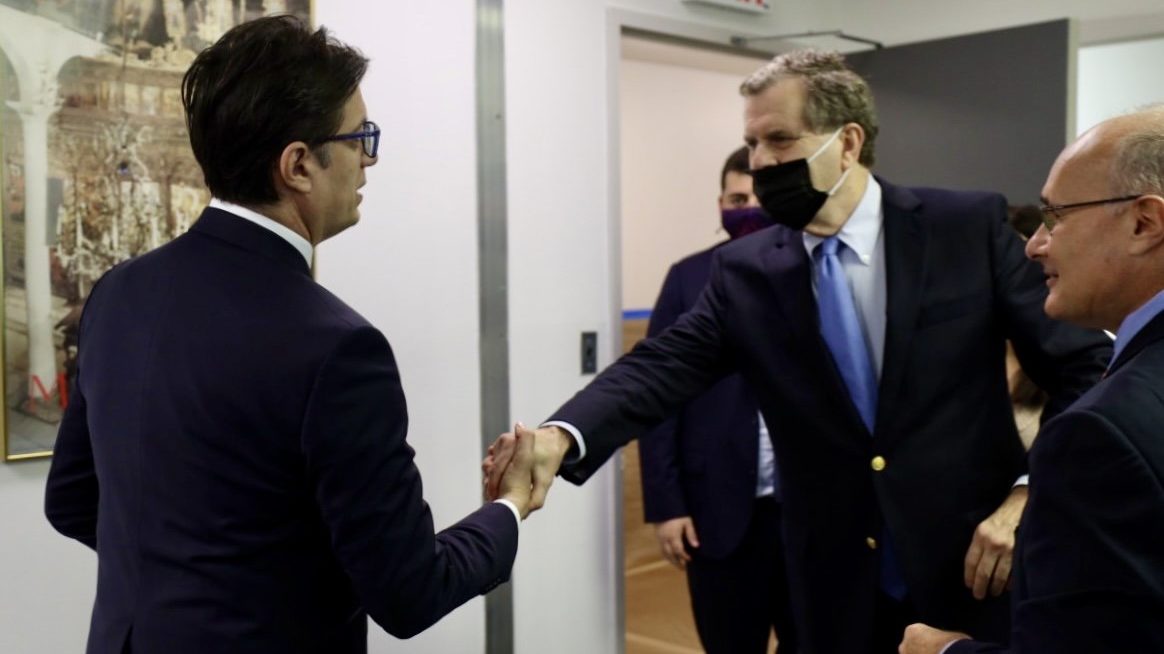 President Stevo Pendarovski met with representatives of the American-Jewish Committee in New York during his visit to the United States on the occasion of his participation in the 76th United Nations General Assembly.

President Pendarovski expressed satisfaction with the bilateral relations of North Macedonia with the United States and Israel, to which our country attaches great importance and expressed constant interest in further promotion and strengthening of relations in all areas of mutual interest with both countries.

At the meeting, President Pendarovski stressed the importance of maintaining regular contacts with Israeli counterparts, as well as with representatives of the American Jewish Committee, the World Jewish Congress, the Jewish Agency, and Holocaust survivors.

In this context, the President expressed expectation that the excellent level of dialogue, cooperation and mutual respect and understanding with the American-Jewish Committee in the coming period will continue with the same dynamics. He also expressed confidence in even more fruitful cooperation in all areas of common interest, given the same commitment to peace, democracy and prosperity globally.

President Pendarovski, emphasizing the importance that North Macedonia attaches to the Jewish community in our country, underlined that the Holocaust Memorial Center in Skopje conducts a long-term mission to promote, educate and research the Holocaust remembrance in order to combat the dangers of all kinds of intolerance, chauvinism and anti-Semitism, with the aim of building a society in which ethnic and religious diversity are nurtured and fully respected.