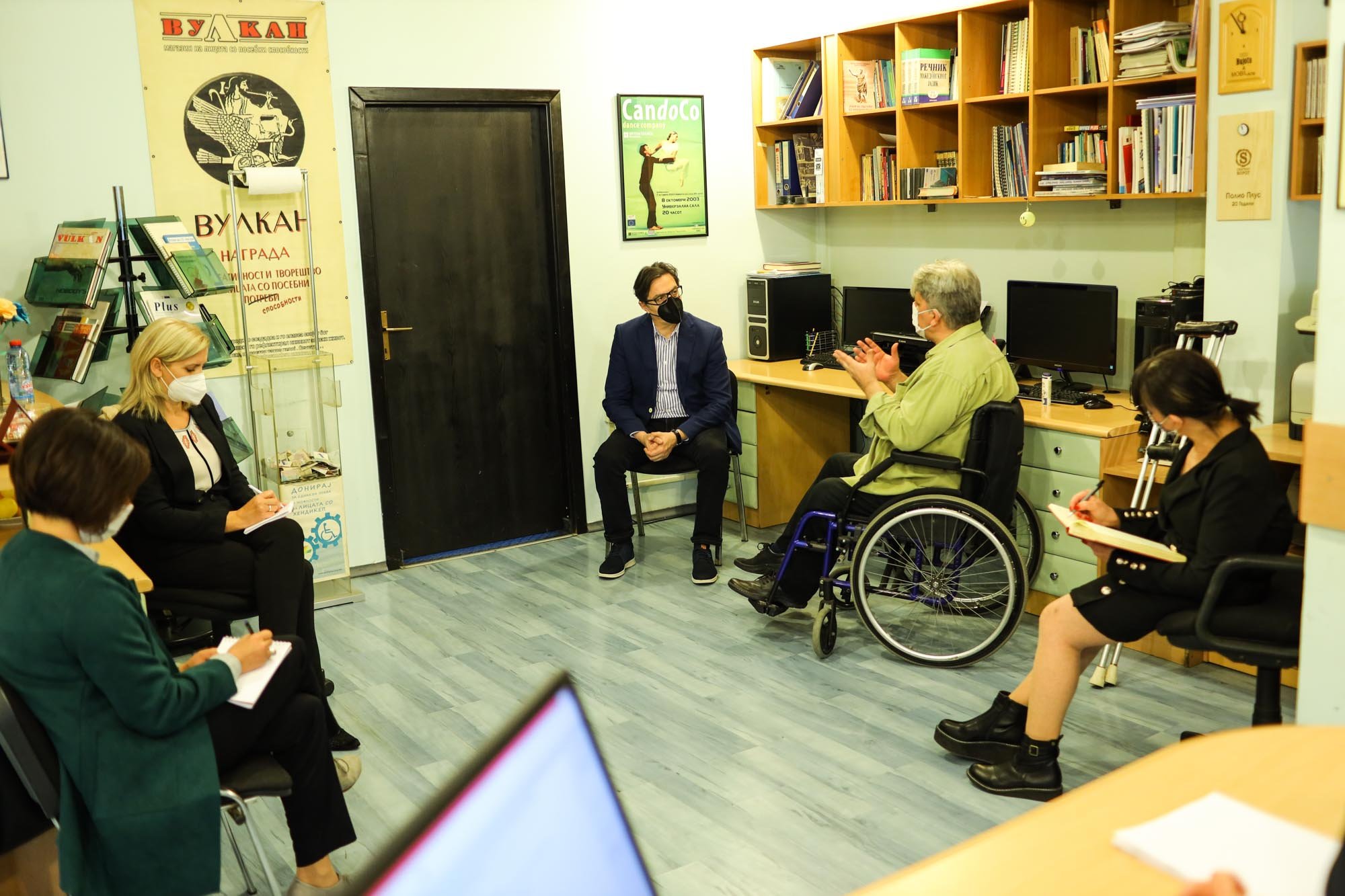 President Stevo Pendarovski visited today the civil society organization “Polio Plus” and had a meeting with its representatives.

At the meeting, the interlocutors opened the topic of implementation of the United Nations Convention on the Rights of Persons with Disabilities. As they pointed out, they promote the effective and full implementation of the Convention through active and coordinated involvement of the disabled community at national and regional level. Still, the response of the institutions, according to “Polio Plus” is at an unsatisfactory level.

In this regard, President Pendarovski expressed his expectation that, 9 years after the ratification of the Convention, it is high time to implement its provisions, especially when it comes to Articles 5 and 9, i.e. the rights of access and equality and non-discrimination.

At the same time, the representatives of “Polio Plus” informed President Pendarovski about the manner of distribution of financial support from the state to associations of persons with disabilities, which, as they said, is unfair. Explaining that according to the current government program, the funds that are collected as a percentage of the sales of games of chance, are distributed only to the 7 Unions of Associations; “Polio Plus” is expected to expand that program to include organizations of individuals with a disability. The allocation of funds should also follow the recommendations of the United Nations Convention on the Rights of Persons with Disabilities, for which President Pendarovski expressed full support.