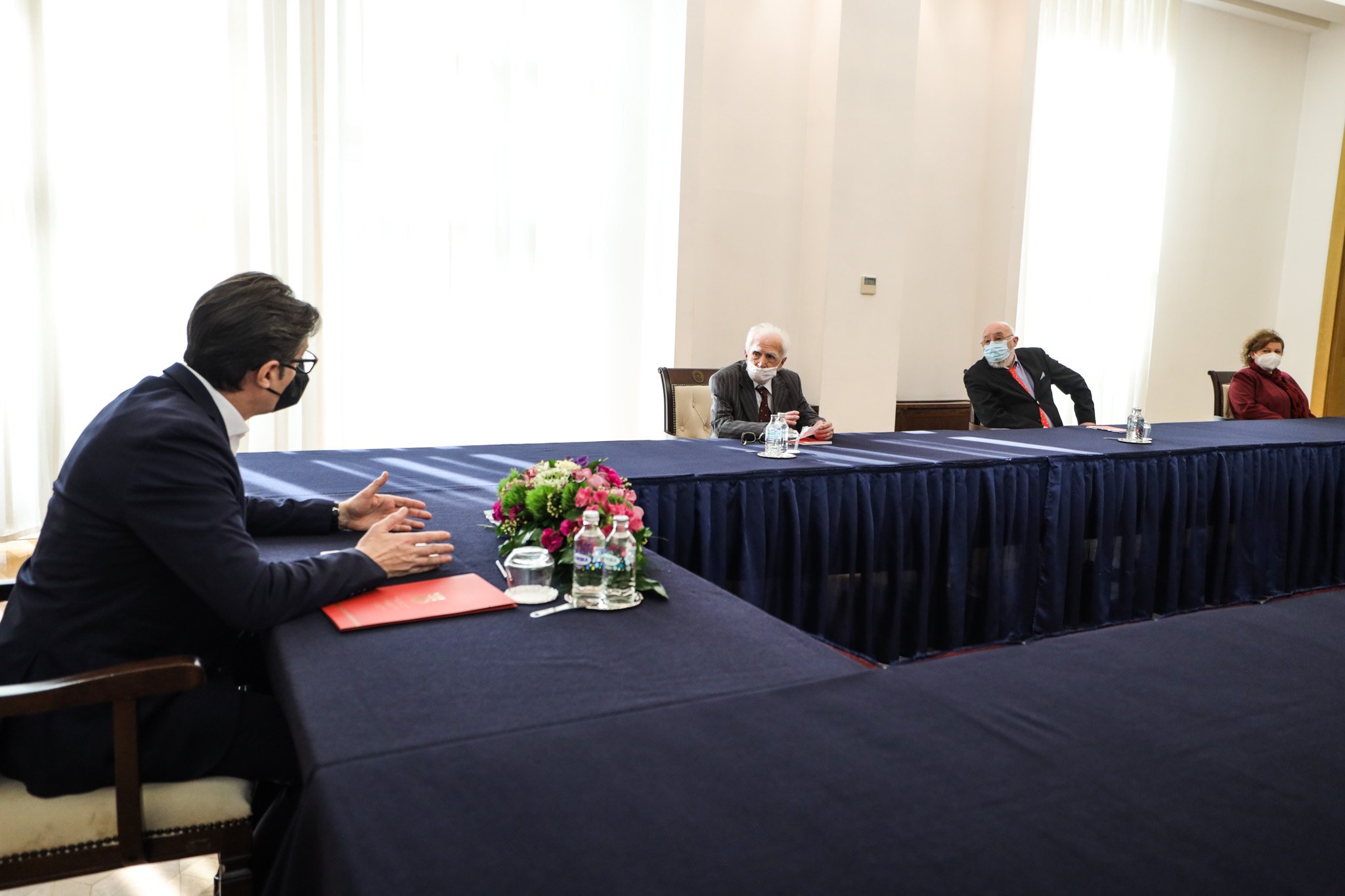 President Stevo Pendarovski received today a delegation of the Union of 1941-1945 NOAVM Fighters, consisted of the President of the Main Board of the Union, Nikola Stojanovski, and the Vice President, Borko Zafirovski.

The delegation from the Union of NOAVM Fighters informed President Pendarovski about the current developments in their work.

The representatives of the Union of NOAVM Fighters, explaining the current situation in the organization, informed President Pendarovski about the challenges in the financial operations, which is a problem for their basic functioning.