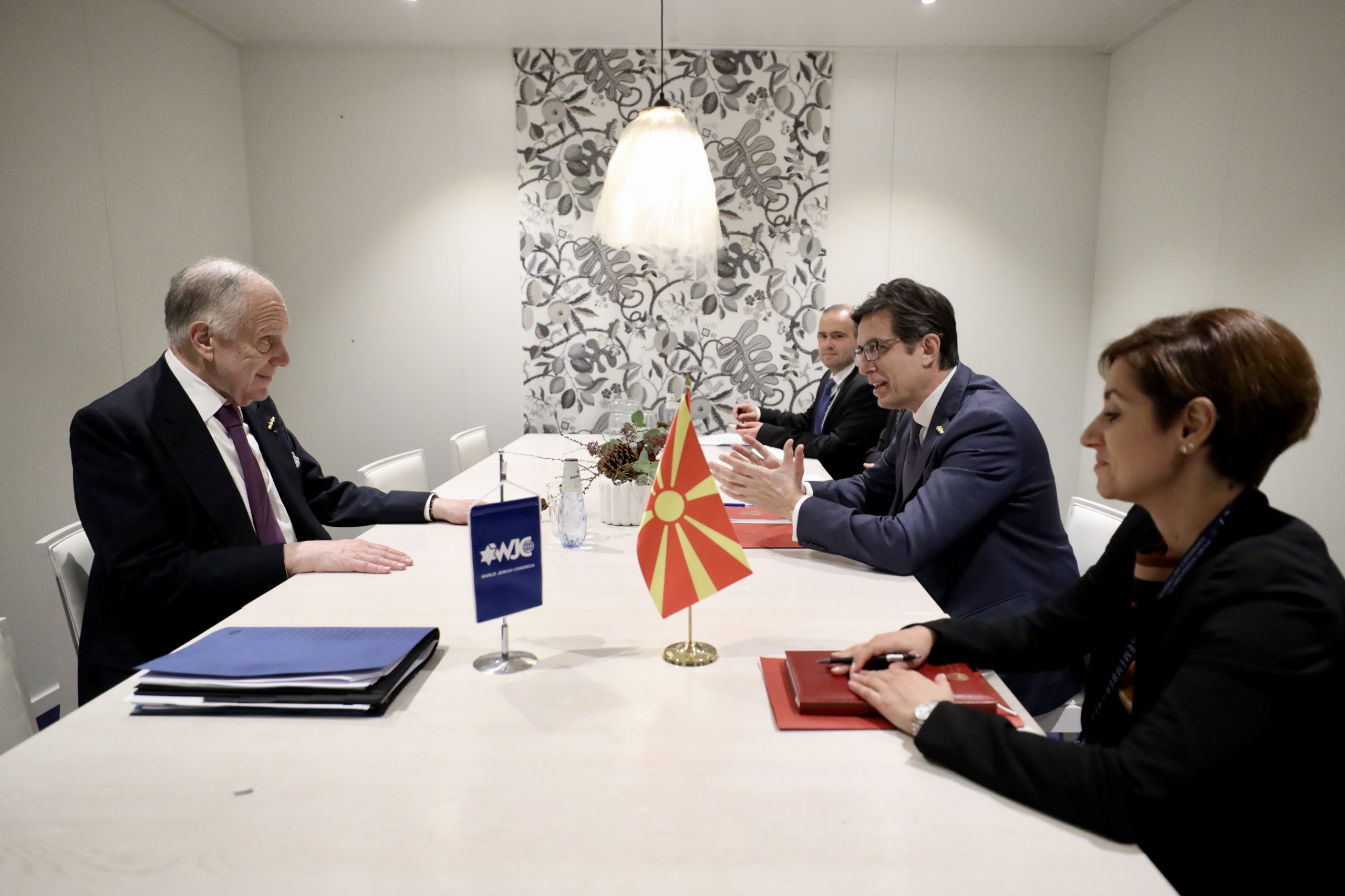 President Stevo Pendarovski, who is paying a working visit to the Kingdom of Sweden and participates in the International Forum on Holocaust Remembrance and Combating Antisemitism “Remember – React”, met today in Malmo with Ronald Lauder, President of the World Jewish Congress.

President Pendarovski stressed that the Republic of North Macedonia is committed to preserving the memory of the Holocaust and securing historical responsibility for which it took concrete measures and activities that were widely recognized and appreciated. In this regard, President Pendarovski singled out the opening of the Holocaust Memorial Center of the Jews of Macedonia in Skopje, the working definitions adopted by the International Holocaust Remembrance Alliance – on anti-Semitism and Holocaust denial, the Declaration on the occasion of the 75th anniversary of the deportation of the Macedonian Jews, as well as a significant number of domestic and international seminars on education and training and commemorative events in memory of the victims of the Holocaust.

Interview of President Pendarovski for “Top Tema” on Telma TV

President Stevo Pendarovski, in an interview for “Top Tema” on Telma TV, talks about the current energy crisis, the efforts to ensure a stable energy supply and the recent working visit to the Republic of Bulgaria. In the interview, President Pendarovski also talks...

President Pendarovski meets with representatives of the Association “Club of Generals”

President Stevo Pendarovski received today a delegation of the Association “Club of Generals” - Skopje. The meeting discussed the current activities of the Association, as well as future plans. Sending congratulations on the occasion of the 10th anniversary of its...

We Presidents of Central and Eastern Europe, countries whose leaders have visited Kyiv during the war and witnessed with their own eyes the effects of Russian aggression, cannot stay silent in the face of the blatant violation of international law by the Russian...

President Stevo Pendarovski met today in Sofia with the President of the Republic of Bulgaria, Rumen Radev. At the meeting, they discussed the possibilities for further improvement of political and economic relations between the...

President Pendarovski meets with the President of the European Commission, von der Leyen and with the Bulgarian President Radev