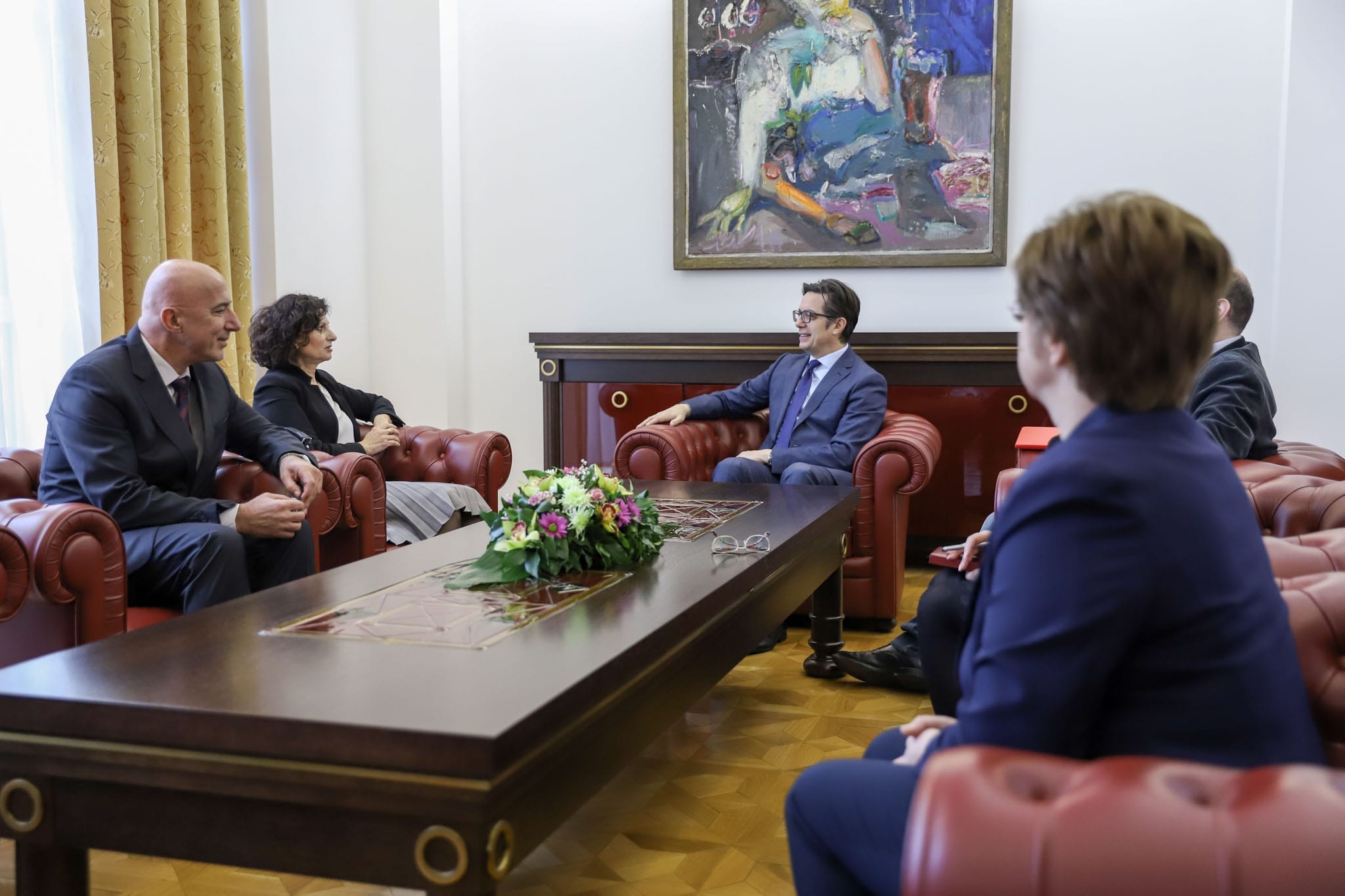 At the meeting, the members of the Commission briefed President Pendarovski on their current work, the activities of the Commission during the forthcoming election process, as well as on the National Strategy for Prevention of Corruption and Conflicts of Interest (2020-2024) to be adopted by the Assembly of the Republic of North Macedonia.

President Pendarovski said that the Strategy is a good basis for overcoming priority problems that generate high risk of corruption and expressed expectation that its implementation will be transparent, i.e. the public will be constantly informed about the measures and activities taken. President Pendarovski called for immediate adoption of the Strategy in the Parliament.

Welcoming the Commission’s work so far, President Pendarovski stressed at the meeting that it is necessary to systematically tackle corruption and establish a value-based democratic system, in line with the European standards and criteria, which requires clearly expressed will of all political actors in the country. Ensuring transparency and effective coordination and cooperation between institutions, according to President Pendarovski, will contribute to reducing corruption and consolidating democracy.