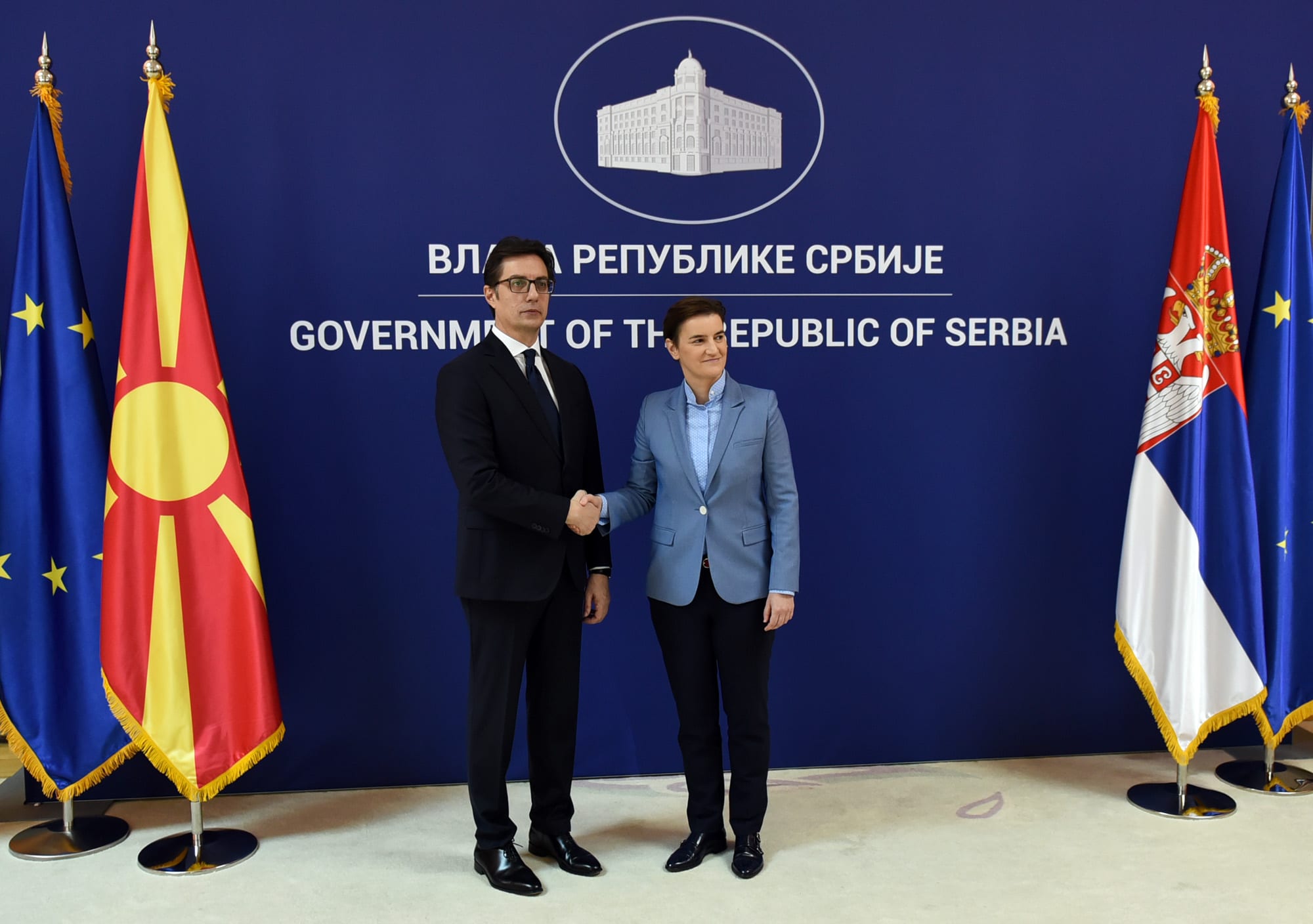 The President of the Republic of North Macedonia, Stevo Pendarovski, during his official visit to the Republic of Serbia, met today in Belgrade with the Prime Minister, Ana Brnabic.

At the meeting, they exchanged views on the overall bilateral relations between North Macedonia and Serbia, as well as on the situation in the region.

President Pendarovski reaffirmed the interest in further intensifying the overall bilateral relations between North Macedonia and Serbia, as two neighboring and friendly countries that share a long historical and cultural tradition and a vision of a common future in the European Union.

Regarding the new initiative for the future free movement of goods and services and labor force, as well as the mutual recognition of professional qualifications, the President stressed that the main objective of this initiative should be to increase regional cooperation and further integration of European Union countries by implementing European rules and standards at regional level, expressing hope that all Western Balkan countries will join this initiative.

President Pendarovski noted that North Macedonia and Serbia have excellent political and economic relations, and given the shared goal of European integration, there is room for exchange of experiences on the pre-accession process for EU membership. The high-level contacts between the officials of the two countries are proof of the good relations and stable and positive development of the cooperation between the two countries.