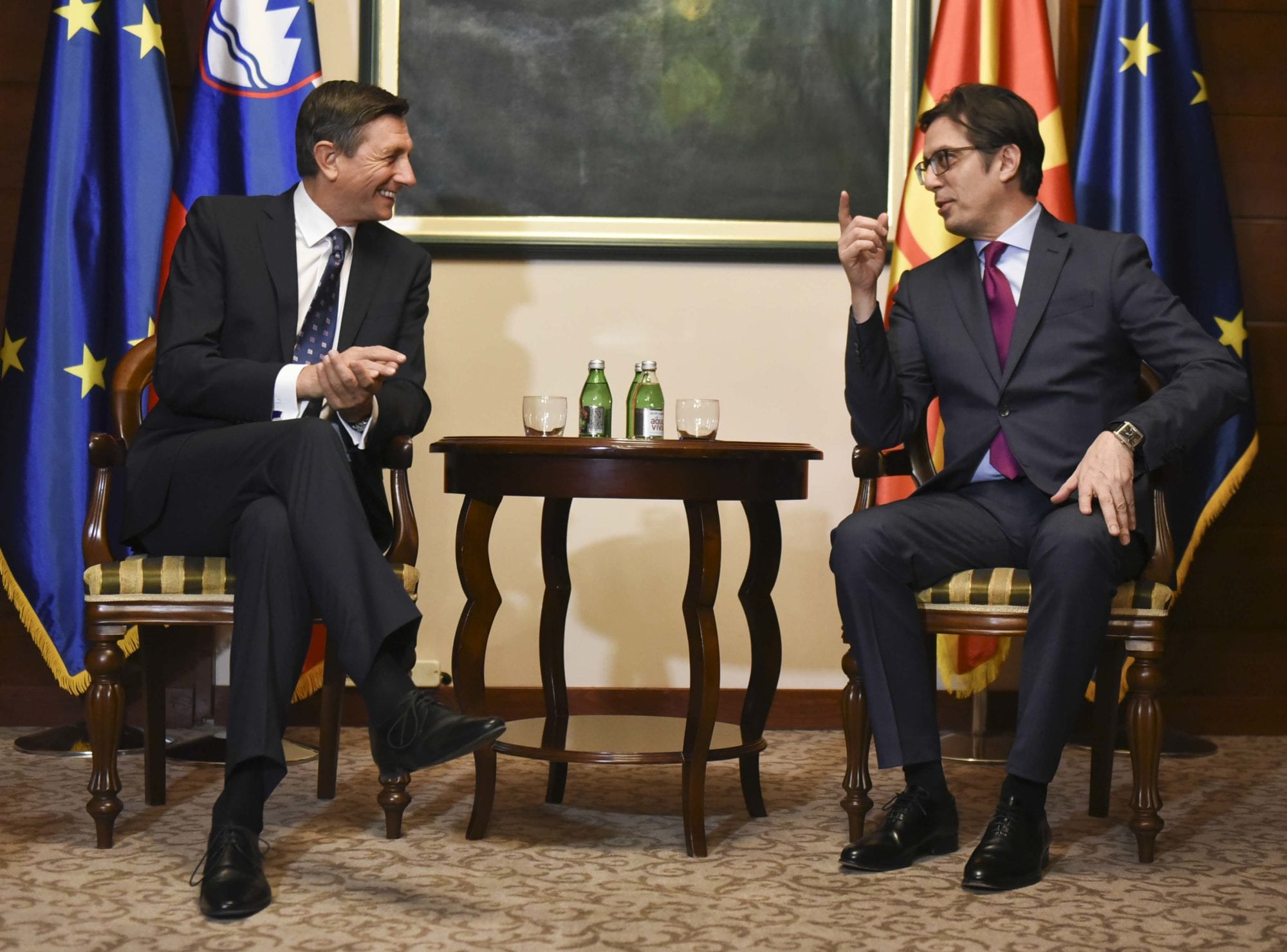 At the meeting, it was assessed that the two countries have excellent relations characterized by friendship and mutual understanding, and views were exchanged on the opportunities for further promotion and enrichment of the cooperation in many areas of mutual interest.

For North Macedonia, there is no alternative except the European integration, President Pendarovski said. He thanked Slovenia for its open and constructive support for the aspirations of our country for EU and NATO membership, which was confirmed by the ratification of the North Macedonia’s Membership Protocol to NATO, as well as for the continued support within the European Union.

At the meeting, President Borut Pahor reiterated Slovenia’s support for the start of negotiations with the European Union. In this regard, President Pendarovski added that the integration of North Macedonia, as well as of other Western Balkan countries into the European structures, would be a major contribution to the permanent stabilization of the region, as well as to the prosperity of our societies.