President Pendarovski meets with the Ambassador of Finland, Kimmo Lahdevirta 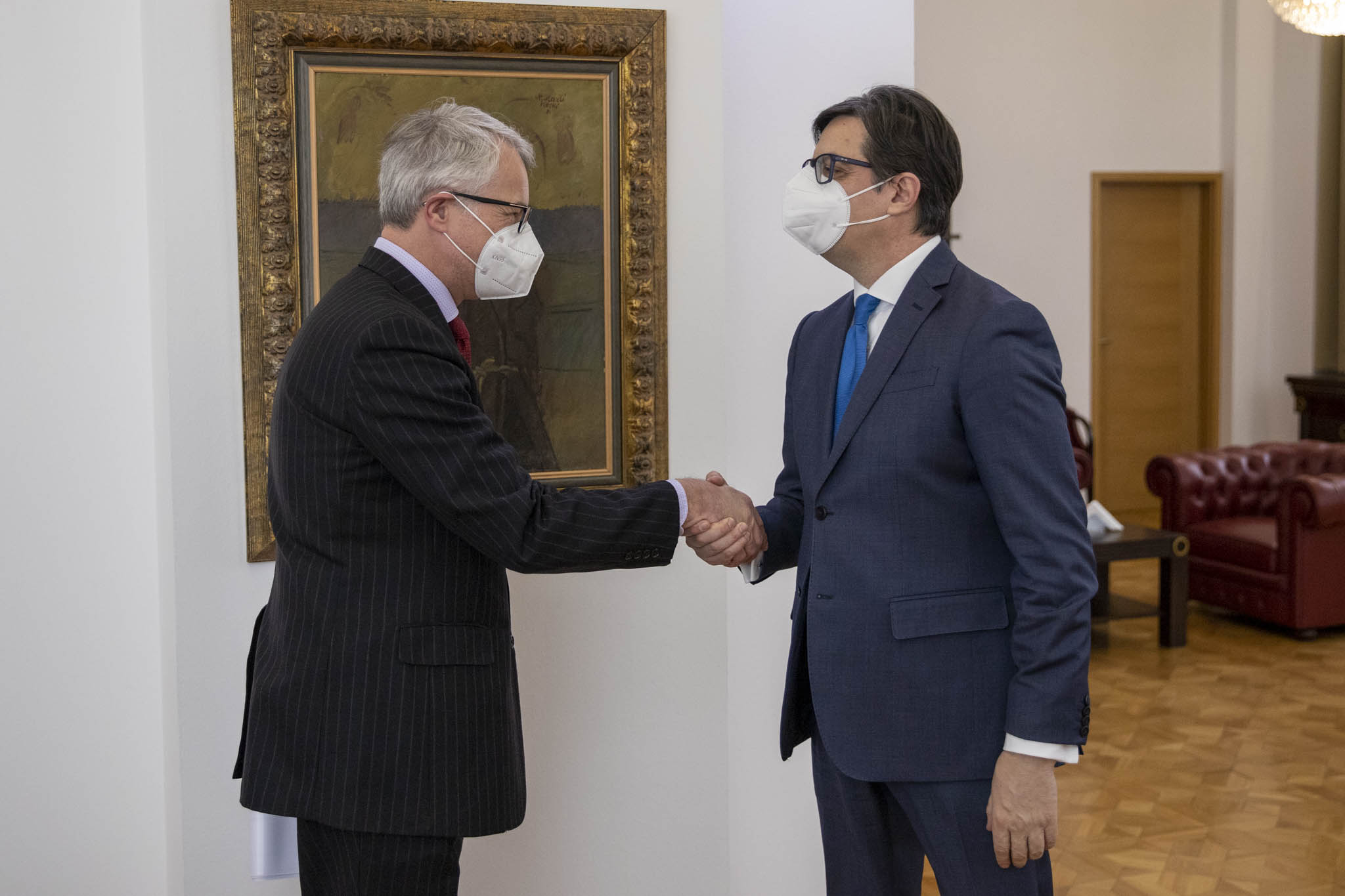 President Stevo Pendarovski received today the non-resident Ambassador of the Republic of Finland to the Republic of North Macedonia, Kimmo Lahdevirta, at a meeting where they exchanged views on bilateral relations, opportunities for enhanced cooperation, as well as the war in Ukraine and the security situation in Europe.

President Pendarovski thanked for Finland’s support so far in terms of Macedonia’s European integration, emphasizing that the credible enlargement policy and the European perspective are an important guarantee and investment in peace, stability and prosperity in the Balkans.

Regarding the Russian aggression, the President reaffirmed the position that the Republic of North Macedonia strongly condemns the unjustified armed attack on Ukraine, as an attack on the entire international order.

At the meeting, opinions were exchanged on the activities undertaken in the context of the refugee crisis and the provision of support and assistance to Ukrainian citizens, as well as on the current situation in the Scandinavian region and in Finland, as a direct neighbor of Russia.