President Pendarovski meets with the Ambassadors of Ukraine and Switzerland 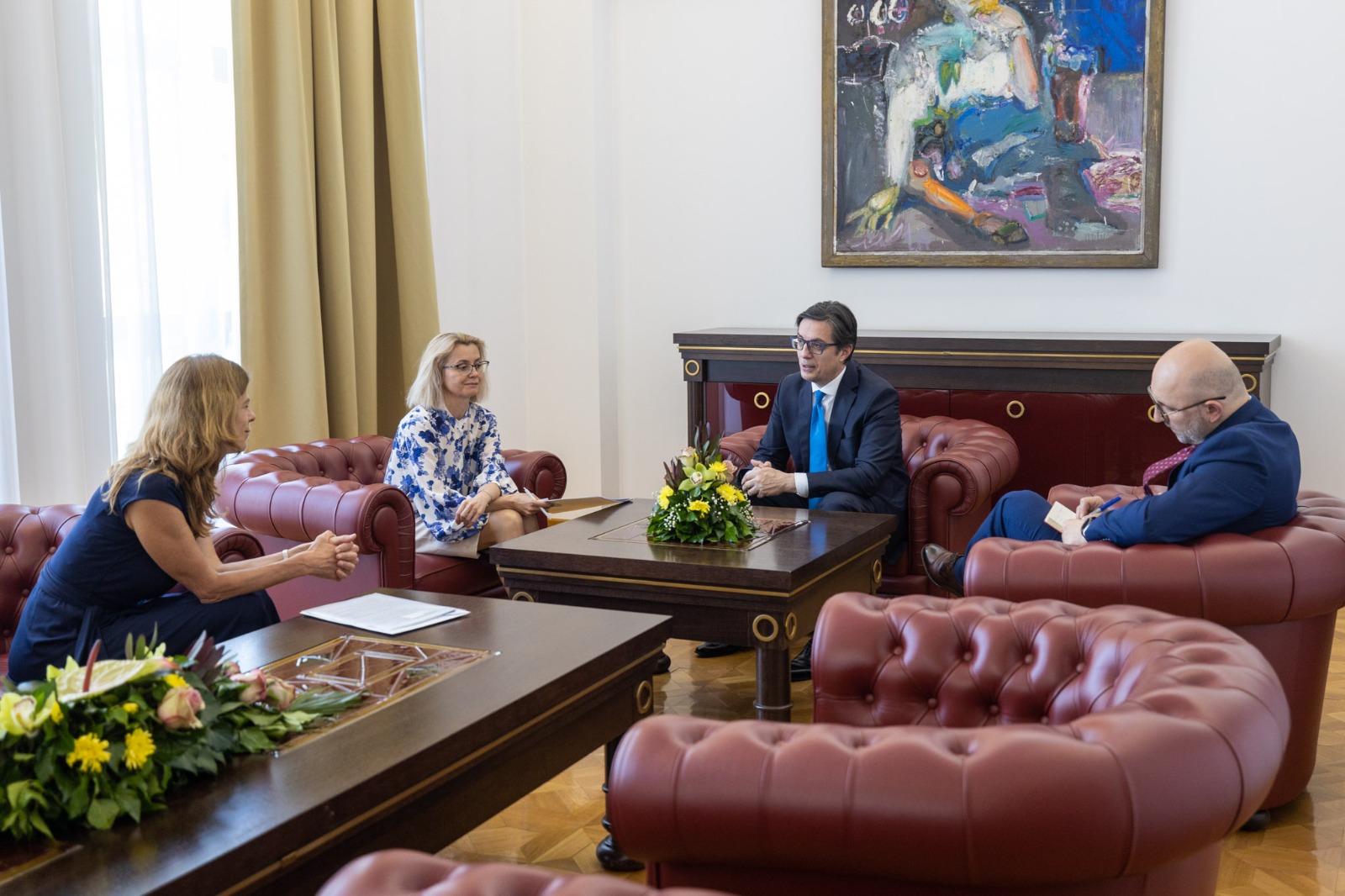 President Stevo Pendarovski received today the Ambassadors of Ukraine and the Swiss Confederation to the Republic of North Macedonia, Natalia Zadorozhnyuk and Véronique Hulmann Marti.

At the meeting, President Pendarovski was informed about the activities and further steps taken to assist, support and rebuild Ukraine, as well as certain regions, cities and industries affected by the war.

In this regard, the President was briefed on the upcoming Conference on the Reconstruction of Ukraine, which will be held in Lugano, Switzerland, on July 5 and 6 this year, at the joint initiative of the Ukrainian President, Volodymyr Zelenskyy and the Swiss President, Ignazio Cassis, which will present the Plan for Reconstruction and Development of Ukraine, in order to overcome the consequences of the war and avoid a large-scale socio-economic crisis.

President Pendarovski thanked for the invitation to participate in the Conference and stressed that European solidarity and the strengthening of mutual partnership are key in the process of rebuilding Ukraine and re-establishing peace, security and stability on the European continent.