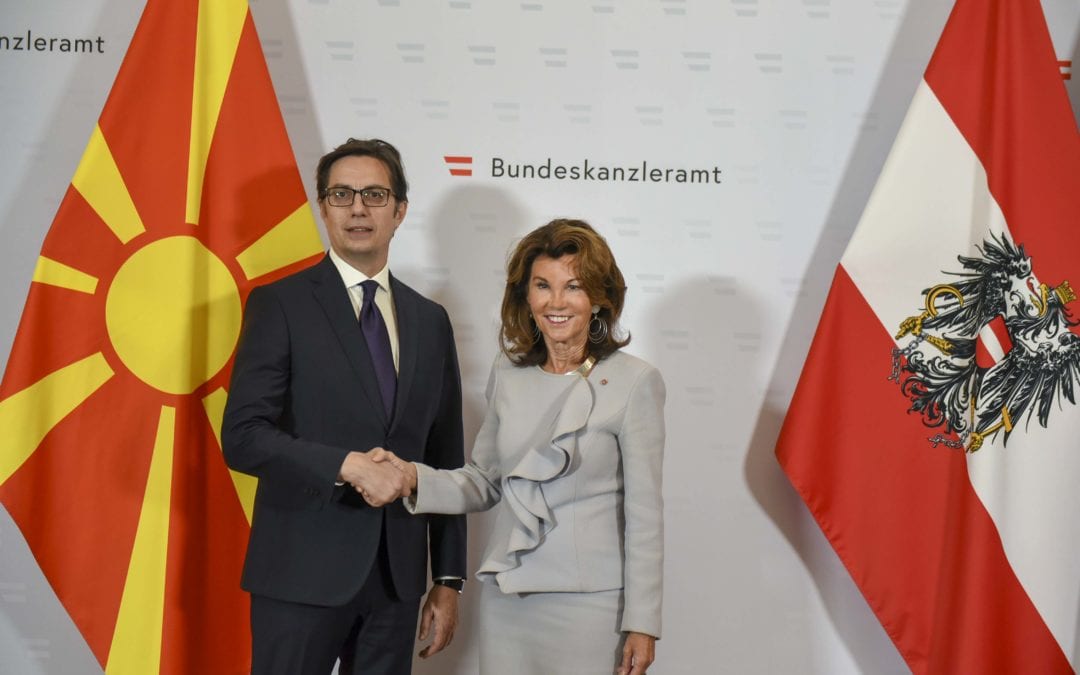 The President of the Republic of North Macedonia, Stevo Pendarovski, during his official visit to the Republic of Austria, met with the Federal Chancellor, Brigitte Bierlein.

At the meeting, they exchanged views on the overall bilateral relations between the two countries, which are stable and friendly and characterized by mutual trust and respect. The exchange of visits at high-level was assessed at the meeting as the best indicator of the level of development of relations between the two countries, which this year mark 25 years since the establishment of diplomatic relations.

Chancellor Bierlein praised the achievements and reforms implemented in our country.

President Pendarovski also stressed the importance of Austria’s support to North Macedonia in dealing with the migrant crisis, through the continued presence of Austrian police forces at the southern border line since 2015.