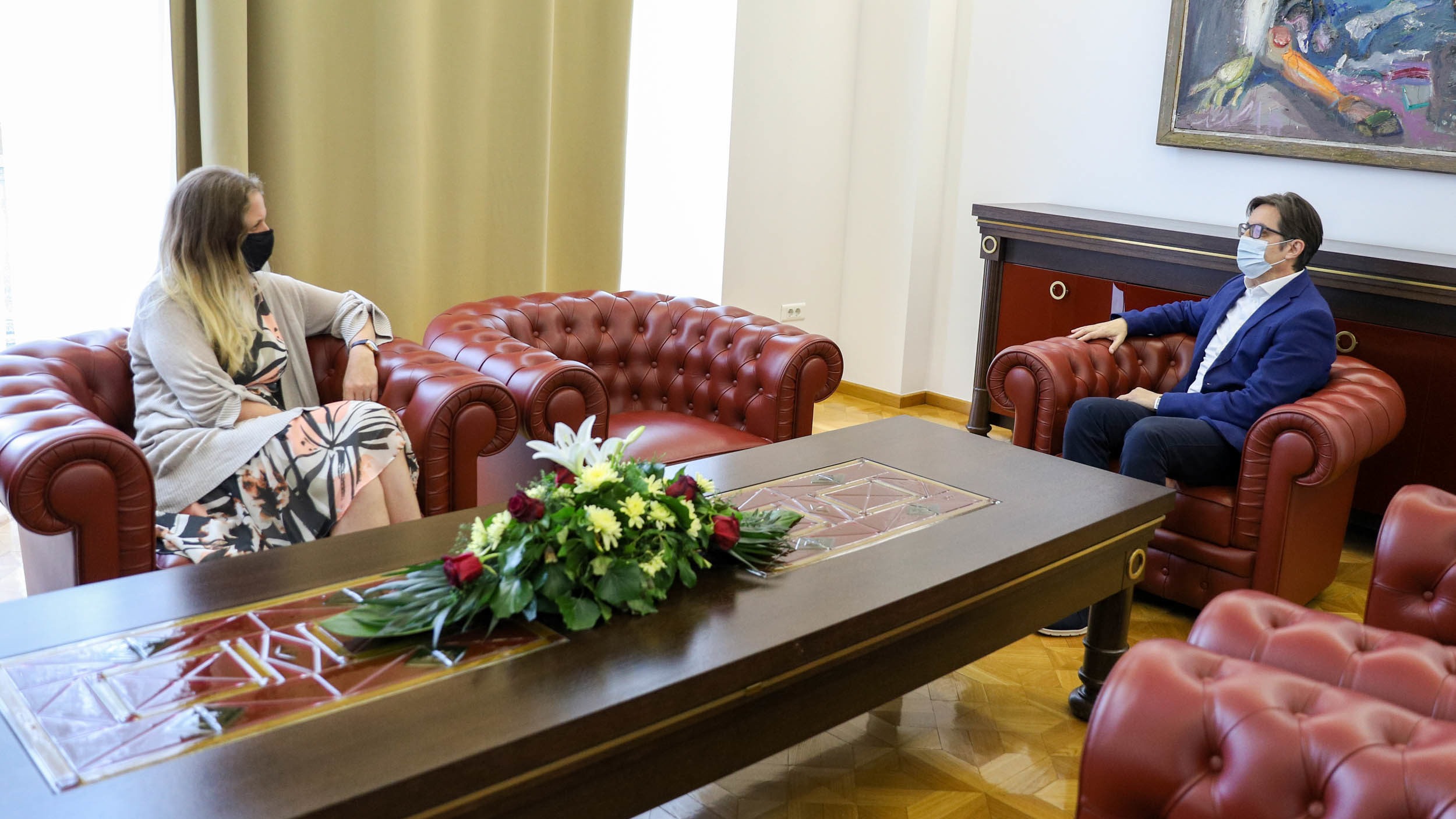 President Stevo Pendarovski received today the Ambassador of the United Kingdom to the country, Rachel Galloway.

The meeting discussed the current support of the United Kingdom in dealing with the COVID-19 pandemic in various sectors, the political cooperation between the two countries, the trade, as well as the numerous British support programs in North Macedonia in the field of defense, good governance and the rule of law.

The interlocutors also discussed the formation of the new government in the context of focusing on the challenges of the pandemic, adapting the lives of citizens to the new situation and implementing the necessary reforms in key areas to continue the European integration process, as one of the strategic goals of North Macedonia.

Ambassador Galloway added that in the context of cooperation within NATO, the support from the British counterparts will continue on an equal basis, contributing to collective stability and global security.

President Pendarovski said that bilateral relations between North Macedonia and the United Kingdom remain strong, and expressed his gratitude for the long-term and continuous support that Britain has been giving to the country since our independence.

At the meeting, Ambassador Galloway also handed over to President Pendarovski a congratulatory message from Her Majesty Queen Elizabeth II on the occasion of September 8, the Independence Day, which reads as follows:

“It gives me pleasure to send Your Excellency my warmest greetings on the occasion of your National Day, together with my best wishes for the people of the Republic of North Macedonia at this difficult time.