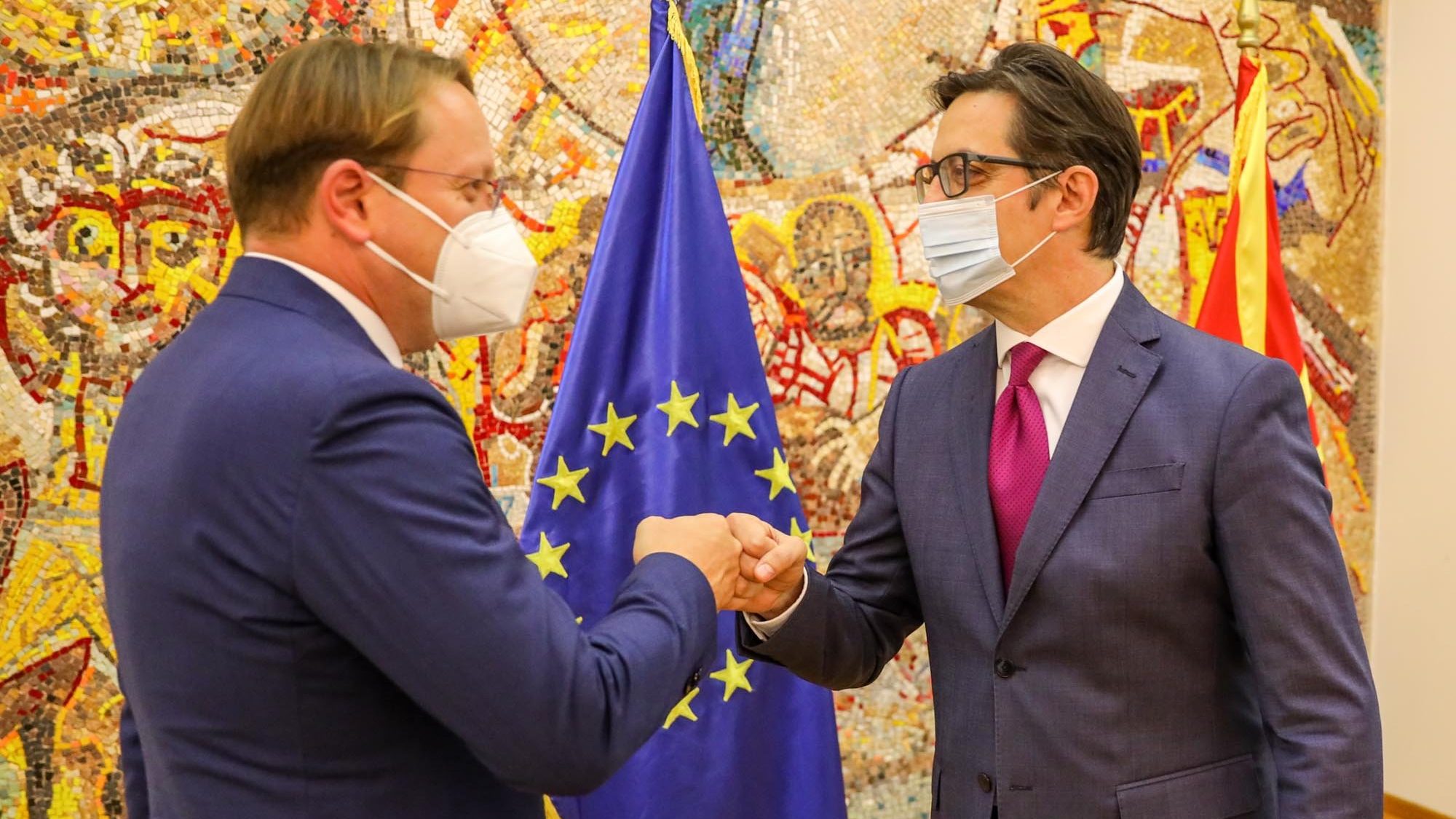 Commissioner Varhelyi handed over to President Pendarovski the European Commission Report on North Macedonia for 2020.

At the meeting, opinions were exchanged on the key findings in the published report.

Expressing his gratitude for the engagement of Commissioner Varhelyi and his firm support for the prospect of EU enlargement with the Western Balkans, President Pendarovski said that the report provides a detailed overview of the situation in the country and the degree of implementation of reform. According to President Pendarovski, the Commission’s Report provides an impetus for further intensifying the reform agenda in all areas outlined in the document and is a step towards the formal start of accession talks during Germany’s EU presidency by the end of the year.

President Pendarovski welcomed the presented Economic and Investment Plan for the Western Balkans, which aims to stimulate the long-term economic recovery of the region, which is further hampered by the COVID-19 pandemic in order to accelerate the European Union integration. The presented plan, according to President Pendarovski, confirms that the future of the entire region is in the European Union, and Brussels clearly demonstrates that the region is its geostrategic priority.