President Pendarovski meets with the Minister for European and International Affairs of Austria, Alexander Schallenberg 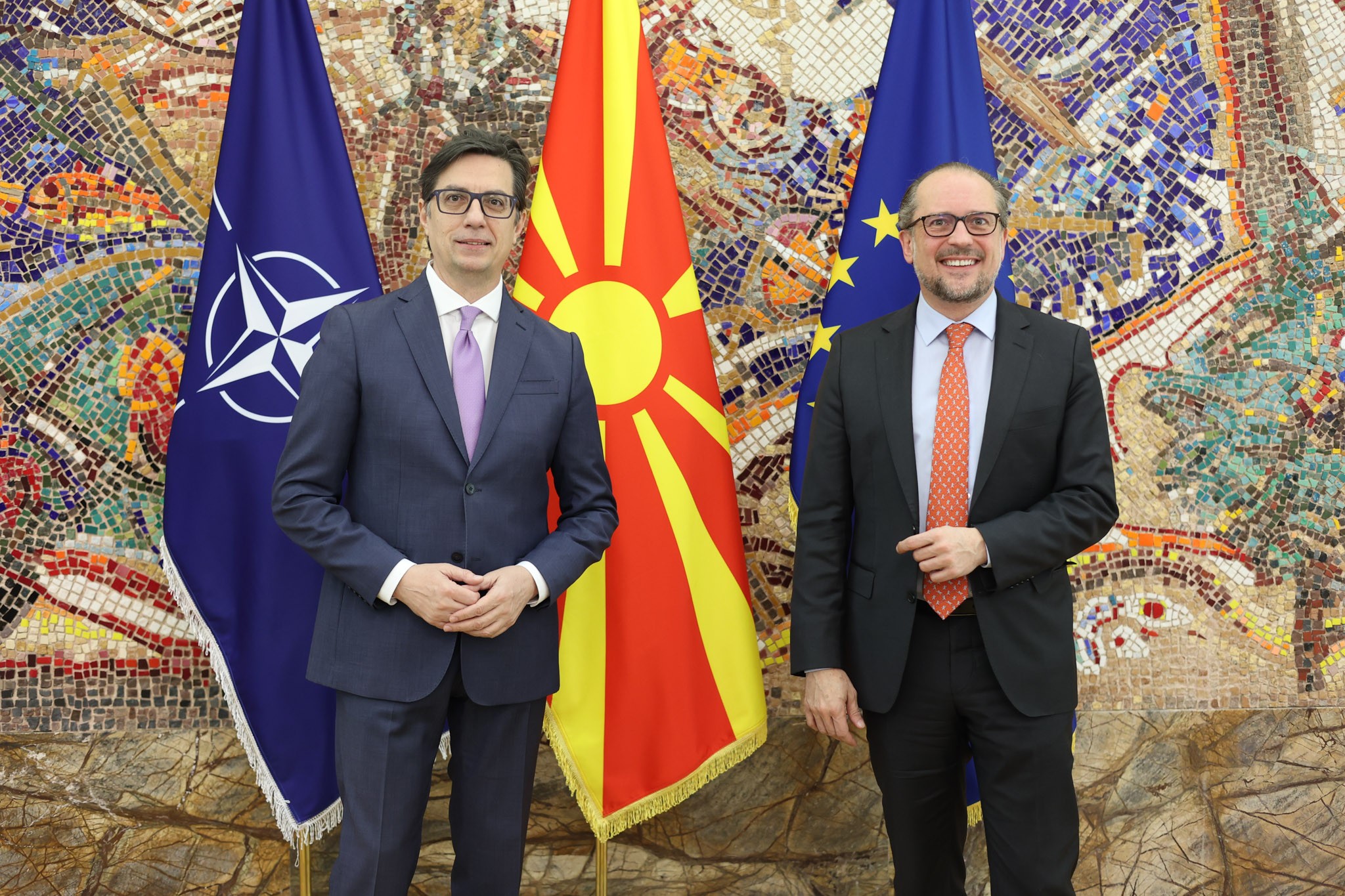 President Stevo Pendarovski received Alexander Schallenberg, Federal Minister for European and International Affairs of the Republic of Austria, who is paying an official visit to the Republic of North Macedonia today.

The meeting focused on the foreign policy priorities of North Macedonia, in light of overcoming the challenges on the European path, as well as political and security developments in the region and Europe.

In the context of security, stability and prosperity in the Western Balkans region, President Pendarovski stressed the need for the EU institutions to act quickly on enlargement policy and to enable the immediate start of accession talks for North Macedonia and the holding of the first Intergovernmental Conference. At the same time, he added, North Macedonia will continue the dialogue with Bulgaria, in order to find a sustainable, reasonable and dignified solution and unblock the European integration process.

President Pendarovski expressed gratitude for the continued and consistent support of Austria, one of the region’s closest allies and partners, which has strongly advocated for its integration into the Union.

Regarding the Russian military aggression and the security challenges facing Europe, the interlocutors exchanged views on the political and economic measures taken as part of the EU’s common foreign and security policy, as well as on humanitarian aid and the reception of refugees from Ukraine.

It was emphasized at the meeting that the close and friendly relations between the two countries are reflected in concrete cooperation in several areas and expressed readiness to further intensify the political dialogue and affirm common European values ​​for the sake of stability and prosperity on the European continent.