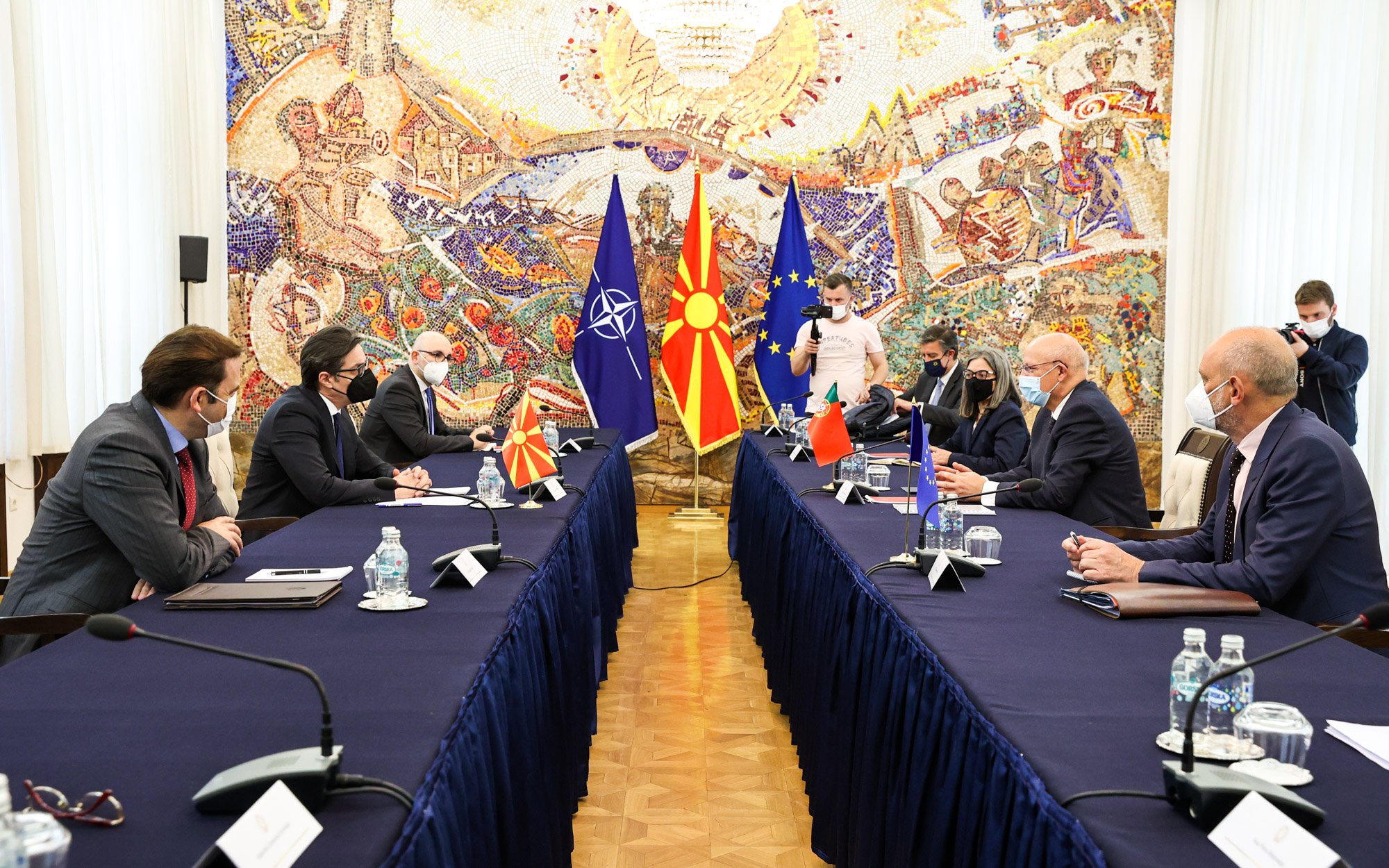 At the meeting, the possibilities for progress of North Macedonia in the European integration were discussed, in anticipation of the holding of the Council of the European Union next month. The interlocutors exchanged information and opinions on bilateral issues related to good neighborly relations, in the context of overcoming the problems with Bulgaria.

The meeting stressed the importance of holding the intergovernmental conference soon and the formal start of accession negotiations for North Macedonia’s membership in the European Union. The President thanked Minister Silva for the efforts of the Portuguese Presidency, which, in addition to a number of important topics, keeps the focus on the debate on the enlargement of the European Union.