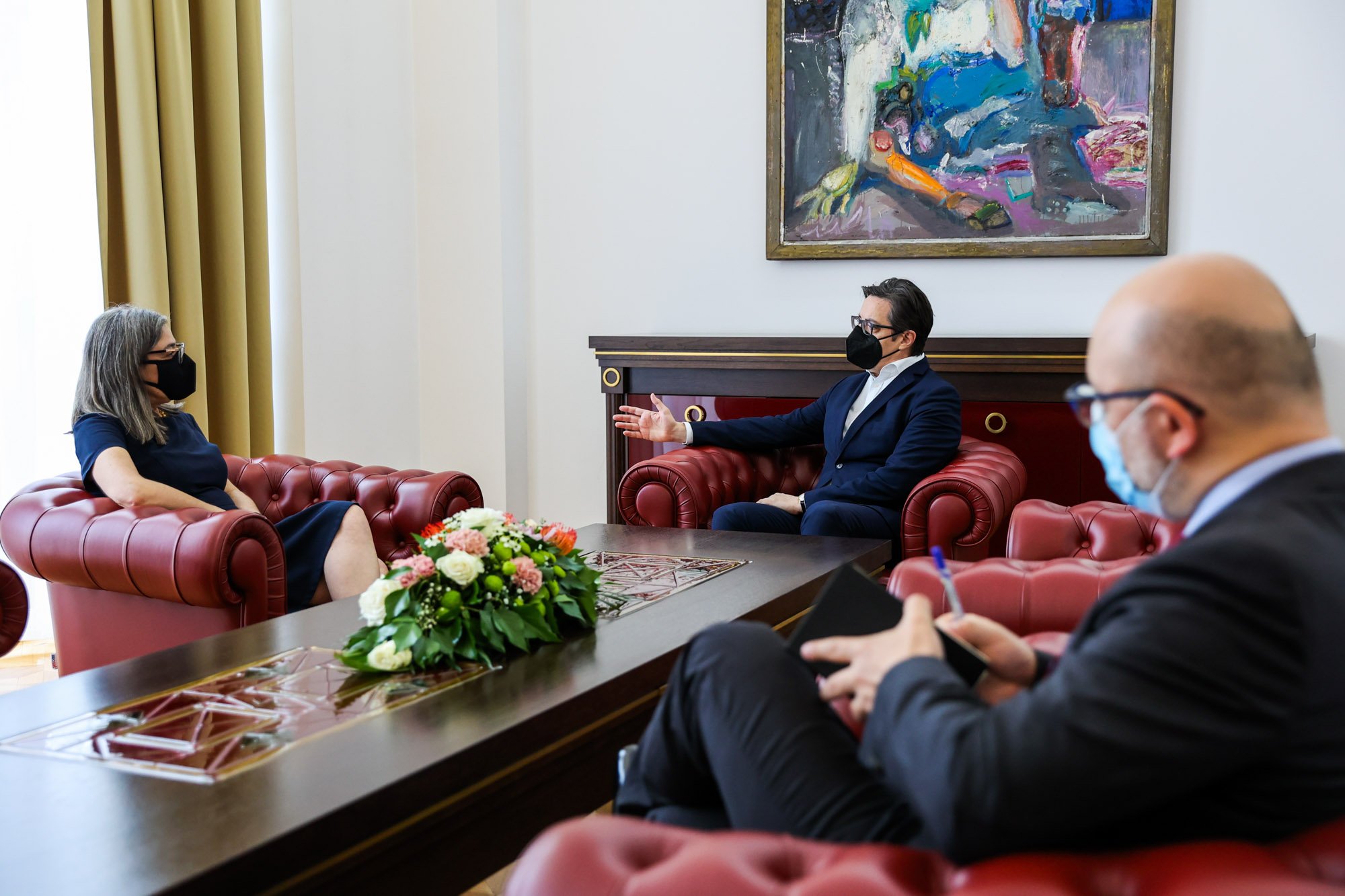 It was concluded at the meeting that the relations between the two countries are friendly and expectation was expressed for their further improvement, enrichment of the contractual legal framework, as well as development of the bilateral political dialogue at the highest level.

President Pendarovski welcomed the efforts of the Portuguese Presidency to keep the debate on EU enlargement in focus and thanked Lisbon for its professional approach in drafting a proposal to resolve the bilateral dispute between North Macedonia and Bulgaria.

In this regard, the interlocutors exchanged views on the current situation ahead of the upcoming European Union Summits, emphasizing that the Republic of North Macedonia has met the requirements and deserves to immediately start negotiations for membership in the European Union.