President Pendarovski meets with the President of the European Council, Charles Michel 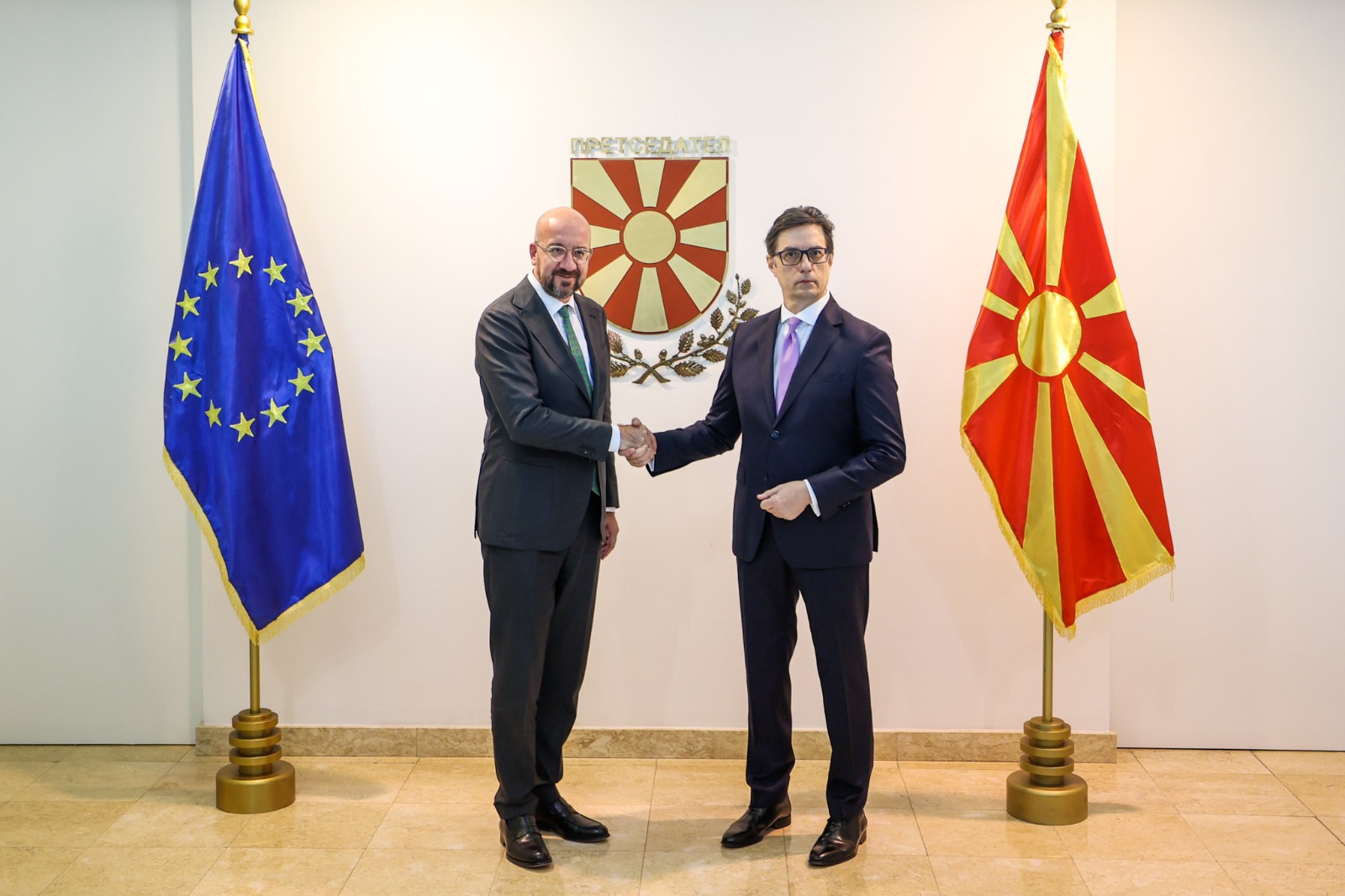 President Stevo Pendarovski met today with the President of the European Council, Charles Michel, who is paying a one-day visit to the Republic of North Macedonia.

The meeting discussed the current political developments in North Macedonia, the challenges regarding the country’s European prospects and the EU’s proposal for the start of accession negotiations with the European Union.

President Pendarovski welcomed Michel’s visit, characterizing it as a token of the commitment of the European Union and informed about the course of the broad consultation process that is being conducted in relation to the French proposal, as well as about the atmosphere in our society on that issue.

The two presidents agreed that the approval of the French proposal will enable the opening of the first phase of the accession negotiations, which will de facto unblock the EU integration of our country. In addition, the opening of the first phase will represent a further incentive for the progress and prosperity of North Macedonia, but it will also have a positive impact on the overall situation in the Western Balkans.

The interlocutors exchanged opinions in the context of the citizens’ concerns regarding identity issues, for which President Pendarovski emphasized that the Macedonian language and identity must be respected and guaranteed by the EU.