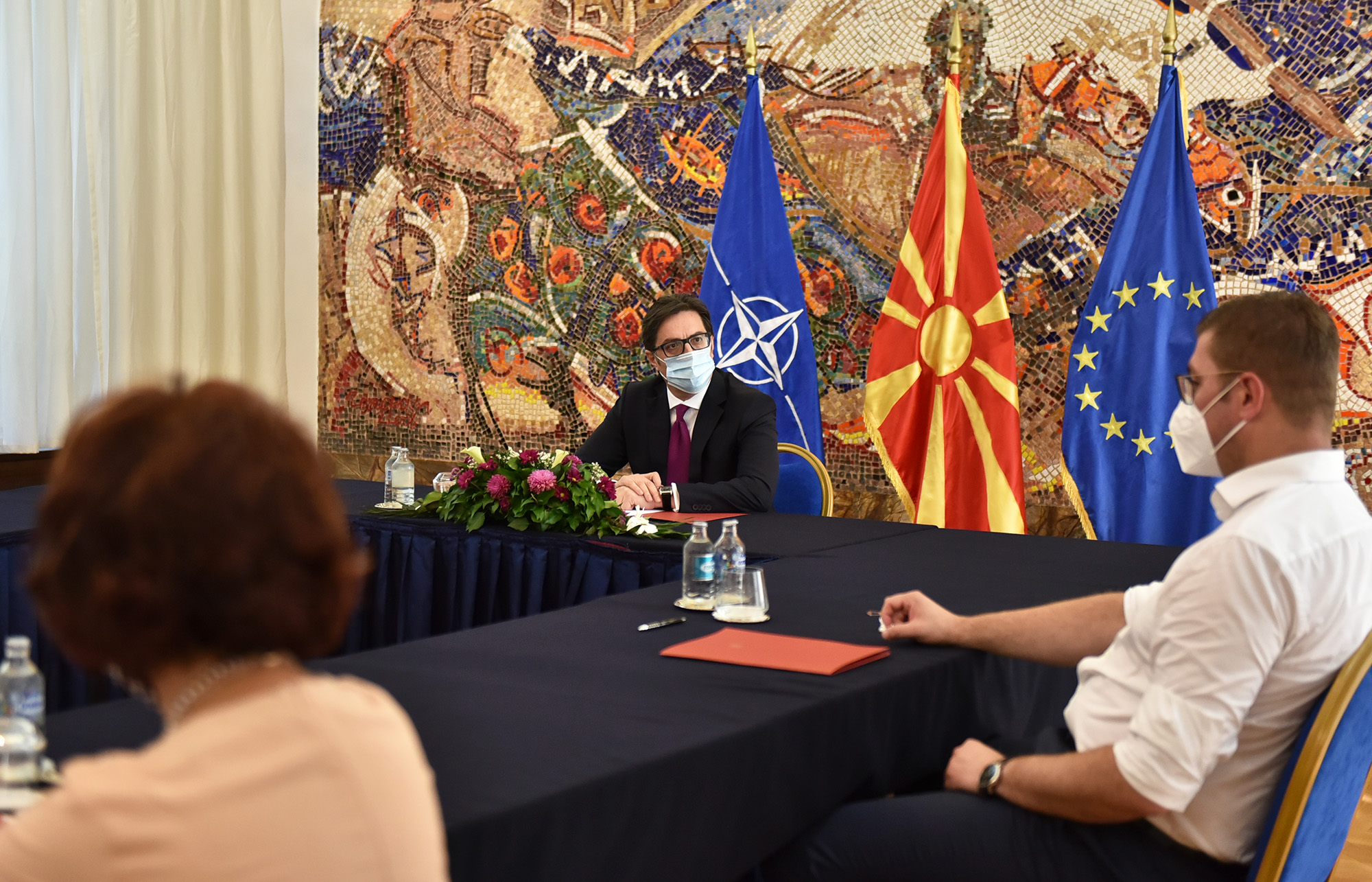 President Pendarovski stressed that based on the Constitutional provisions, but also on the basis of consultations with eminent legal experts, the deadline for granting the mandate began on the day of verification of the mandates of the 120 MPs, emphasizing that according to the Constitution in that period he is obliged to entrust the mandate to the candidate of the party or parties that have a majority in the Assembly or to the one who will assure him that he is negotiating with several political parties to secure a majority.

The President stressed that regarding the claim of Mr. Mickoski, he has a completely opposite position which is based on reading the Constitution and following the political practice in the past 30 years of interpretation of that constitutional norm. In that context, President Pendarovski stressed that with the verification of mandates begins the counting of the ten days in which the President is obliged to give the mandate, i.e. that it is not an option, but he must do so, according to Article 90 of the Constitution, which states: “The President is obliged to give the mandate”.

President Pendarovski reminded of the situations in 2006 and 2016, when the then Presidents, Branko Crvenkovski and Gjorge Ivanov, were informed in a letter from the then Speakers of the Assembly, Stojan Andov and Trajko Veljanovski, that with the verification of the mandates of the MPs, the Assembly was constituted.

Answering a journalist question, President Pendarovski said that with the exception of the President of SDSM, Zoran Zaev, none of the other presidents of the parliamentary parties informed him that he could secure a parliamentary majority.

President Pendarovski stressed that none of the president has so far requested statements, except for Gjorge Ivanov the second time, after Gruevski did not create a parliamentary majority, so the mandate was to be given to Zoran Zaev. He added that the majority of 61 MPs is not determined by the president with signatures or notarized statements, but is determined on the day of the vote in the Parliament for a new government.

In his statement, President Pendarovski explained that if in the next 20 days, the President of SDSM, Zoran Zaev, fails to form a parliamentary majority, then the mandate will be given to the President of VMRO – DPMNE, Hristijan Mickoski.