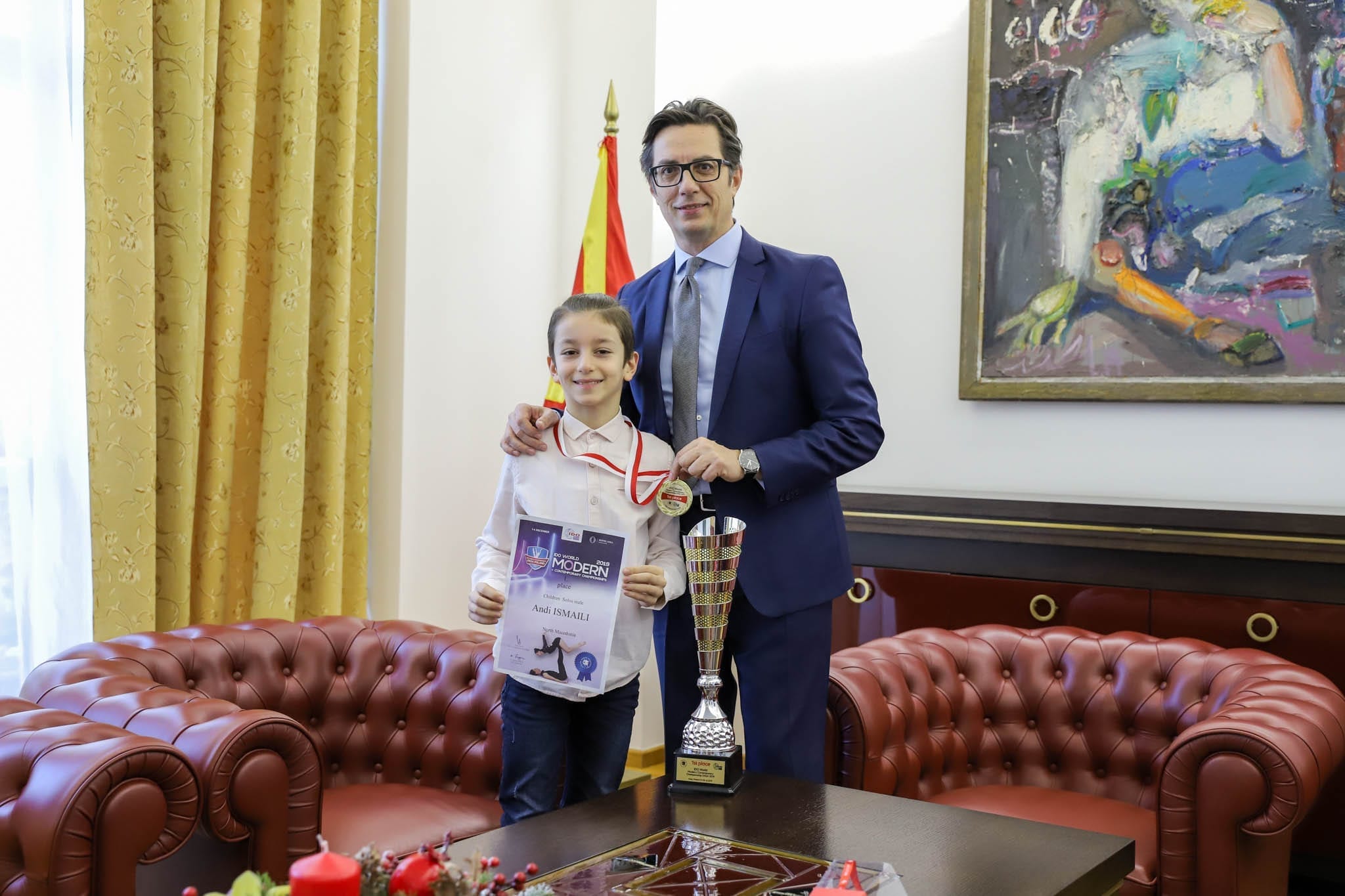 At the meeting, attended also by his parents, Andi recalled his experience of attending the World Cup in December last year in Ossa, Poland. At this world competition, Andi won first place in the category of modern solo dance for children.

President Pendarovski said that Andi, although only 11 years old, is already our country’s ambassador because he managed to promote North Macedonia through the art of his dance. That is why, as President Pendarovski stressed, the state should give unreserved support to talented young people.

At the meeting with President Pendarovski, the young Andi informed that his next challenge is the European Jazz Championship, contemporary and classical ballet, which will be held in June at the National Opera and Ballet in Skopje.

Talented Andi Ismaili is a member of the “I Dance” dance studio from Gostivar. For the choreography with which he won the Polish Championship, he was assisted by trainers and choreographers from the “Break a Leg” studio from Skopje.