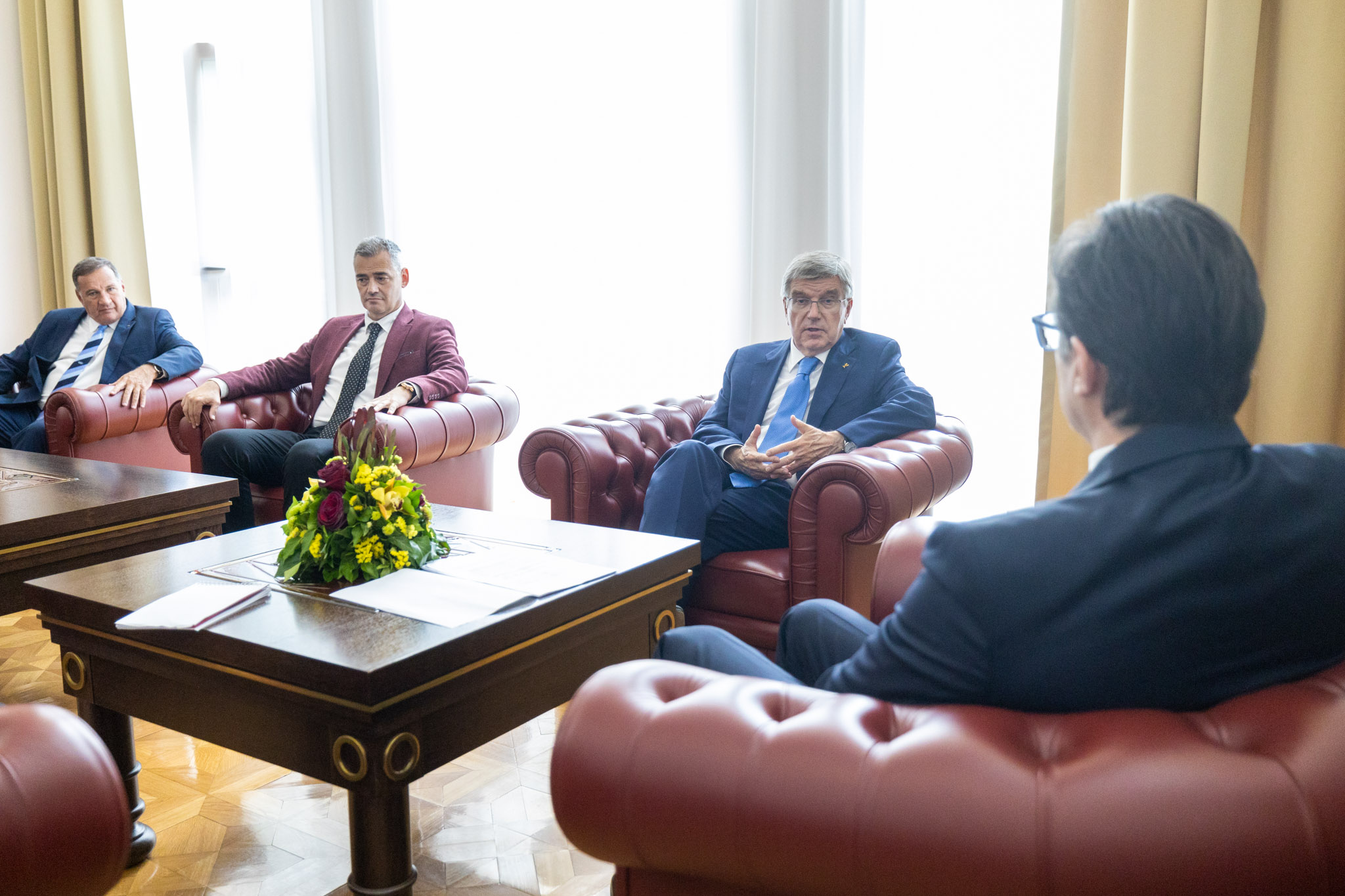 The meeting focused on the efforts and activities undertaken by the International Olympic Committee to promote international sports and world peace, given the new circumstances and the changing geopolitical situation caused by the Russian invasion of Ukraine, as well as the consequences of the Covid-19 pandemic.

President Pendarovski was briefed on the support of the International Olympic Committee for the Olympic Community in Ukraine, which is based on solidarity, as one of the core values ​​advocated by the Olympic Movement.

The interlocutors also discussed the work and engagement of the Olympic Committee of North Macedonia in order to promote Olympism and sports in our country. In that context, President Pendarovski was informed about the opening of the first Sports Medicine Laboratory to achieve high sports results, a donation from the International Olympic Committee. The candidacy of the Republic of North Macedonia and the City of Skopje to host the 2027 European Games was also discussed at the meeting.