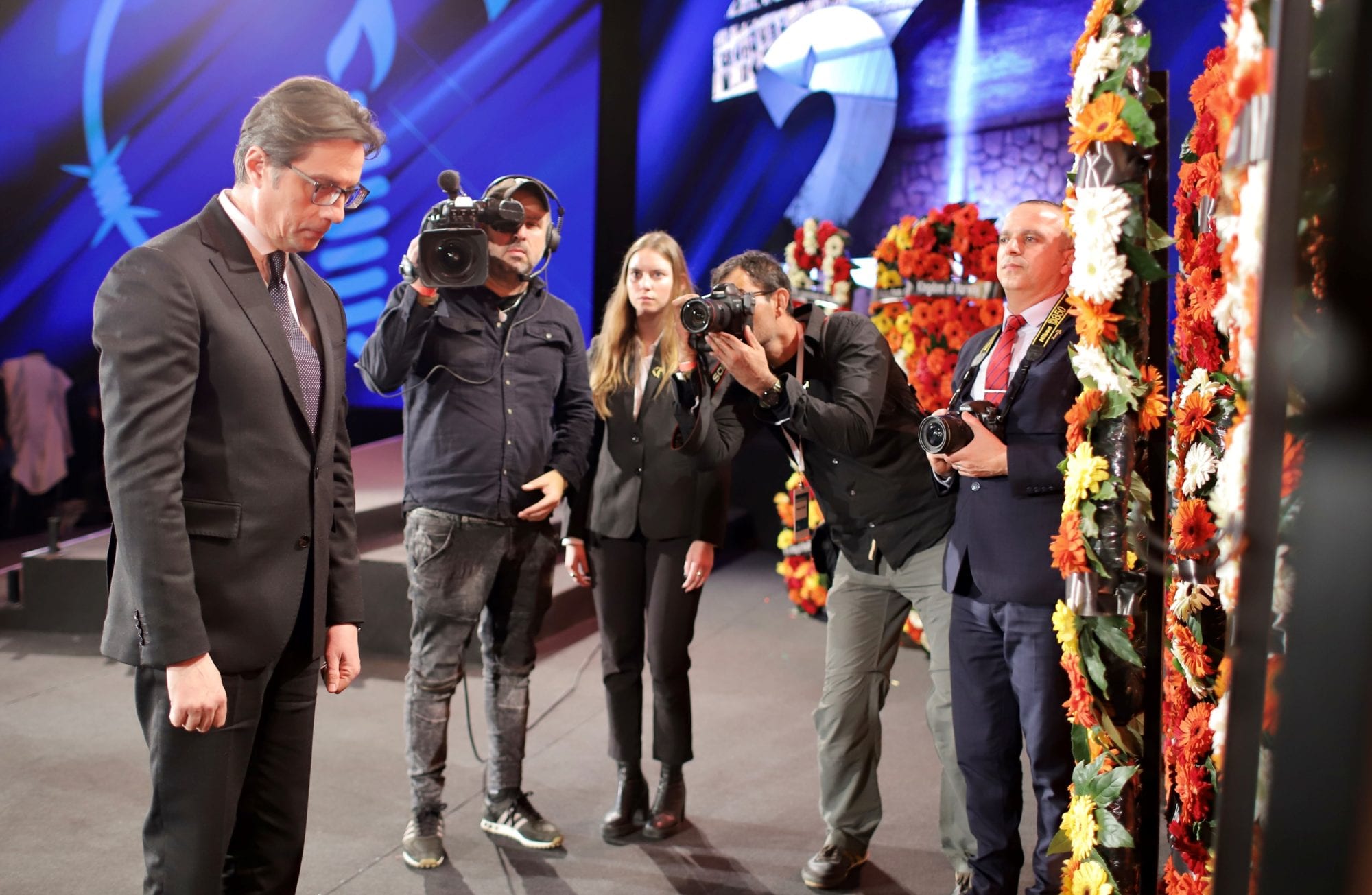 The President of the Republic of North Macedonia, Stevo Pendarovski, attended today the forum “Remembering the Holocaust and Fighting Anti-Semitism”, held in Jerusalem, Israel.

Emphasizing that no politician or individual can ever allow the same or similar thing as the Holocaust to happen, the speakers and attendees paid tribute to approximately 6 million Jews killed around the world during the World War II.

On the occasion of the International Holocaust Remembrance Day, January 27, and the 75th anniversary of the liberation of the Nazi death camp Auschwitz, two Holocaust survivors set the fire of the memorial torch.