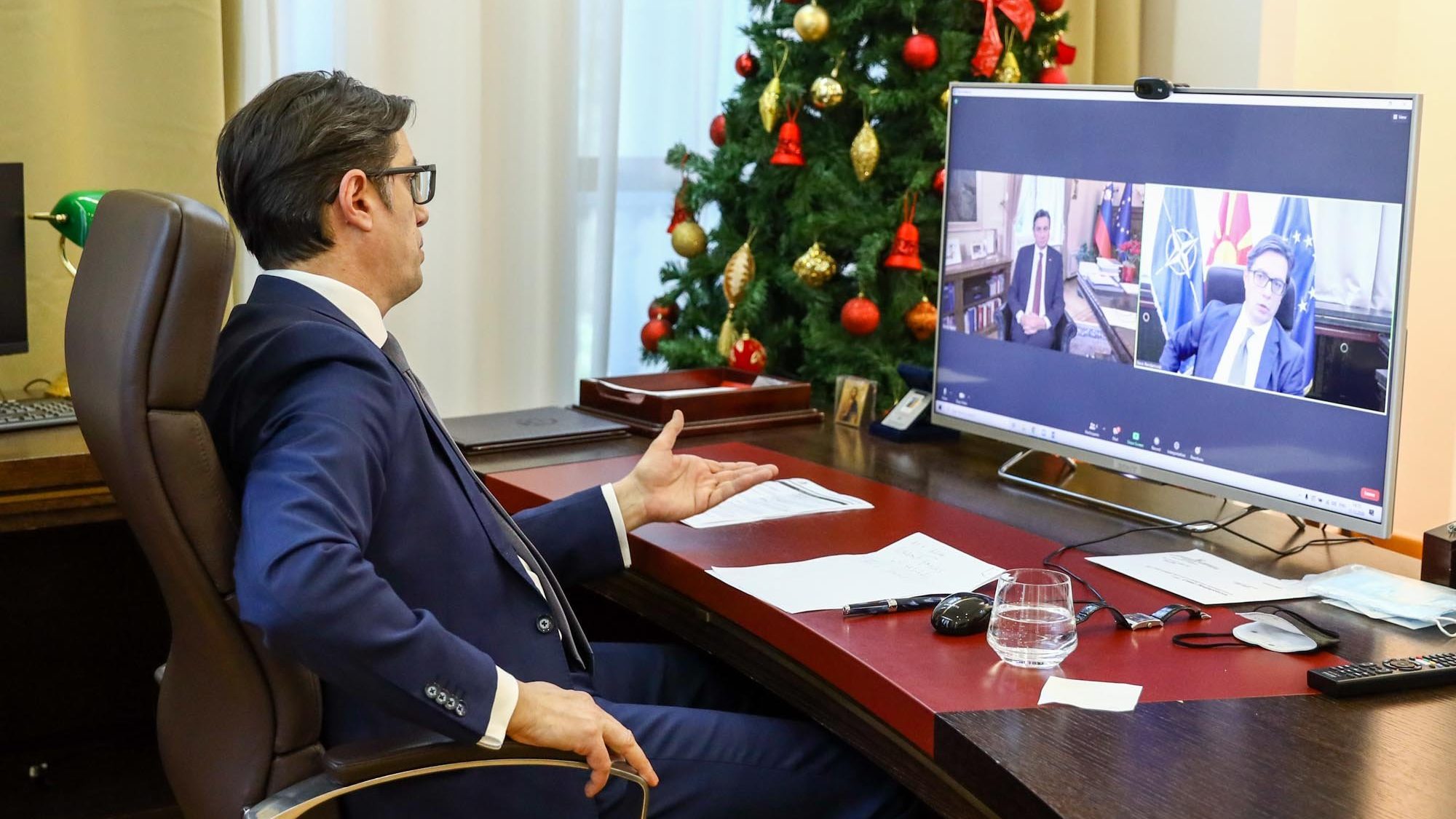 President Stevo Pendarovski addressed today the 10th To Be Secure (2BS) forum, organized by the Atlantic Council of Montenegro.

Speaking on the topic “Western Balkans in 10 Years”, President Pendarovski said that in a decade the countries of the Western Balkans can reach the current level of development of the Central European countries only with greater commitment of the EU and the US to the region, through real, not technical assessment of democratization processes and if pro-European forces are in power.

According to President Pendarovski, the best results for democratization and progress of the countries in the region have been achieved with the support and leadership of the Euro-Atlantic community as a whole.

I am convinced, President Pendarovski said, that the future of the Balkans will be bright only by rejecting nationalism, which has caused suffering and destruction in the past.

Besides President Pendarovski, the President of the Republic of Slovenia, Borut Pahor, addressed the forum’s session.