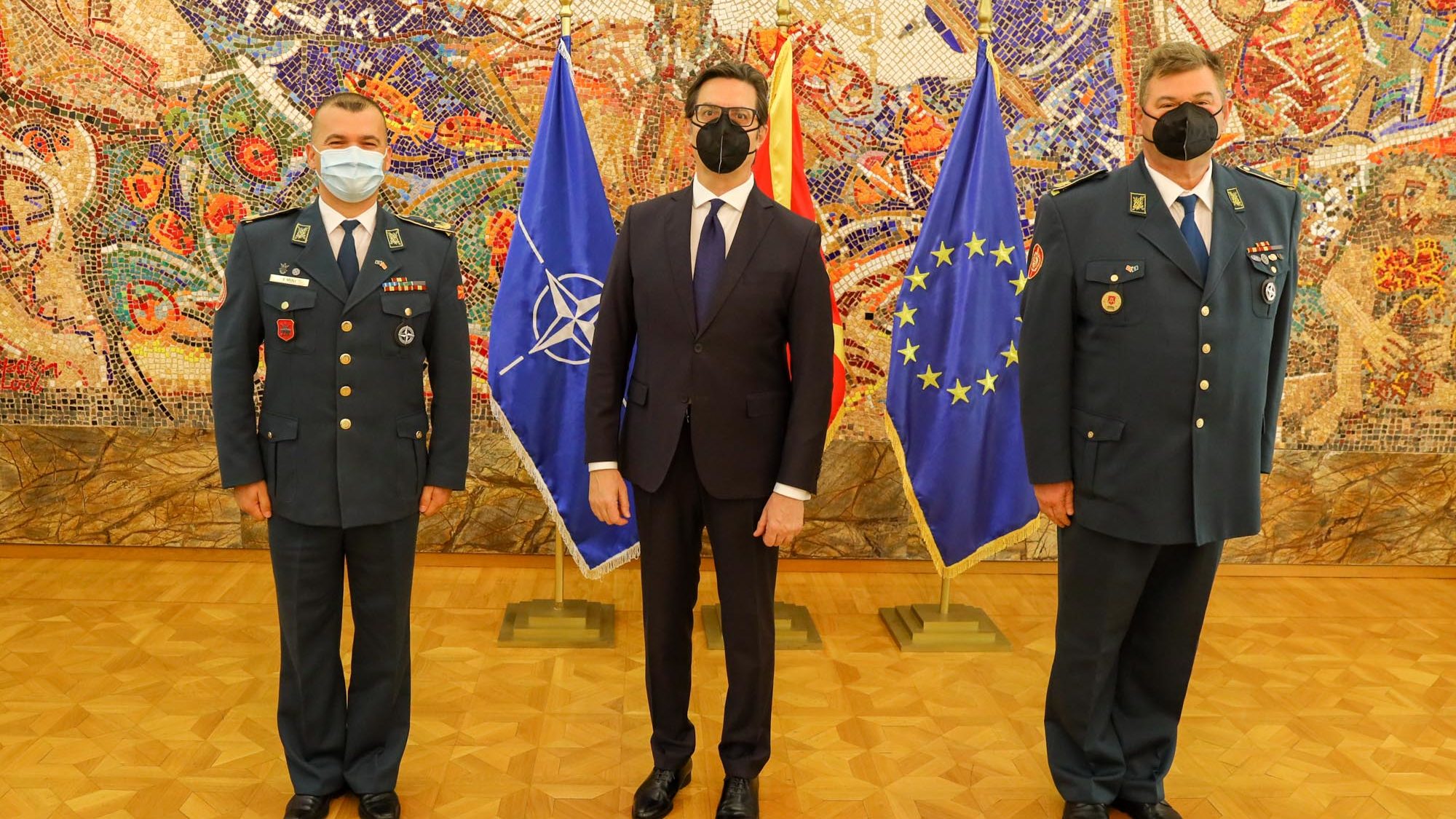 The ranks of the two army officers were presented to them today by President Pendarovski at a ceremony in “Villa Vodno”, which was attended by the Minister of Defense, Radmila Sekerinska, and the Chief of General Staff of the Army of the Republic of North Macedonia, Lieutenant General Vasko Gjurchinovski.

Simeon Trajkovski has been the Chief of the J-5 Section in the General Staff of the Army since 2017. Since receiving the invitation for NATO membership, he has been actively involved in all processes and negotiations with NATO as one of the bearers of the process of accession and integration of the Army in NATO.

Besnik Emini has been the Commander of the 1st Infantry Brigade since July 2019, which is the main force of the Army. During his military career, he was praised many times, and is a holder of the ARCOM medal, Iraqi Freedom, 2007/2008.