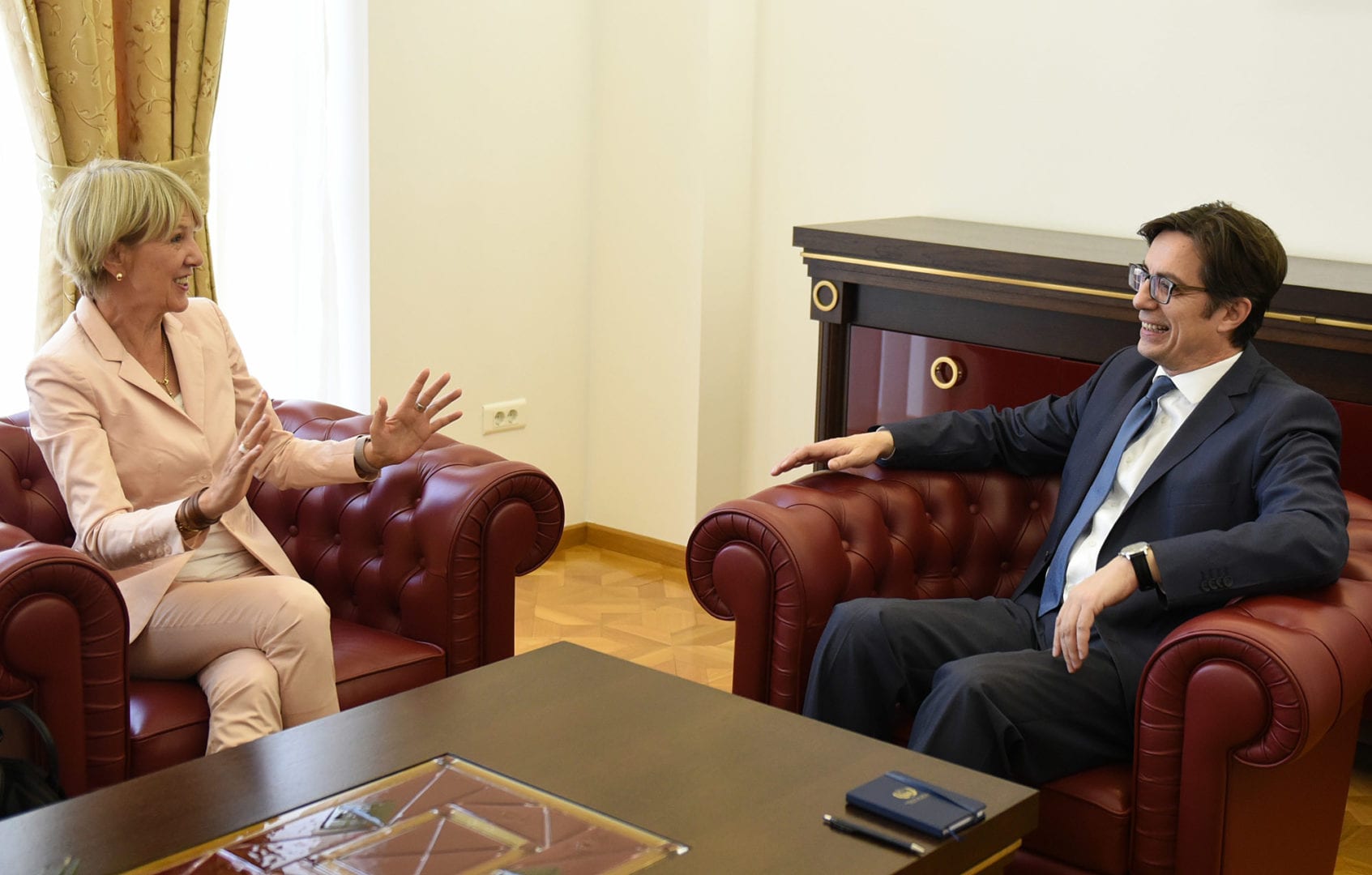 The President of the Republic of North Macedonia, Stevo Pendarovski, received today a delegation from the German media service Deutsche Welle, which marks this year 66 years of its establishment and 50 years of the Program in the Macedonian Language.

President Pendarovski congratulated the whole team of Deutsche Welle for their long-standing professionalism, critical and responsible approach in accurately, objectively and timely informing, while promoting European standards and not allowing for it to be a tool for achieving certain interests that are contrary to the basic journalistic principles.

“With its Program in the Macedonian Language, Deutsche Welle has been contributing to the development and strengthening of the cooperation between North Macedonia and Germany for five decades”, President Pendarovski said, expressing satisfaction that the German media, continuously and analytically, informs and educates about all social and political developments in both countries.

The meeting emphasized the exceptional importance of media freedom and the key role of journalism in the development of a democratic society and the rule of law. In this context, President Pendarovski stressed that it is necessary for the institutions in the Republic of North Macedonia to build a partnership and transparent relationship with the media, which must be a vigilant and uncompromising corrective to the everyday processes in the country. Only in this way, President Pendarovski said, the media will be able to carry out their basic task, to be one of the pillars of the democratic society in North Macedonia.