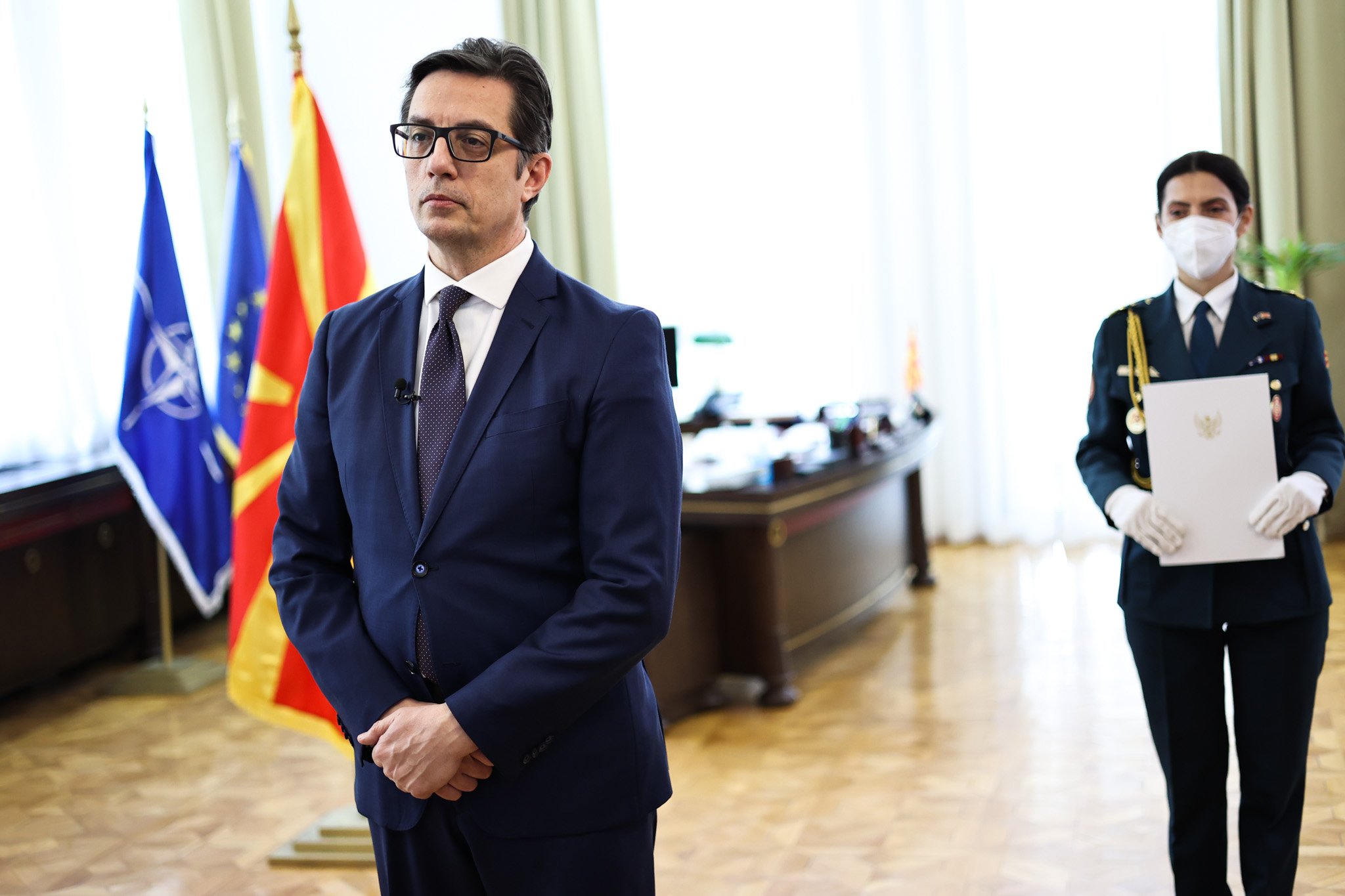 President Stevo Pendarovski had a video conversation today with the newly appointed Ambassadors of the People’s Republic of Bangladesh, the United Arab Emirates and the Republic of Indonesia to the Republic of North Macedonia, on the occasion of presenting the letters of credence which, due to the Covid-19 pandemic, were sent via diplomatic channels.

In the talks with the newly appointed Ambassador of the People’s Republic of Bangladesh, Md. Daud Ali, President Pendarovski congratulated on the 50th anniversary of Bangladesh independence and said that despite the geographical distance, the two countries nurture traditionally friendly relations. President Pendarovski stressed that the Republic of North Macedonia is ready to intensify and strengthen cooperation with all South Asian countries in areas of mutual benefit and interest.

At the meeting with the newly appointed Ambassador of the United Arab Emirates, Omar Obaid Mohammed Alhesan Alshamsi, President Pendarovski said that the UAE investment projects in the region have a positive impact on the economic growth and expressed gratitude for the UAE’s assistance in dealing with pandemics. As a NATO partner, President Pendarovski expressed readiness to enhance security cooperation with the United Arab Emirates and welcomed their constructive role in ensuring stability in the Middle East. In the year marking the 25th anniversary of the establishment of diplomatic relations, the interlocutors expressed the expectation that the excellent level of dialogue will continue with the same dynamics in the future.

In the conversation with the newly appointed Ambassador of the Republic of Indonesia, Ivan Bogananta, President Pendarovski expressed satisfaction with the bilateral relations based on mutual understanding and friendship and expressed interest in further developing political dialogue and promoting economic cooperation through investment opportunities. The meeting also stressed the readiness to continue the excellent cooperation at the international level, especially within the United Nations. Ethnic and cultural diversity, fostering tolerance and inter-religious dialogue, President Pendarovski said, are values shared by the two countries and are the basis for promoting mutual contacts and exchange of experiences.

President Pendarovski wished the newly appointed Ambassadors successful performance of their duties and expressed expectation that their diplomatic experience will contribute to the promotion of bilateral relations and mutual cooperation.