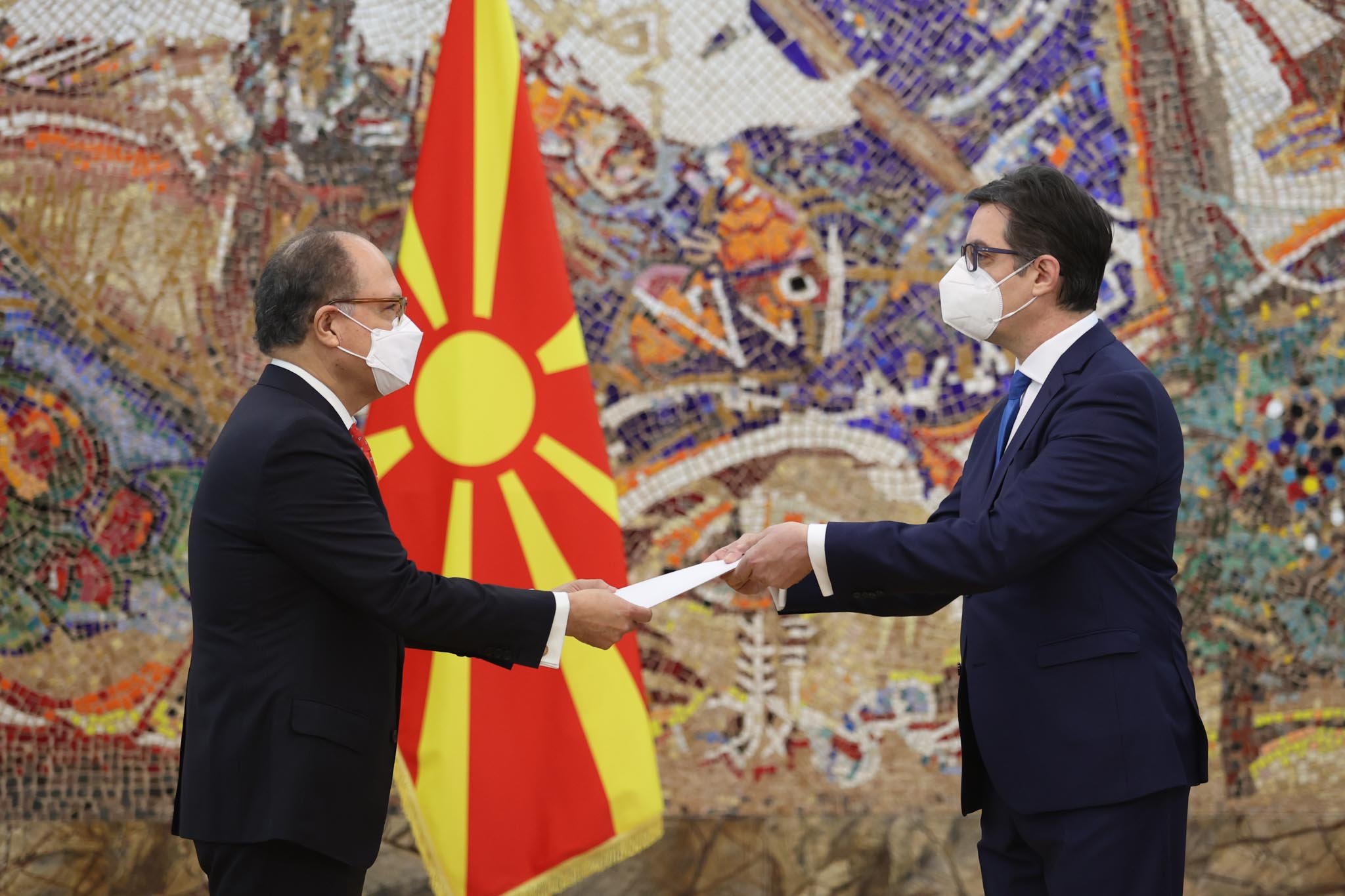 President Stevo Pendarovski received the letters of credence of the newly appointed Ambassadors of the United Mexican States and of Malaysia to the Republic of North Macedonia.

At the ceremony of presenting the credentials by the new Ambassador of the United Mexican States, resident in Belgrade, Carlos Isauro Felix Corona, President Pendarovski stressed that the bilateral relations and cooperation between the two countries are traditionally based on friendship, mutual understanding and mutual respect, adding that there are a number of opportunities for their advancement especially in the field of culture, education, tourism and economy.

In that regard, I sincerely hope that you, through your future engagement, will contribute to their overall strengthening, by introducing new content, through more intensive political dialogue, communication between parliaments, twinning at the local level and enhanced economic cooperation”, President Pendarovski said.

The Mexican Ambassador noted that this year marks 20 years since the establishment of diplomatic relations between the two countries, emphasizing that he will actively strive to promote a new chapter of understanding and cooperation between Mexico and North Macedonia based on long-standing and strong friendship and understanding.

“Mexico as the 15th economy in the world, with a diverse and open economy, is a reliable trading partner of North Macedonia in its vision to diversify its economic ties in other regions of the world. Promotion of mutual trade and investment opportunities is another important task on my agenda”, the Mexican Ambassador said.

At the ceremony of presenting the credentials by Francisco Munis, the new Ambassador of Malaysia resident in Budapest, President Pendarovski stressed that the two countries cultivate friendly relations, with North Macedonia paying attention to the development and advancement of the overall relations with Malaysia, both bilaterally and multilaterally

“I am firmly convinced that, in addition to the common desire, there is a great potential to develop and improve mutual relations. This especially refers to the cooperation in the field of tourism, culture and economy, where the Republic of North Macedonia, with the benefits it offers, could be a gateway for Malaysian products in the region of Southeast Europe”, President Pendarovski said.

Stressing that the expectations and potential of economic and business partnership are promising, especially in the field of food industry, tourism and cultural exchanges, Ambassador Munis stressed that the two countries maintain practical cooperation at multilateral level, where they are committed to resolving international issues in a fair and just way.

“In this regard, Malaysia and North Macedonia will continue to cultivate cordial relations with all countries and to cooperate in all spheres on global issues, both within the United Nations and other international platforms”, ​​ Ambassador Munis said.