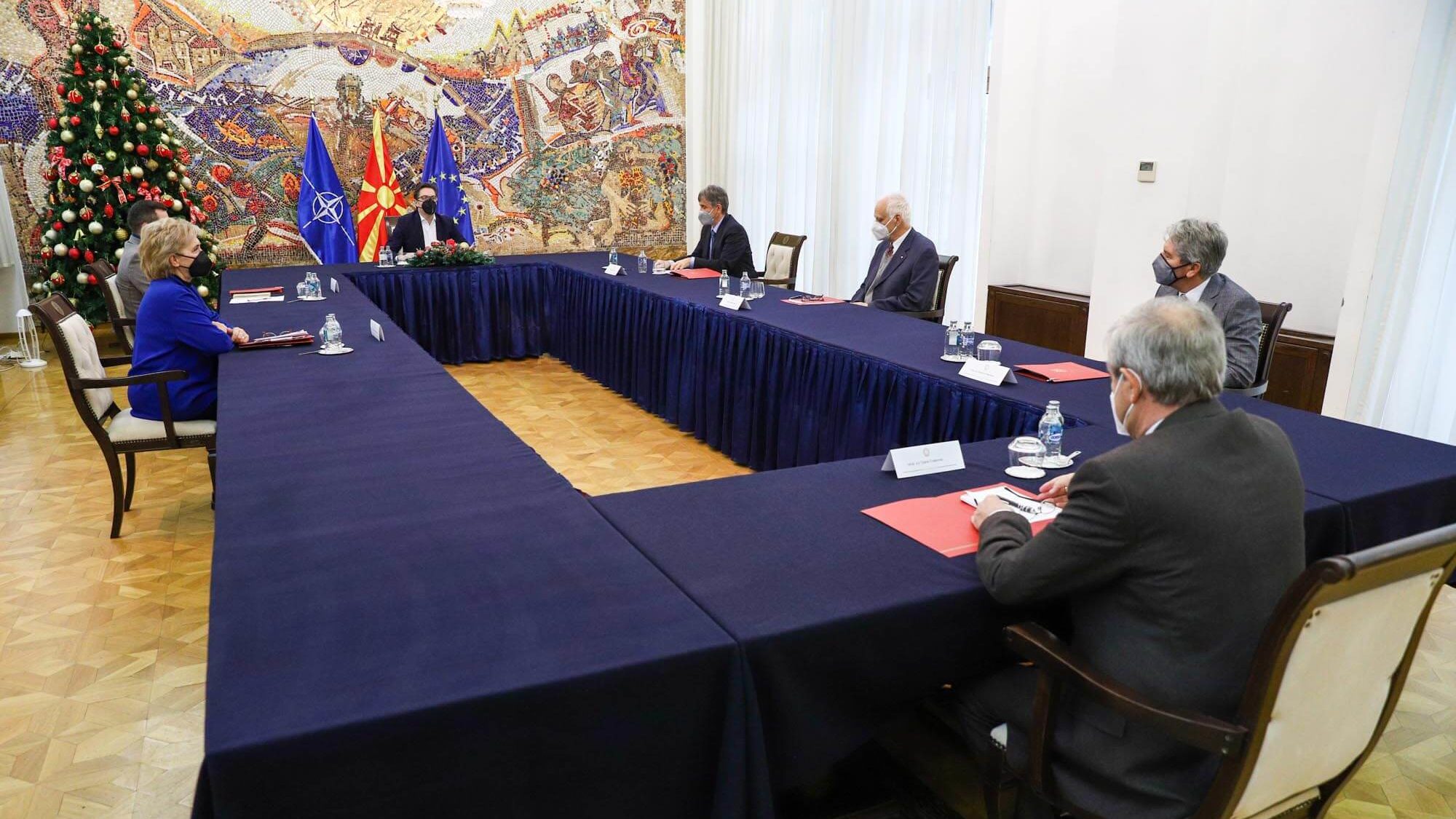 President Stevo Pendarovski received today some of the Macedonian scientists who are on the list of the most quoted and most influential scientists in the world in all areas for 2020, published by the US Stanford University.

At the meeting, the scientists informed President Pendarovski about their scientific research activities, as well as the perspectives and potentials of the areas in which each of them works. At the meeting, opinions were exchanged on the series of challenges that significantly complicate the necessary development of science and research in the country.

Congratulating the impressive achievements of our scientists, President Pendarovski stressed the need to strengthen the cooperation between state institutions, science and the business sector, because the development of every society is inevitably linked to investing in education. In that context, he emphasized his personal commitment to promote and support projects aimed at encouraging scientific and research work among young people.