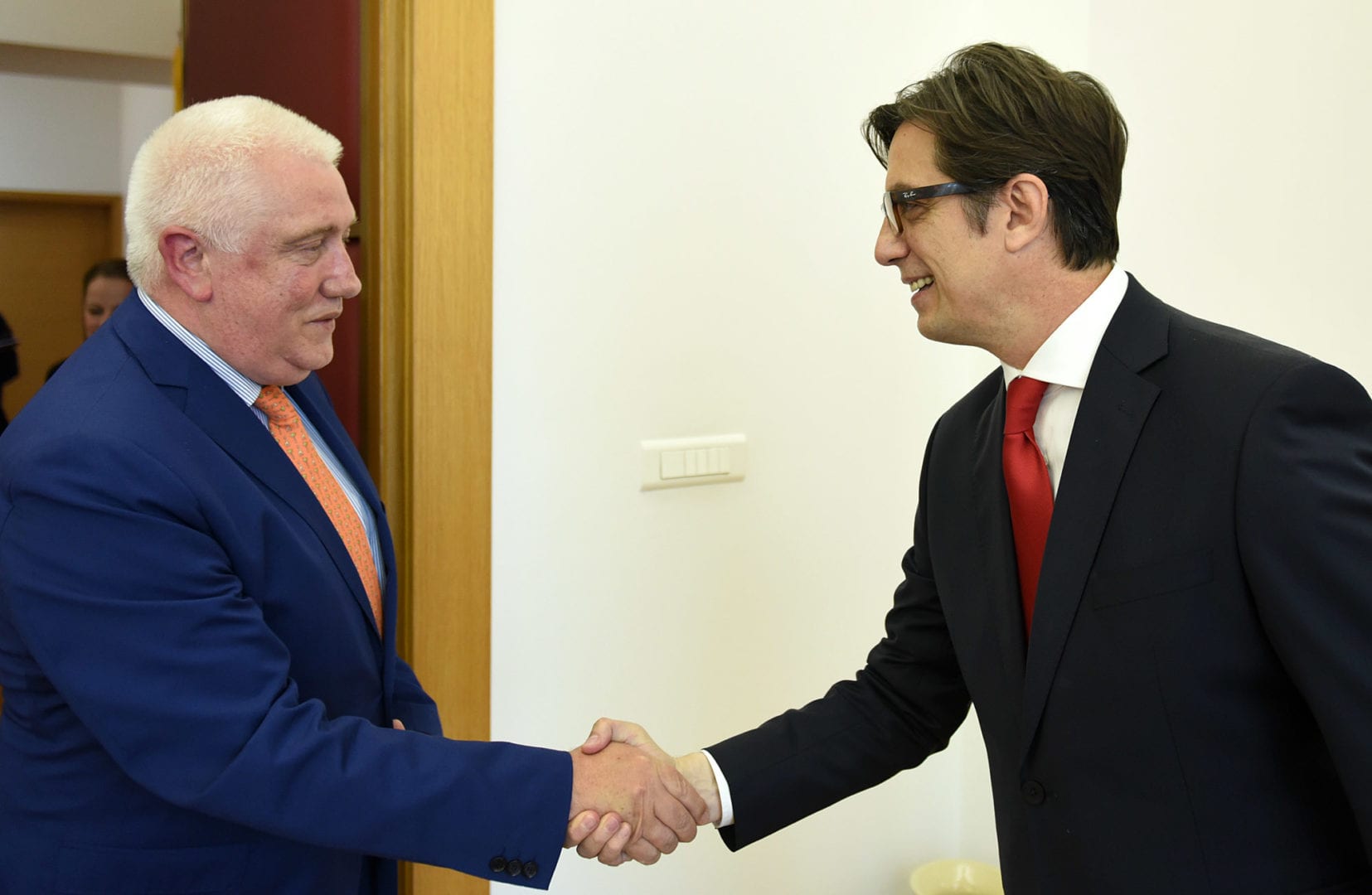 At the meeting, the two interlocutors concluded that the overall relations between the Republic of North Macedonia and the Republic of Albania, characterized by sincere friendship and mutual understanding, mark positive development and continuous dialogue.

President Pendarovski emphasized that in the future, the two countries should commit to promoting bilateral cooperation, especially in the field of economy and increasing trade, as well as to implementing infrastructure projects that connect North Macedonia and Albania.

Regarding the European integration processes, President Pendarovski stressed that it is necessary for the European Union to value the efforts of the two countries by setting a date for the start of accession negotiations. The meeting stressed that it will contribute to further regional consolidation and cooperation between the countries.

Ambassador Fatos Reka congratulated President Pendarovski on his assuming of office and wished him success in his work, expressing confidence for further improvement of bilateral cooperation in all fields of mutual interest.