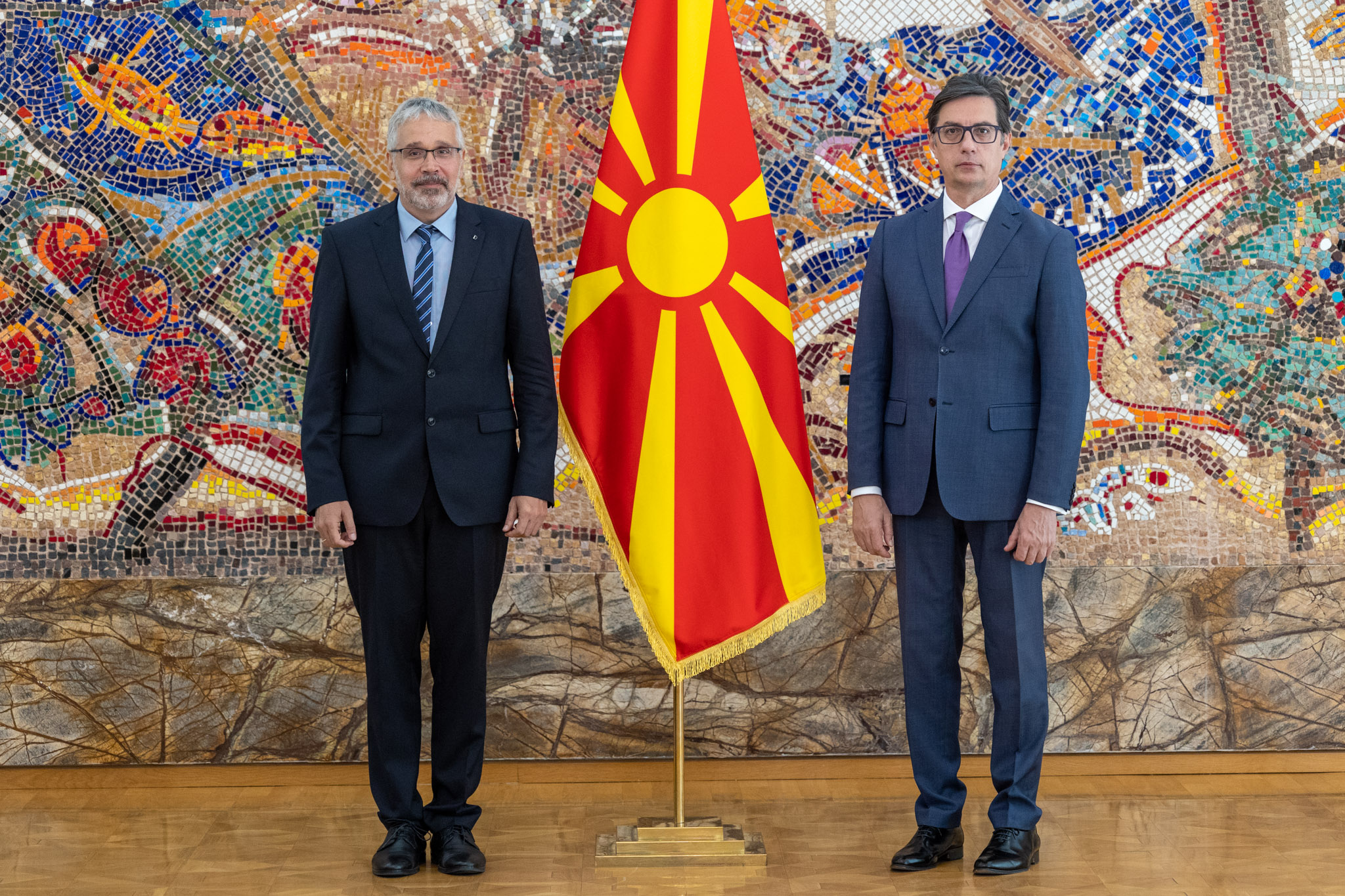 President Stevo Pendarovski received today the Letters of Credence of the newly appointed Ambassador of Hungary to the Republic of North Macedonia, Andras Klein.

At the ceremony of presenting the credentials, President Pendarovski expressed his satisfaction with the long-term successful cooperation in the spirit of strong friendship and traditional partnership, adding that the two countries are connected by a common vision of peace, stability and prosperity, both in the region of the Western Balkans and on the European continent.

President Pendarovski emphasized the Hungarian contribution in the context of the beginnings of the migrant crisis on the so-called Western-Balkan route in securing and protecting the Macedonian southern border and expressed his gratitude that to date, almost 1.800 Hungarian police officers have taken part in the joint handling of the challenges of illegal migration.

The newly appointed Ambassador Klein said that the Hungarian government remains strong in its support for the integration of the countries of the Western Balkans into the EU, congratulating the start of the negotiations of the Republic of North Macedonia. He added that the bilateral relations abound with examples of cooperation.