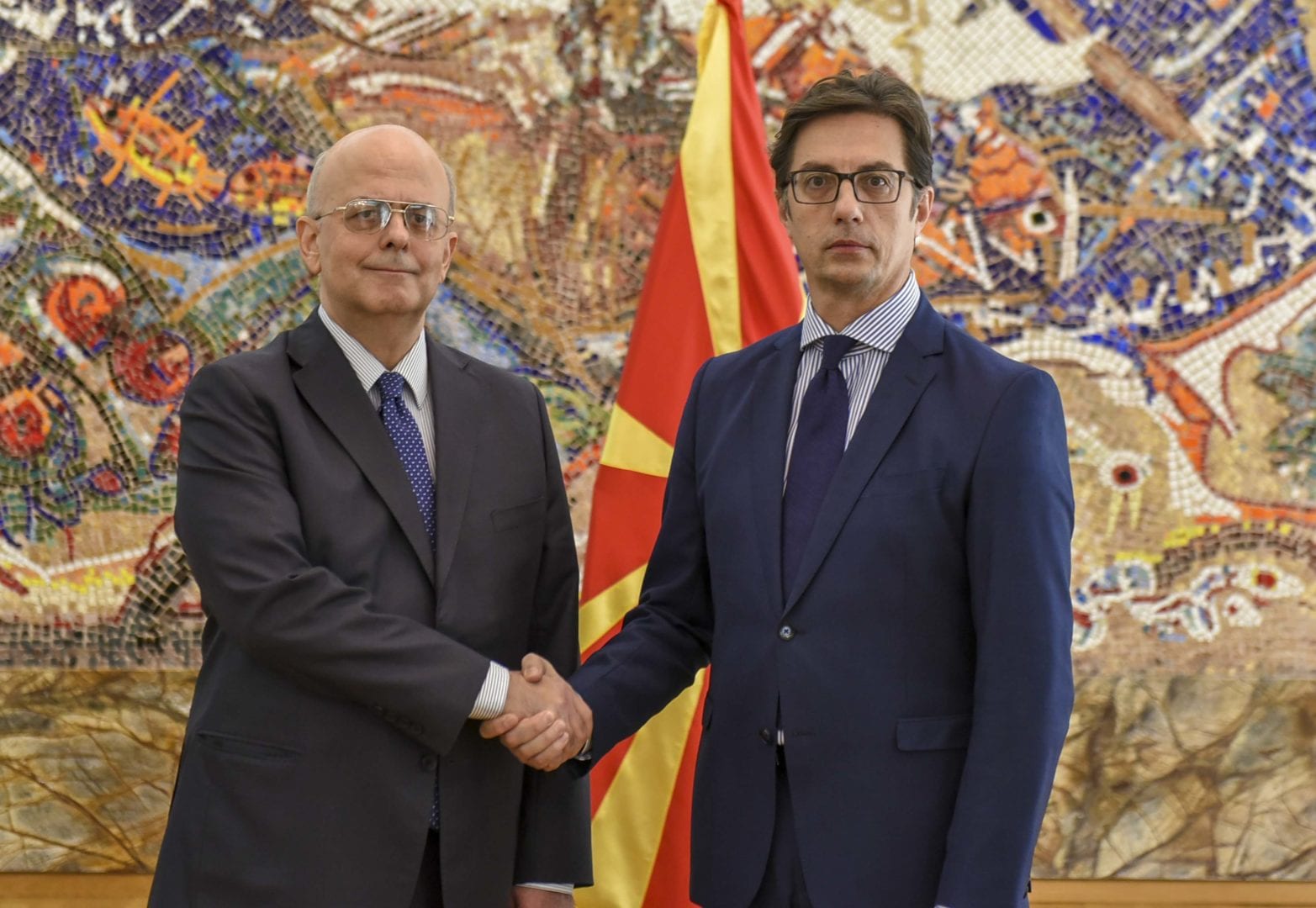 Expressing satisfaction with the opening of a new chapter in the relations between the two countries with considerable potential for their further enrichment and promotion, President Pendarovski said that this step was due, first and foremost, to the two countries’ commitment to building good neighborly relations based on mutual principles and transparency.

“The Prespa Agreement creates great opportunities for continuous and significant promotion of cooperation in all fields and building partnership as it befits two neighboring countries that share Euro-Atlantic values”, President Pendarovski said, noting that our country in the spirit of good neighborliness is ready for further dedicated and substantial cooperation with the Hellenic Republic, which is of interest to the citizens of both countries and their welfare.

President Pendarovski expressed expectation that the focus of further cooperation would be on promoting the already good economic situation.

“In this regard, special priority should be the implementation of specific regional projects for improvement of rail, road and energy connectivity, communications, tourism, economic exchange, flow of people, ideas and all those areas envisaged in the Action Plan for Enrichment and Promotion of Economic Cooperation, signed by the prime ministers of both countries”, the President said.

Expressing his gratitude for the warm welcome, Ambassador Yannakakis said that he is particularly honored to present my credentials today as the first Ambassador of the Hellenic Republic in North Macedonia, adding that since June 2016, when he came as Head of the Greek Liaison Office in Skopje, the Prespa Agreement was signed, ratified and entered into force, leading Greece to support the process of North Macedonia’s accession to NATO and the EU., the Ambassador stressed and added that the full and timely implementation of this Agreement is of vital importance for the relations between the two countries.

Given that we have entered a new era, Ambassador Yannakakis said, cooperation and synergies between our two countries can now and must be further enhanced in all areas of mutual interest, while the Prespa Agreement and the adopted Action Plan, have set a broad framework for cooperation in numerous areas in which a number of agreements and memoranda of understanding have already been signed.

The Greek Ambassador said that the common interest of both countries is the democratic stability and security of the region, the security and safety of their borders, as well as the prosperity and development of the region.

President Pendarovski wished the newly appointed Ambassador success in the execution of his diplomatic duty.