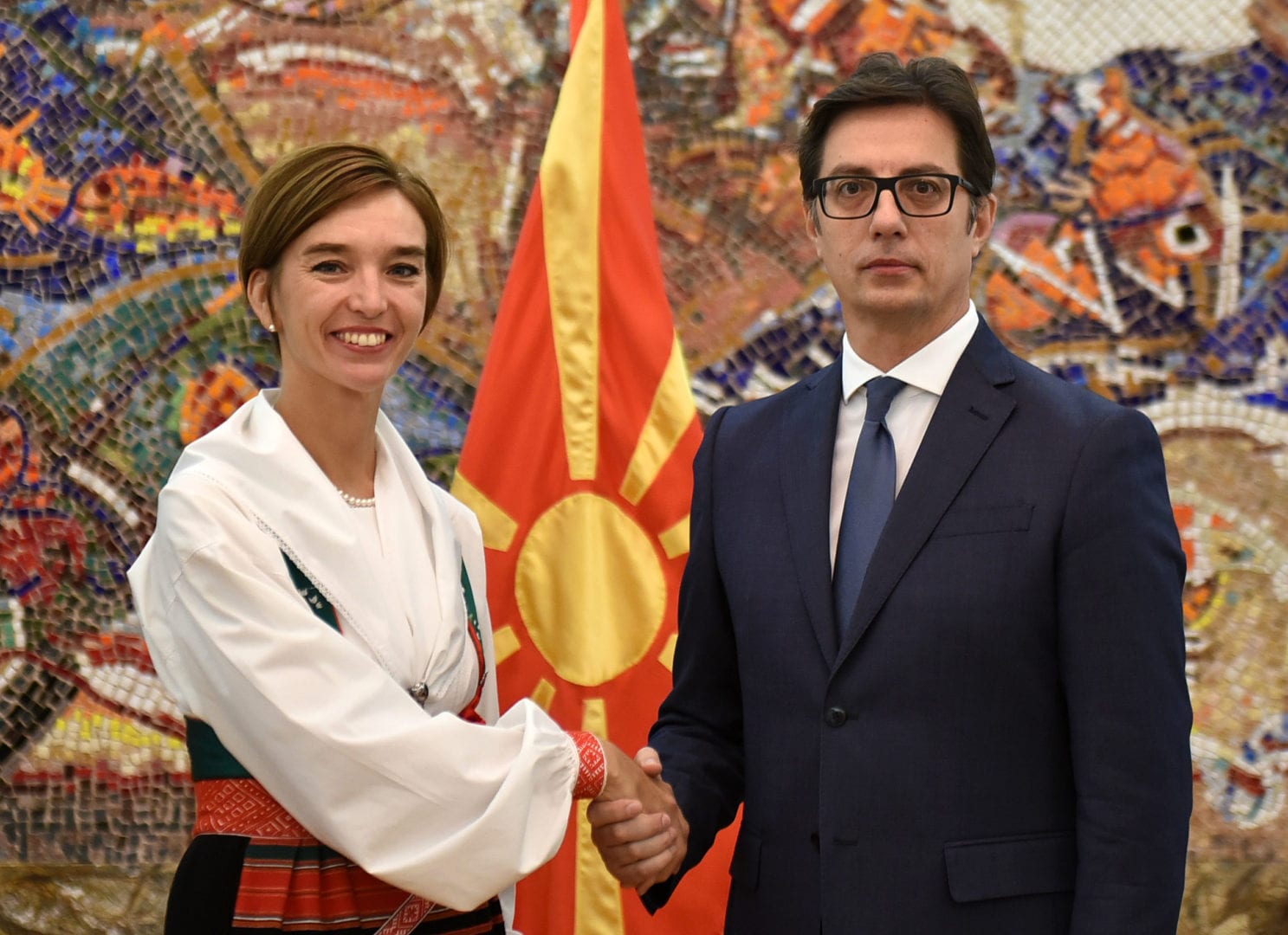 Wishing her a sincere welcome and successful execution of her very responsible mission, President Pendarovski said that the Republic of North Macedonia and the Kingdom of Sweden are continuously building friendly and partnership relations. The President noted that there is still untapped potential and room for further deepening of cooperation and communication between the two countries, emphasizing the interest in intensifying cooperation in the field of economy.

The support of the Kingdom of Sweden for the integration of the countries from the Western Balkan region into the European Union, and in that context the Republic of North Macedonia too, is vital. Hence, I hope the progress of my country, as noted in the European Commission’s Report, will be appreciated and supported by a positive decision in October this year, for the Republic of North Macedonia to start accession negotiations with the European Union”, President Pendarovski said at the ceremony.

Ambassador Kristin Forsgren Bengtsson, noting the honor of representing Sweden as Ambassador to our country, said that many positive developments have taken place in our country during the last years, such as reforms in the public administration and strengthened neighborly relations.

The Prespa Agreement is an historic achievement that demonstrates courage and leadership and could also serve as an inspiring example for the region. The agreement has not just been positively received in the EU but has also been crucial for your coming accession to NATO. Even though Sweden is not a member of NATO, we soon hope to see North Macedonia’s integration into the Euro-Atlantic community, the Swedish Ambassador said.

The Swedish government, as the Ambassador said, has consistently supported the start of negotiations for North Macedonia with the EU, in order to one day – when all requirements are fulfilled – become a member. The Ambassador said that the rule of law stands out as central for the EU integration and expressed support for our efforts to fight corruption and strengthen the legal system.

President Pendarovski wished the newly appointed Ambassador success in the performance of the responsible diplomatic duty.