President Pendarovski receives the credentials of the newly appointed Ambassador of the Republic of Croatia, Tiganj 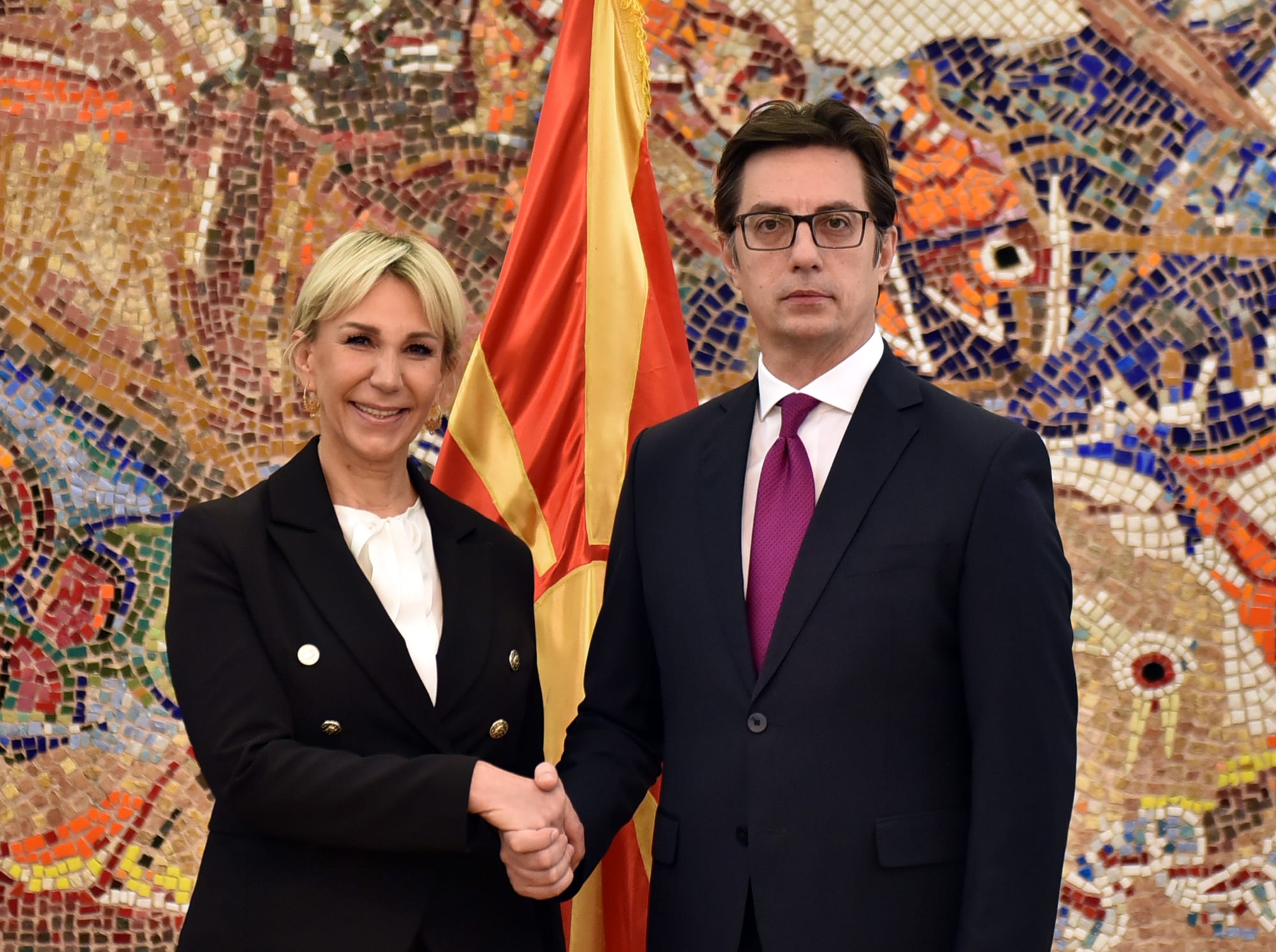 President Pendarovski stressed that the two friendly countries are connected by traditional and sincere friendship. These values, as President Pendarovski said, are key elements for building a safer and more prosperous future for the citizens of North Macedonia and Croatia, as well as for the entire region.

Expressing gratitude for the clear and unreserved support that Croatia gives to North Macedonia, President Pendarovski said he expected our country to start accession negotiations with the European Union, precisely during Croatia’s EU presidency, in the first six months of the next year.

“Thus, we will reaffirm our friendship and cooperation, especially in this important period for our country, but I also believe for the region, as well as for the European Union, that is, the enlargement process”, President Pendarovski said.

At the ceremony of presenting the credentials, Ambassador Tiganj said that in line with the policy of the Republic of Croatia, she will always stress the current progress of North Macedonia and will continue to support the reform processes. There is great potential, as Ambassador Tiganj said, for the two friendly nations to further promote bilateral relations, stressing that the economy, tourism, as well as the national minorities of the two countries, are only part of the areas for continued mutual fruitful cooperation.