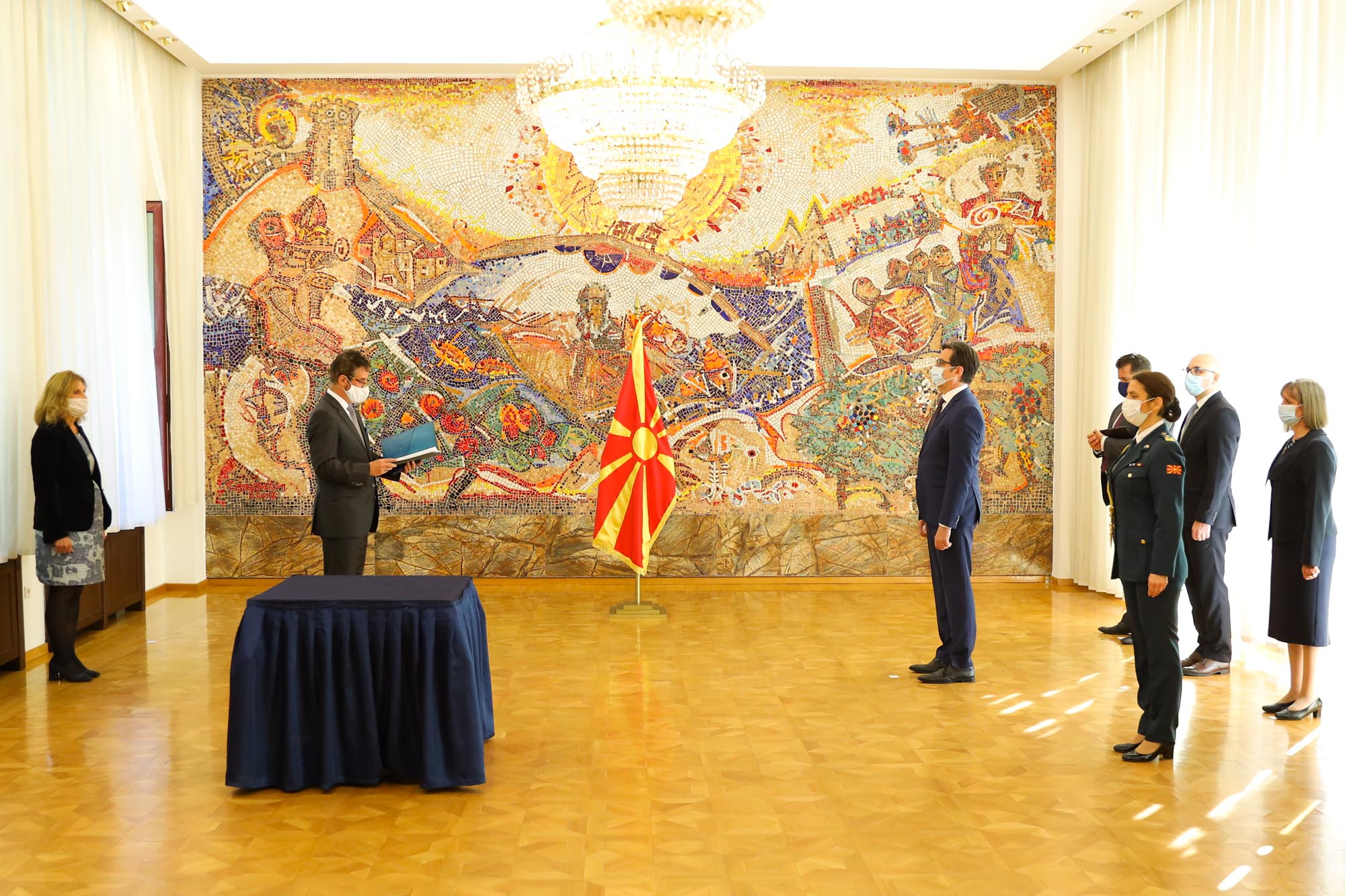 At the ceremony of presenting the letters of credence by Frederic Meurice, newly appointed Ambassador of the Kingdom of Belgium to the Republic of North Macedonia, resident in Sofia, President Pendarovski said that in the past period the two countries have built close friendly relations and a solid level of cooperation in many areas, and that the Kingdom of Belgium is a great friend and sincere ally in the process of our European and Euro-Atlantic processes.

Emphasizing that this year is important for our country, because we have officially become the 30th member of NATO, President Pendarovski said that in the coming period another important process follows for which we expect the support of the Kingdom of Belgium, as one of the founding countries of European Union, to hold the Intergovernmental Conference by the end of this year and to formally start the accession negotiations for full membership with the Union.

“The bilateral relations are excellent and built on shared strategic interests, Ambassador Meurice said at the ceremony of presenting the letters of credence, adding that the two countries believe in an Alliance based on common values ​​and commitments.

At the ceremony of presenting the letters of credence by Sussane Shine, the newly appointed Ambassador of the Kingdom of Denmark to the Republic of North Macedonia, resident in Belgrade, President Pendarovski said that the two countries are continuously building friendly, allied and partnership relations that result in successful development of the bilateral relations in many spheres of social life.

Emphasizing the importance of the support of the Kingdom of Denmark for the integration processes in the region, President Pendarovski expressed confidence that the European perspective of the country will be enhanced very soon, first with the adoption of the negotiating framework, and then with the First Intergovernmental Conference and formal start of the accession negotiations.

Ambassador Shine said that the two countries have solid bilateral relations and cooperation in several areas of mutual interest, expressing hope that they will deepen and improve in the coming period.