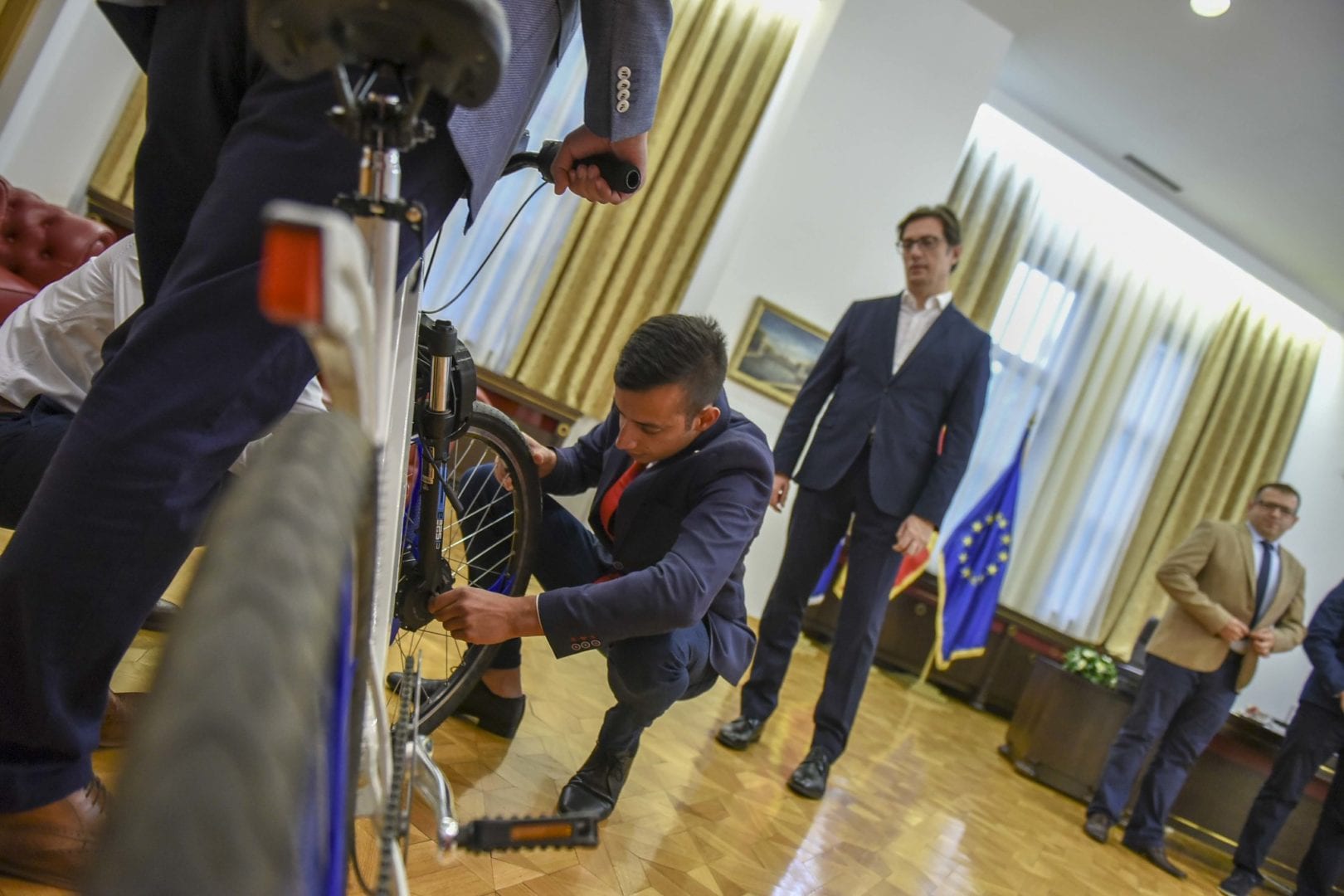 The President of the Republic of North Macedonia, Stevo Pendarovski, received today the students of the Faculty of Mechanical Engineering – Skopje, who created the GET Bike project (City Eco Transport).

With their invention “Air Filter Built in Bicycle Wheel”, they recently participated in the KIWIE 2019 International Exhibition held in Seoul, South Korea, where they won a Gold Medal, awarded by the International Commission composed of experts in the field, Gold Medal and a Diploma by the Indonesia Invention and Innovation Promotion Association and with the Best Invention Diploma awarded by the Center for Women Innovators of Uzbekistan.

At the meeting, the students informed President Pendarovski about their idea through the implementation of this project to offer the citizens a new service which provides an alternative way of moving in the urban environment, i.e. intelligent city transport system of electric bicycles that can be rented, which have built-in filters to purify the air of PM10 particles, thereby reducing city congestion.

President Pendarovski said that such ideas and projects have his full support, expressing satisfaction that this time innovation and creativity were directed towards one of the biggest global challenges, environmental improvement. The President expressed confidence at the meeting that the state, but also the companies and investors, recognize such good projects, and that the massive use of the GET Bike is a very realistic expectation.

“Air Filter Built in Bicycle Wheel” invention was developed by the students: Ina Krstevska, Filip Poposki, Marko Naseski, Martin Spasovski, Igor Dzambaski and Aleksandar Jankovic, together with their mentor, Professor Ile Mircheski, assisted by the “Venito Commerce” company and the Fund for Innovation and Technological Development of the Republic of North Macedonia.

The meeting was also attended by the Dean of the Faculty of Mechanical Engineering – Skopje, Darko Danev, and the recently graduated student Tashuli Taleski, who won the first place at the 2019 International Student Design Olympiad for Technology.