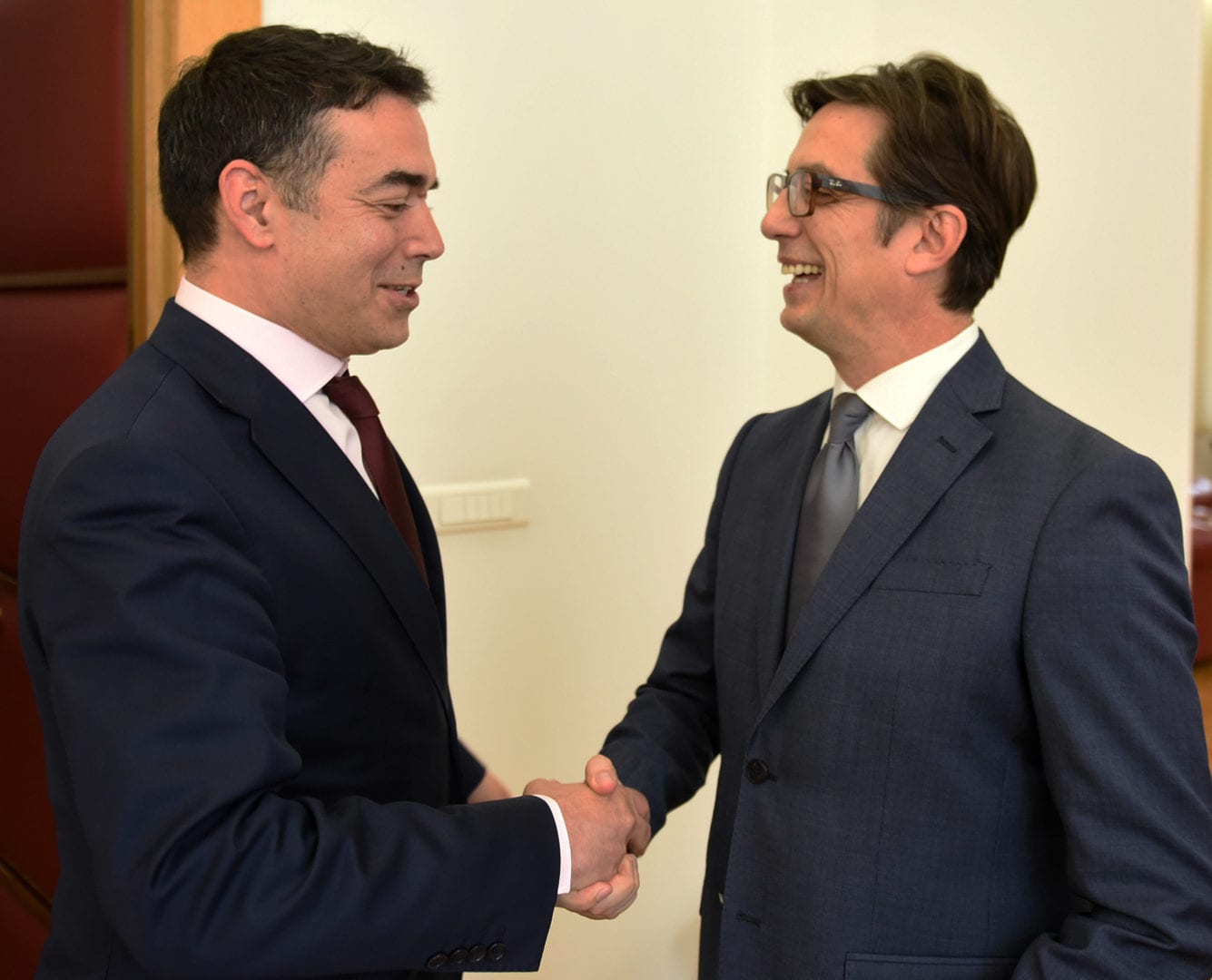 The meeting exchanged views on the overall situation in the Republic of North Macedonia, as well as on the situation in the region. The two interlocutors also discussed the future cooperation between the two institutions.

President Pendarovski and Minister Dimitrov agreed on the need for specific and substantive cooperation between the Cabinet of the President and the Ministry of Foreign Affairs on issues of shared competence, in function of harmonized performance at the international level and implementation of the strategic goals of the Republic of North Macedonia.

President Pendarovski and Minister Dimitrov voiced their expectation for valorization of the overall efforts of the country by the European Council and setting a date for accession negotiations of the Republic of North Macedonia with the European Union.