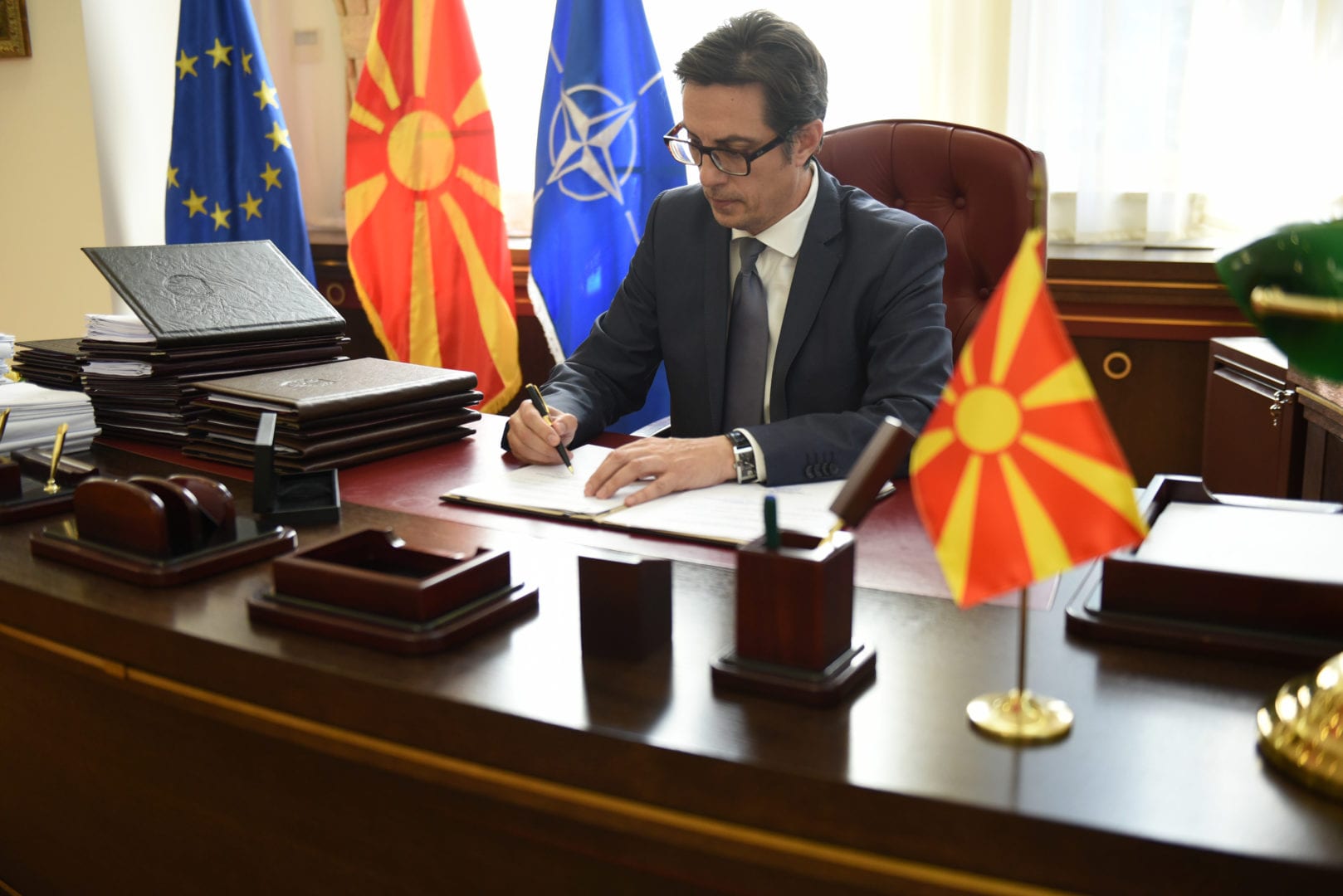 President Pendarovski also signed the decree for the proclamation of the Law on Energy.

President Pendarovski believes that the adoption of these laws and their future implementation is of vital interest for the citizens of the Republic of North Macedonia.

With the adoption of the Law on Courts, one of the key requirements of the European Union is met, aimed at setting a date for the start of accession negotiations of the Republic of North Macedonia.

The provisions of the Law on Courts will contain clear and precise procedures for appointment and promotion of judges, as well as for dismissal of judges and their disciplinary responsibility.

With the new Law on Administrative Disputes, the citizens will receive effective legal protection of their rights in the administrative disputes. The transparency and publicity of the procedures will be increased with the mandatory public hearing.

With the new Law on Misdemeanors, the citizens will pay lower fines. This Law directly affects the budget of the citizens because it provides for a warning before the sentence, as well as a significant reduction of the penalties.

With the adoption of the Law Amending the Law on Organization and Operation of the State Administration Bodies, the functioning of the state in the political system related affairs, the implementation of the Ohrid Framework Agreement and the principles arising from this Agreement will be improved and will ensure promotion and protection of the rights of the members of the communities in the Republic of North Macedonia. The new Law on Energy foresees replacement of fossil fuels with energy derived from renewable sources. This creates a basis for resolving one of the most pressing issues in our society, protecting the environment and human health.