President Pendarovski: The consensus in decision-making is EU’s key problem 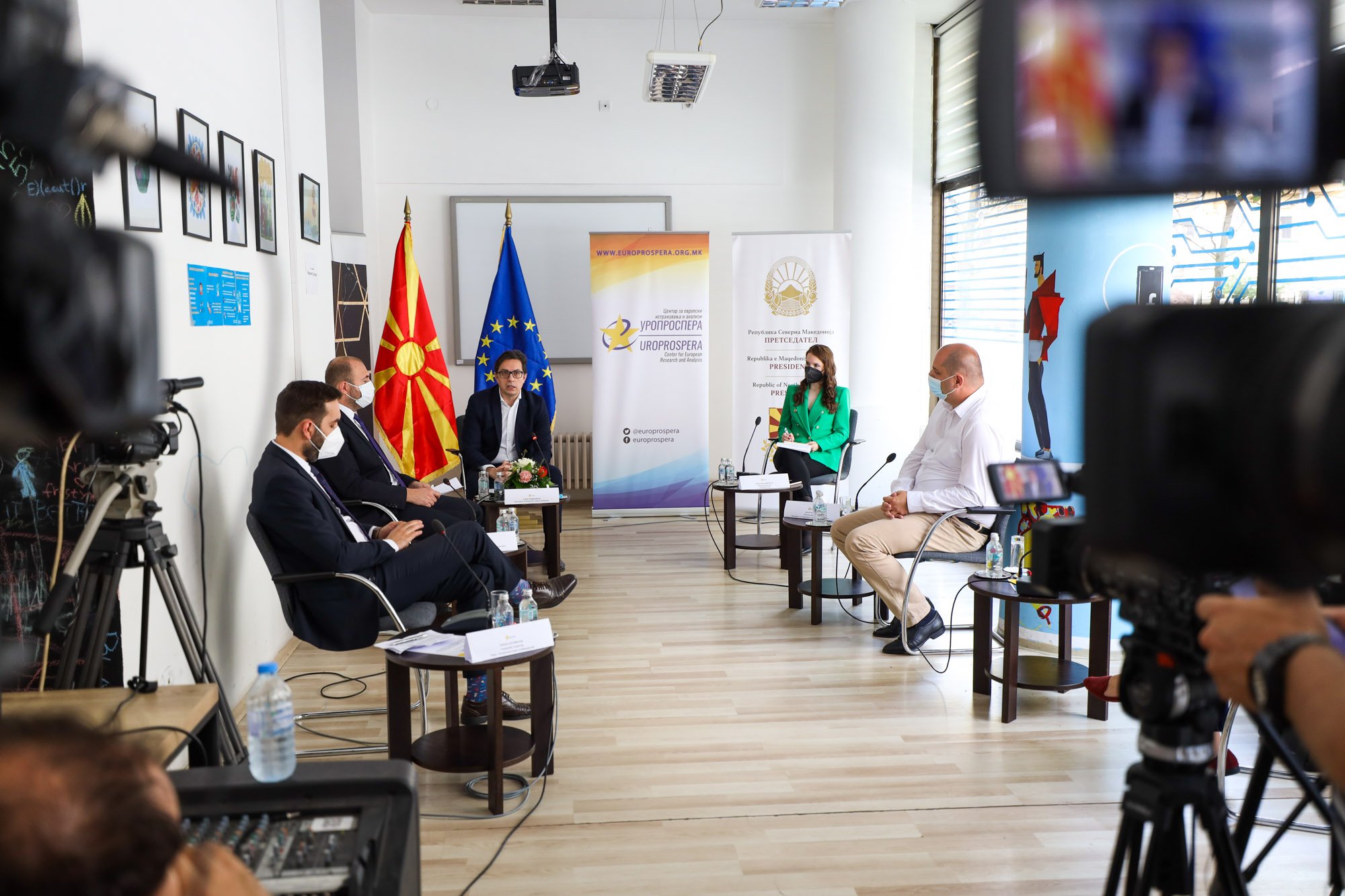 President Stevo Pendarovski participated today in a panel discussion on “Thirty Years of Independence and the Euro-Atlantic Perspectives of the Republic of North Macedonia”, organized by the NGO Europrospera.

President Pendarovski spoke about the failure of the enlargement process, the principle of consensus as a reason for the blockades in the EU and paralysis in making quick decisions.

“The key problem of the EU is the process of making decisions by consensus. If it does not change, the Union cannot be a key geopolitical player. It also leads to an increase in Euro-skepticism in the Western Balkans region and in North Macedonia, but also in the EU itself, which is devastating”, President Pendarovski said.

In his address, President Pendarovski also referred to the relations with neighboring Bulgaria and the blockade of Sofia in the context of Macedonia’s European integration. President Pendarovski reaffirmed the view that if the price of joining the EU is our identity, we do not need the EU.

In that context, and in relation to the expectations from the Council of the EU, President Pendarovski expressed skepticism regarding the chances for North Macedonia to get a decision to start accession negotiations with the Union.

“It has been made clear by Sofia that in the absence of a parliament and in the absence of a political government, they will not be able to give the green light. Everything that could be offered by us as a gesture of goodwill, and that did not go beyond reasonable talks and negotiation on important aspects of bilateral relations with Sofia was offered. Of course, we cannot tackle the identity complex and no one should expect that to happen even after July or August”, President Pendarovski said, adding that we should wait and see what the new Bulgarian government will decide as a way out of the situation they created themselves.

At the panel discussion, President Pendarovski assessed as excellent the Portuguese proposal for overcoming the dispute with Bulgaria, explaining that according to him, the positions of both sides are declared.

“In a situation when the EU enlargement is de facto frozen, we have two options, to bring Europe home or, second, I think we should soon start reviving the 2008 strategic partnership agreement with the United States. This does not mean giving up European integration, on the contrary. But, if the dispute with Bulgaria continues, we must look for alternatives”, President Pendarovski added.

In terms of economic development and prosperity, President Pendarovski pointed out that our region lags behind in physical and digital infrastructure compared to the EU countries. Hence, EU and US assistance is needed for faster democratization.

At the panel discussion “Thirty Years of Independence and the Euro-Atlantic Perspectives of the Republic of North Macedonia”, President Pendarovski referred to the significance of the Framework Agreement, its implementation in the country, as well as the importance and benefits of our NATO membership.