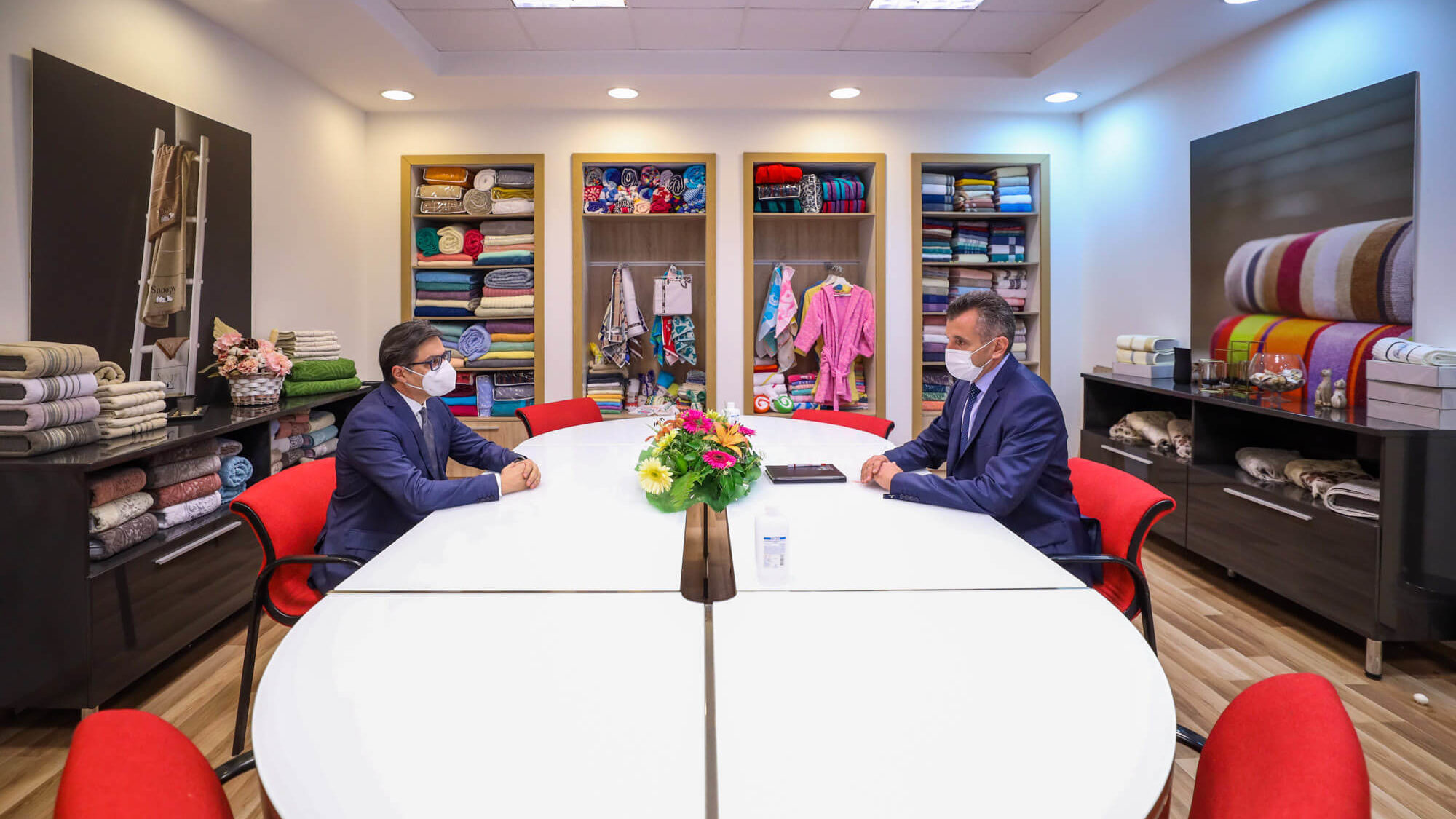 President Stevo Pendarovski visited Delchevo today within the “Face to Face with the President” project.

During the visit, President Pendarovski attended the promotion of the book “My Investment for Macedonia” in 2 volumes, by prof. Dr. Trajan Gocevski, an event organized in the framework of the celebration of September 7, the Day of the Liberation of Delchevo and September 8, the Independence Day of the Macedonian state.

As part of the celebration, President Pendarovski was awarded by the Municipality of Delchevo for special contribution to the fight against the fire in Pijanec and the development of the Republic of North Macedonia.

In the City Park of Delchevo, President Pendarovski met with the best students from the high school “Metodi Mitevski-Brico” – the best graduates from the school and the best primary school students in their generation in the municipality, who, in an informal conversation, presented their plans for further education. President Pendarovski wished them success in their future endeavors.