President Pendarovski meets in Stockholm with the Speaker of the Swedish Parliament, Andreas Norlen 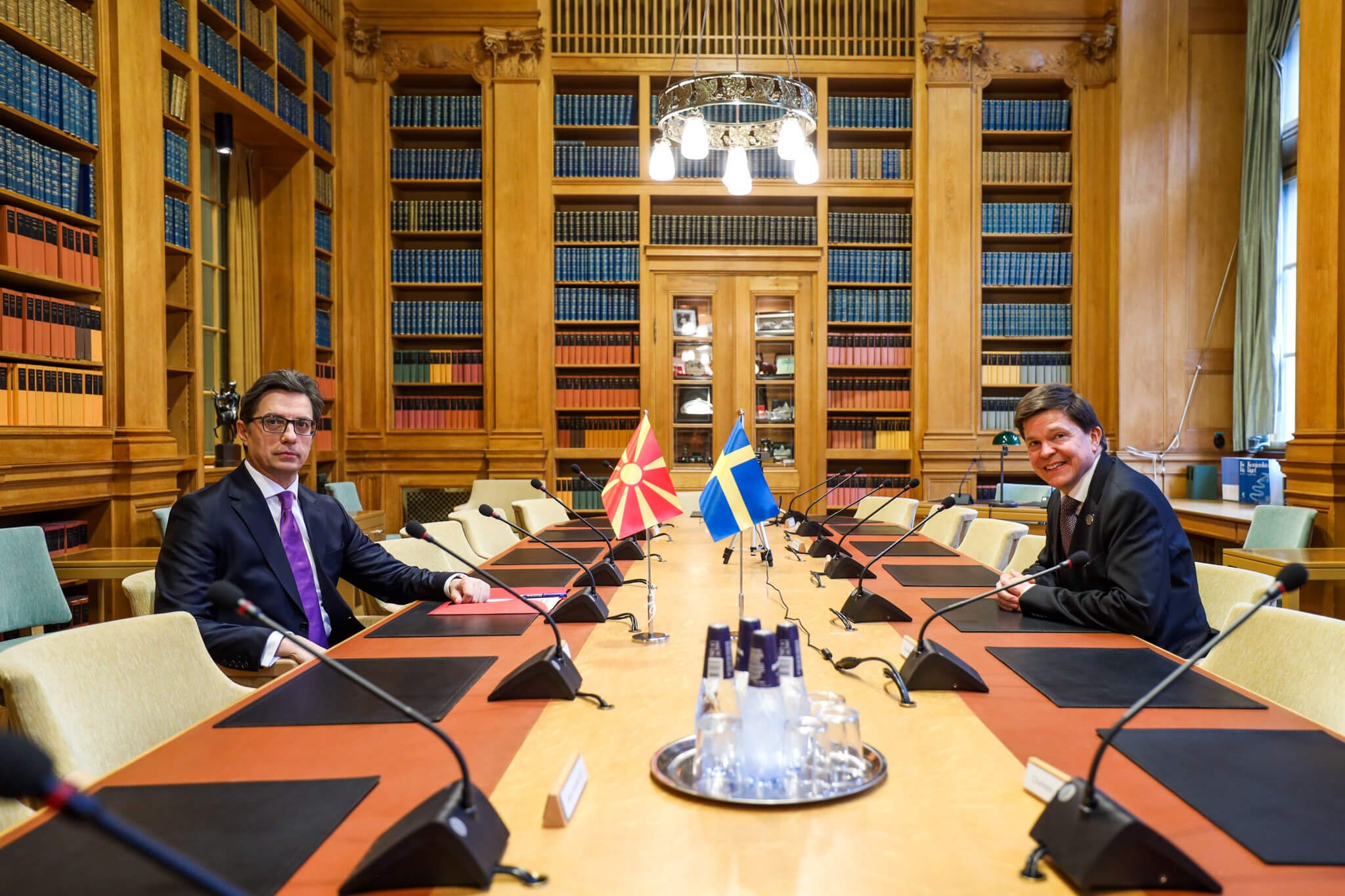 President Stevo Pendarovski, during his working visit to the Kingdom of Sweden, met today in Stockholm with the Speaker of the Swedish Parliament, Andreas Norlen, as well as with some members of the Committee on Foreign Affairs, the Committee on European Affairs, the Chairman of the Friendship Group of the Parliament of Sweden with the Assembly of North Macedonia and the Chairman and members of the Steering Group of the Cooperation for Democratic Development with North Macedonia.

The interlocutors discussed the process of enlargement of the European Union and the current developments in the European integration process, as well as the cooperation between the two parliaments. President Pendarovski, expressing gratitude for the principled support of Sweden, stressed that our country will continue to work on the domestic reform agenda. At the same time, President Pendarovski expressed the expectation that in the coming period the political support from Sweden will be strengthened. In this regard, President Pendarovski stressed that the stalemate in the European Union enlargement will affect the stability and will have long-term negative consequences on the development and prosperity of the region.

At the meeting, the interlocutors concluded that North Macedonia and Sweden nurture extremely dynamic and friendly relations, emphasizing the efforts to further intensify the political dialogue and cooperation. In that context, President Pendarovski and Speaker Norlen highlighted the recently established Steering Group for Democratic Development between the two countries’ parliaments as an important added value to parliamentary and bilateral cooperation in general.

In the Swedish Parliament, the interlocutors also discussed Sweden’s priorities as the current OSCE Chairman-in-Office, through which it advocates efforts to strengthen democracy, human rights and gender equality in all relevant forums, based on a strong commitment to the European security order.