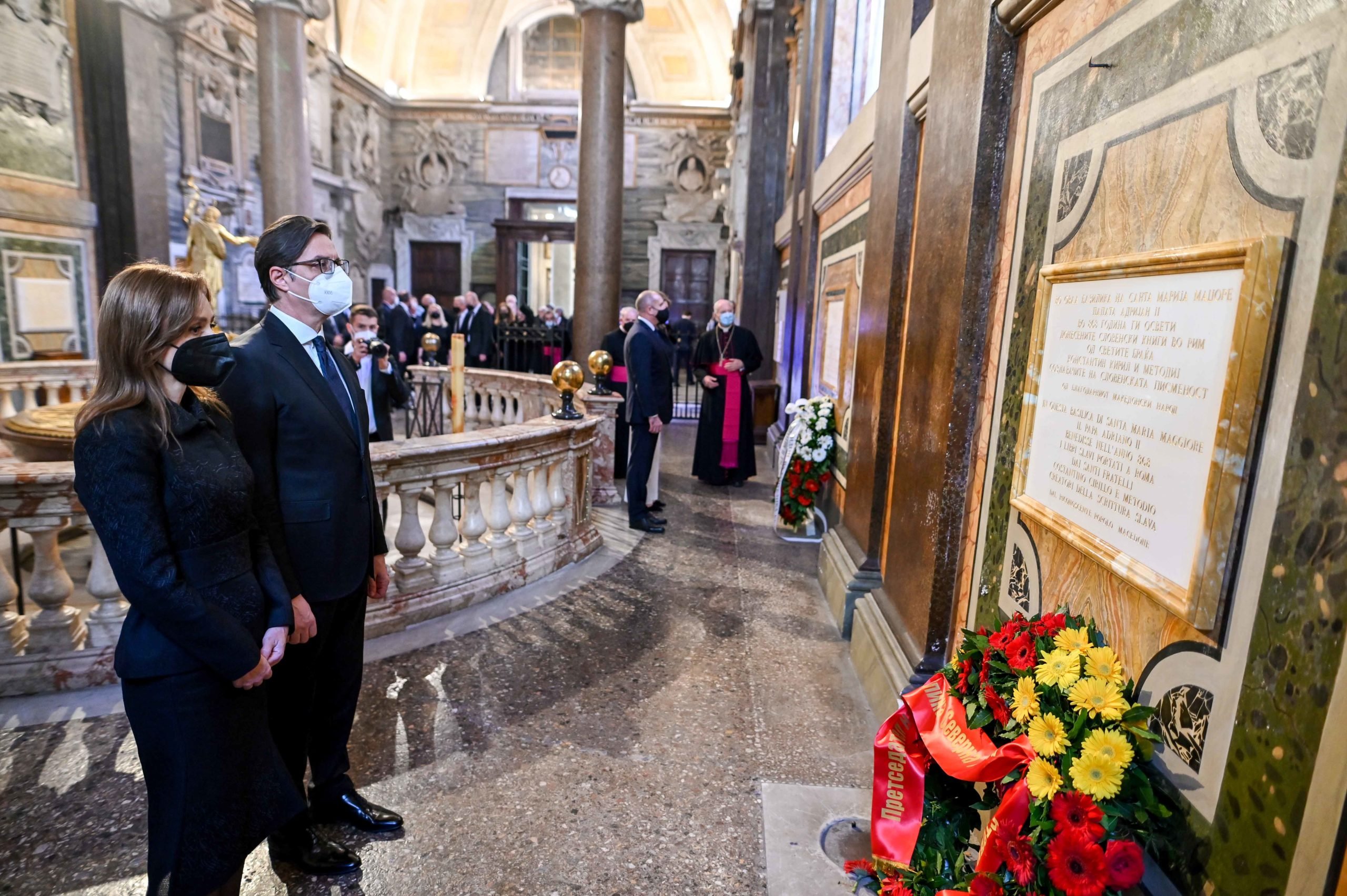 Presidents Pendarovski and Radev laid fresh flowers in front of the memorial plaques in the Basilica of Santa Maria Maggiore and jointly paid tribute to the work of the all-Slavic educators, the Holy Brothers Cyril and Methodius.

After the ceremony, the two presidents said that the joint commemoration of St. Cyril and Methodius in Rome contributes to the strengthening of good neighborly relations and mutual trust between the two countries and the two peoples.

“We want to show that there are people in the Balkans, there are politicians who can speak European when they talk about our current problems and challenges, and of course, about our future. In my colleague Radev these two days I found an interlocutor with whom we can speak the same language, I do not speak here about the Macedonian and Bulgarian language, I speak about the European language, which can only bring a better, happier future for our two countries and our two peoples”, President Pendarovski said, who added that progress is possible only if the two countries start the dialogue equally.

This morning, President Pendarovski had an audience with the Head of the Roman Catholic Church, His Holiness Pope Francis, and met with the Secretary of State of the Holy See, Cardinal Pietro Parolin.