17th session of the Security Council 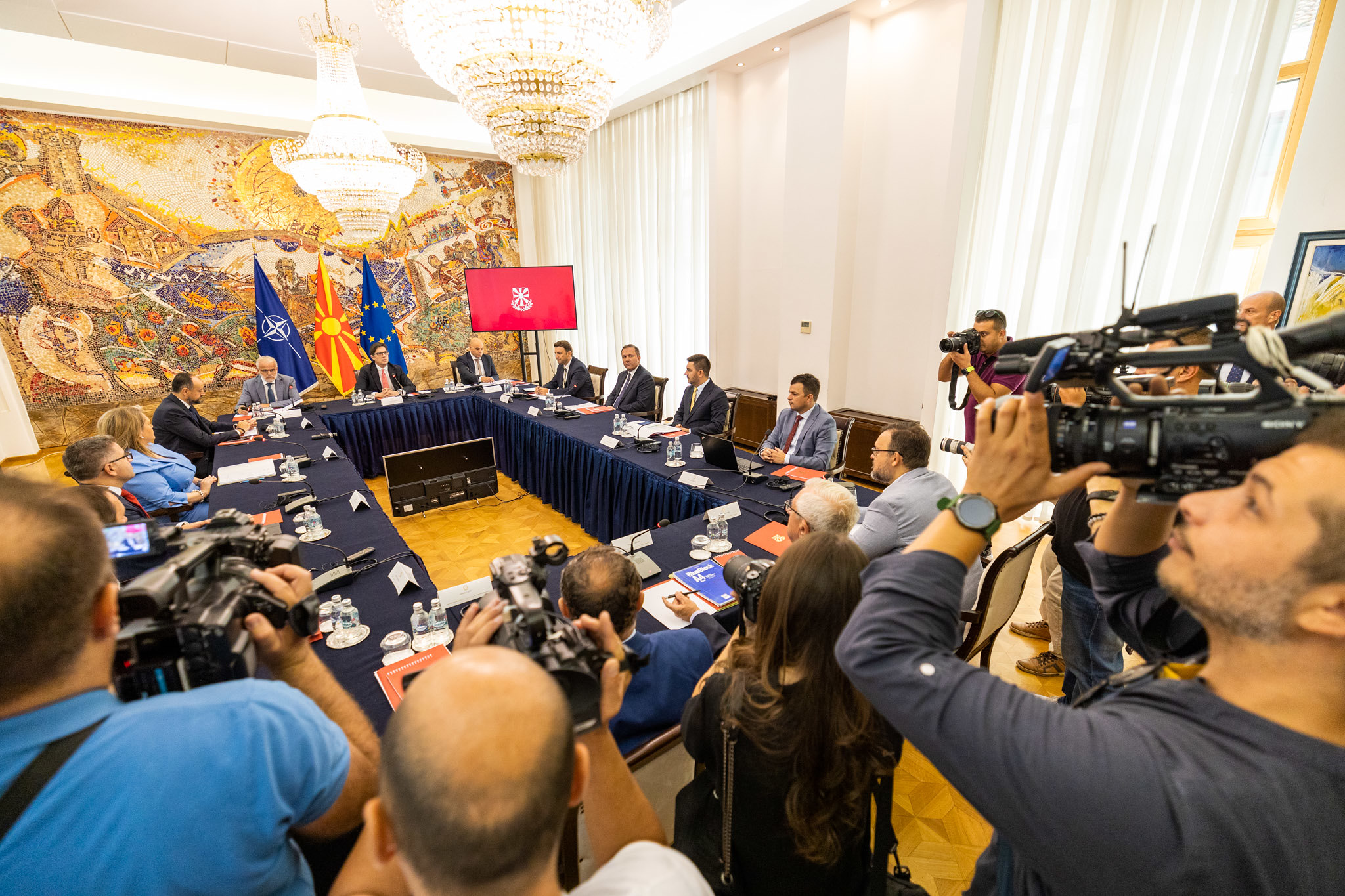 Today, the 17th session of the Security Council was held in the President’s Cabinet, having on the agenda the energy crisis in the Republic of North Macedonia and the measures to overcome it.

After the session, President Pendarovski stated that he convened the Security Council because he thinks it is important to hear all the authorities on a topic that is by far the most important at this time and affects virtually everyone, and a difficult winter is ahead of us all. The President said that the disturbed security of the European continent due to the war in Ukraine caused tectonic changes and several crises that are felt in several sectors.

President Pendarovski said that at the session of the Council, the representatives of the Government and competent institutions informed about the Government’s analyzes and projections for the upcoming autumn/winter season, the steps that have been taken so far to deal with the escalated price of electricity on the world markets, strengthening of domestic capacities for production, as well as the measures that will be taken to support households and the business sector in the coming period.