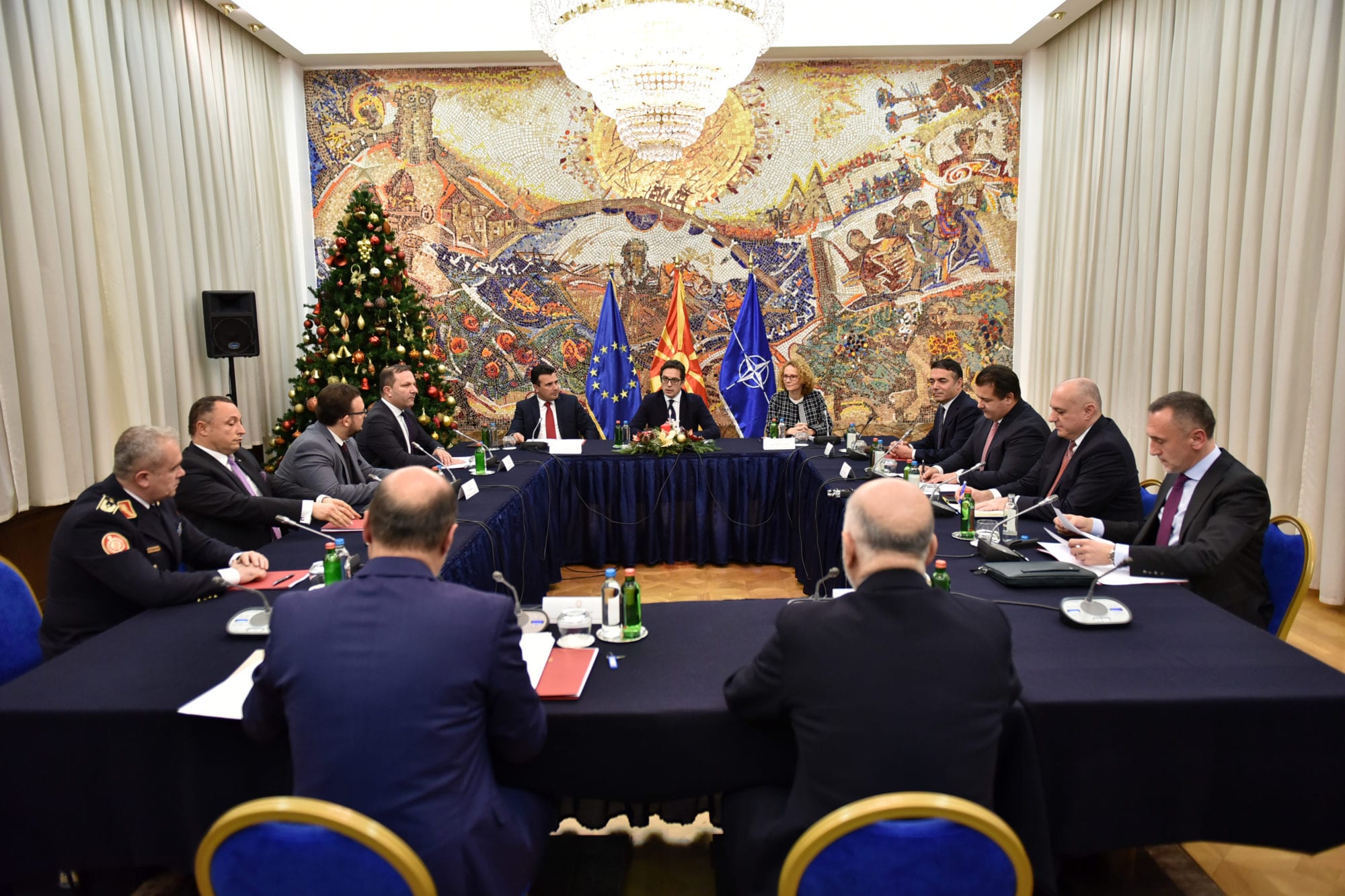 A regular session of the Security Council was held today in the Cabinet of the President of the Republic of North Macedonia.

In the second part of the session of the Security Council, which will be dedicated to the issue of air pollution, in addition to the Council members, representatives of the joint civic initiatives and organizations, who previously met with President Pendarovski on environmental protection, will also participate. In letters, they provided suggestions and initiatives to overcome pollution from burning landfills, fires and open air fires. The second part of the session will be attended by Naser Nuredini, Minister of Environment and Physical Planning, Jani Makraduli, Deputy Minister of Environment and Physical Planning, and Fejzula Spahija, Director of the State Environmental Inspectorate.