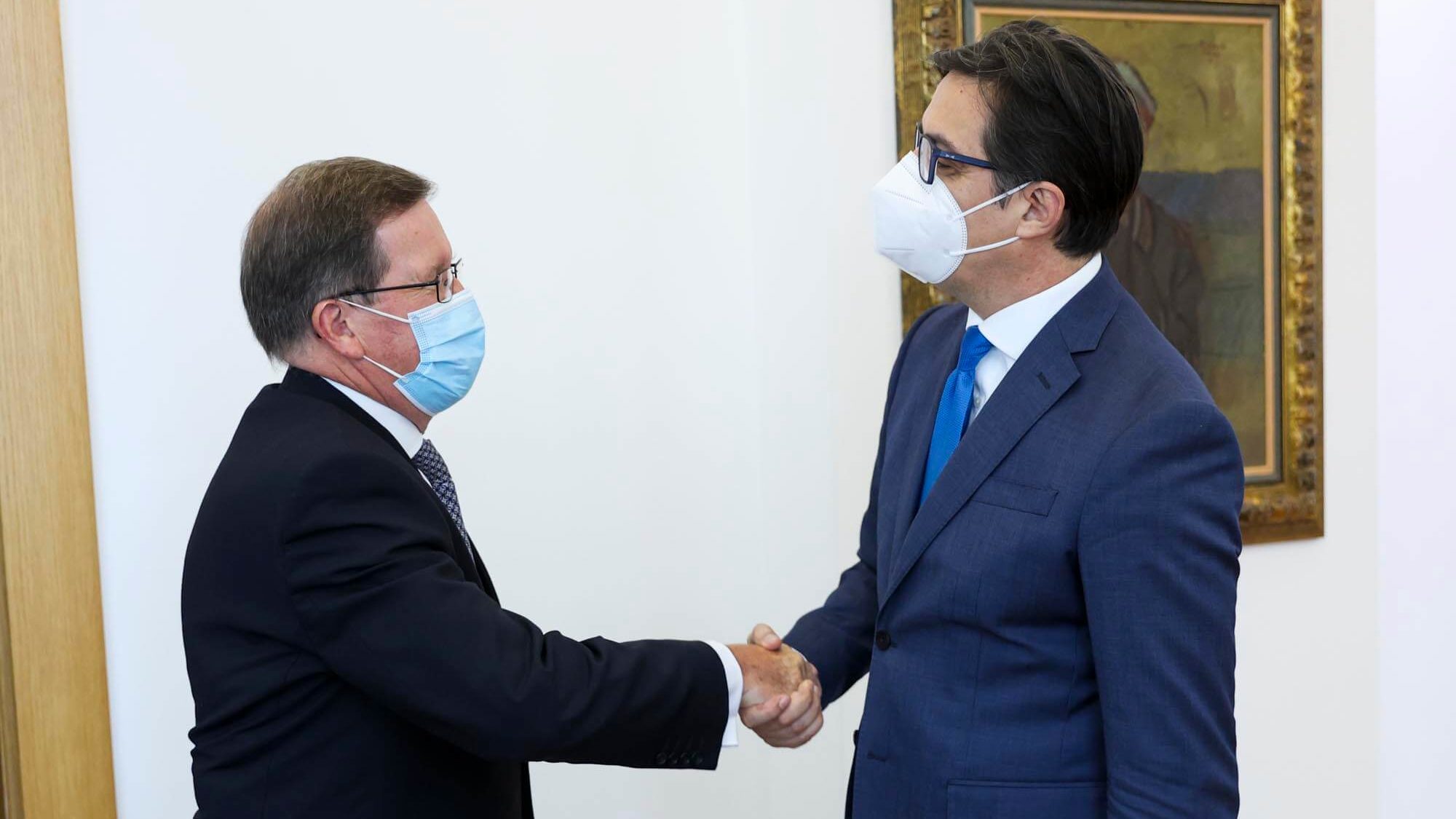 President Stevo Pendarovski received today former NATO Secretary General George Robertson, who is visiting the Republic of North Macedonia, on the occasion of the 20th aniversary of the Ohrid Agreement.

At the meeting, President Pendarovski stressed the key role of former NATO Secretary General Robertson in overcoming the 2001 conflict and reaching the Ohrid Framework Agreement. The interlocutors concluded that from this time perspective, the Agreement is a positive example of conflict resolution, which at the same time guarantees the state a stable and democratic future, i.e. institutional overcoming of all challenges. President Pendarovski stressed that, today, the Ohrid Agreement almost does not qualify as a particular threat and that the promotion of the rights of certain ethnic communities can lead only to positive social processes.

At the meeting, opinions were exchanged on the overall cooperation between North Macedonia and NATO, on the implementation of projects within the Alliance, as well as on defense reform processes. The interlocutors stressed the important contribution of the state in the security area, as a key precondition for stability and economic prosperity in regional and global contexts.

President Pendarovski and former NATO Secretary General Robertson also discussed the developments related to the integration of the Republic of North Macedonia into the European Union, as well as the country’s progress in key reform areas. In that context, President Pendarovski expressed gratitude for the continuous contribution of former NATO Secretary General Robertson for greater visibility and evaluation of our country’s efforts to move the European integration process forward.